For those behind bars, the U.S. Postal Service is crit­ical to commu­nic­at­ing with the outside world. To get a sense of just how import­ant it is, we spoke with Tami Eldrige and Kevin Hammer­schimdt about their exper­i­ences while incar­cer­ated and the role that mail plays in the day-to-day of life in prison.

Eldrige is currently incar­cer­ated in Bedford Hills Correc­tional Facil­ity in Westchester County, New York, and has been serving her sentence for more than 20 years. She is a mother of two and is in the process of receiv­ing a bach­el­or’s degree from Mary­mount Manhat­tan College-Bedford Hills.

Hammer­schimdt is currently a paralegal at the Square One Devel­op­ment Group in St. Louis. While incar­cer­ated, he earned an asso­ci­ate’s degree in polit­ical science and govern­ment through Wash­ing­ton Univer­sity in St. Louis’s Prison Educa­tion Project. This spring, he will receive his bach­el­or’s degree from the univer­sity while serving as a consult­ant with the Prison Educa­tion Project.

How does mail factor into daily life in prison?

Tami Eldrige: Through­out 19 years of my now 21 years of incar­cer­a­tion, my chil­dren’s lives have become tangible with every piece of mail that I have received. We have become emotion­ally connec­ted through letters, cards, school­work, and artistic efforts. We were able to touch, hug, kiss, and cry together through letters. My chil­dren invited me into their lives every day through their letters, and I constantly reminded them of my love through mine.

It is diffi­cult for me to give you an exact number of letters that I have sent or received. One letter feels as if it could fill one thou­sand days.

Kevin Hammer­schimdt: Letter mail means a lot to the incar­cer­ated, partic­u­larly for personal connec­tions. I also received a lot of corres­pond­ence courses — Chris­tian, college, paralegal — some of which are time sens­it­ive. The most import­ant, however, is legal mail, which is integ­ral to one’s abil­ity to move forward in their personal case proceed­ings.

How do/did you commu­nic­ate gener­ally with your family, friends, and legal repres­ent­a­tion?

Eldrige: Although we now have access to email, I still believe in the old school meth­ods of commu­nic­at­ing. I still write personal letters, make hand­made cards, and use fancy station­ery (as my daugh­ter calls it), which I believe is an effect­ive way to show my chil­dren that I am still person­ally vested in writ­ing to them. Also, hand­writ­ten letters display emotions such as express­ing grat­it­ude or bereave­ment to people who have impacted my life or my chil­dren’s lives during my incar­cer­a­tion.

Are/were other forms of commu­nic­a­tion — such as email, video, phone — easily access­ible in your facil­ity? Do you know if cost or avail­ab­il­ity limits your peers’ abil­ity to use these tech­no­lo­gies?

Eldrige: Emails and videos are easily access­ible to us because we are able to keep our tablets with us in our cells at all times. This allows us to view videos if they were sent and to write emails at our leis­ure — or to be later down­loaded on the kiosk, which is located in the common area of our recre­ation room. The “video gram” offers instant visions into our famil­ies’ and friends’ lives in 30-second inter­vals and same-day emails.

Inmates such as myself who do not receive any finan­cial support and live off of state wages cannot fully bene­fit from the services these tablets offer due to the high cost. Without prepaid stamps, purchased for me by my family and friends, I would not be able to email. We can also use the phone with the help of family and friends.

Hammer­schimdt: Emails cost 25 cents to send and phone calls are 5 cents a minute. I believe video calls still have not been imple­men­ted, and they will be very expens­ive.

Kevin, if the USPS had stopped provid­ing mail service in a timely manner, how would that have impacted your exper­i­ence during incar­cer­a­tion?

Hammer­schimdt: One issue I can certainly speak to is that legal mail is time sens­it­ive. In other words, provid­ing inform­a­tion or respond­ing to a legal issue (child support, civil cases, crim­inal cases, etc.) within 10 days of the mail­ing date is required. That is very hard to meet with the current oper­a­tion of the pris­on’s mail system. Consequently, further delays will make that impossible. After the insti­tu­tion receives legal mail, they say it gets prior­ity for deliv­ery, but there is at least a two- to three-day delay in getting it to the pris­oner. Once the recip­i­ent gets it, five or six days have elapsed of the 10 days allowed. Further mail­ing delays would deny the pris­oner an oppor­tun­ity to respond to time-sens­it­ive mail, and they suffer the many differ­ent reper­cus­sions that entails, legally and finan­cially.

Tami, what role does mail play in your abil­ity to receive an educa­tion behind bars?

Eldrige: Due to the onset of Covid-19, mail corres­pond­ence became a vital compon­ent for college students to finish out the winter semester. Now that we are in the fall semester, we have been fortu­nate enough to continue receiv­ing our educa­tion through mail corres­pond­ence. I am currently three classes away from receiv­ing my bach­el­or’s degree from Mary­mount Manhat­tan College-Bedford Hills campus.

If you could speak directly to Post­mas­ter General Louis DeJoy about the impact his reduc­tion of USPS capa­city has on incar­cer­ated indi­vidu­als, what would you say?

Eldrige: I would let him know that receiv­ing letters from loved ones, espe­cially if you are a parent, is a vital compon­ent to repair­ing and mend­ing rela­tion­ships. Also, letters cannot be supple­men­ted by any of these tech­no­lo­gical devices.

My chil­dren and I have irre­place­able memor­ies of moments and events that we can look back on and share that would not have been possible through any of these new forms of commu­nic­a­tion. I have what some of us longter­mers call “an archive of love letters” from my chil­dren that I am able to revisit. Moments like my chil­dren’s first time writ­ing in scrip­ted letters, their first picture they drew of me, their first song they wrote, them learn­ing how to write poetry, their first crush, and my most prized treas­ure: simply writ­ing a few lines to show that, even when they were busy, they thought to say some­thing to me and send it with a stamp.

Hammer­schimdt: Any change to the mail­ing system that causes disrup­tion of needed services or infringes on timely deliv­ery is egre­gious. DeJoy should take polit­ics out of the mail­ing system and not allow himself to be influ­enced by polit­ics in offi­cial decision making. The people (incar­cer­ated or not) are the ones who matter here — do not ever forget or lose sight of that. His changes will deny pris­on­ers’ access to the courts, family, and higher educa­tion.

Tami, is there anything else you would like people to know about the role that mail plays in the life of an incar­cer­ated person?

I have already mentioned the emotional impact mail corres­pond­ence has had through­out my two decades in prison. However, now as I strive for my free­dom, mail corres­pond­ence still remains an import­ant factor in my life as well as for other incar­cer­ated indi­vidu­als. In fact, the most recent letter that I got to include in my “archive file” was delivered by the USPS.

For my free­dom, I collect letters from family and friends for the parole board panel to consider. Included in that mail is a letter that I received from my eldest daugh­ter, who is now 26 years old, during the early years of my incar­cer­a­tion, where she asked me ques­tions like: “How long Mommy, will they keep you?” and “Will they let you go soon?’’ 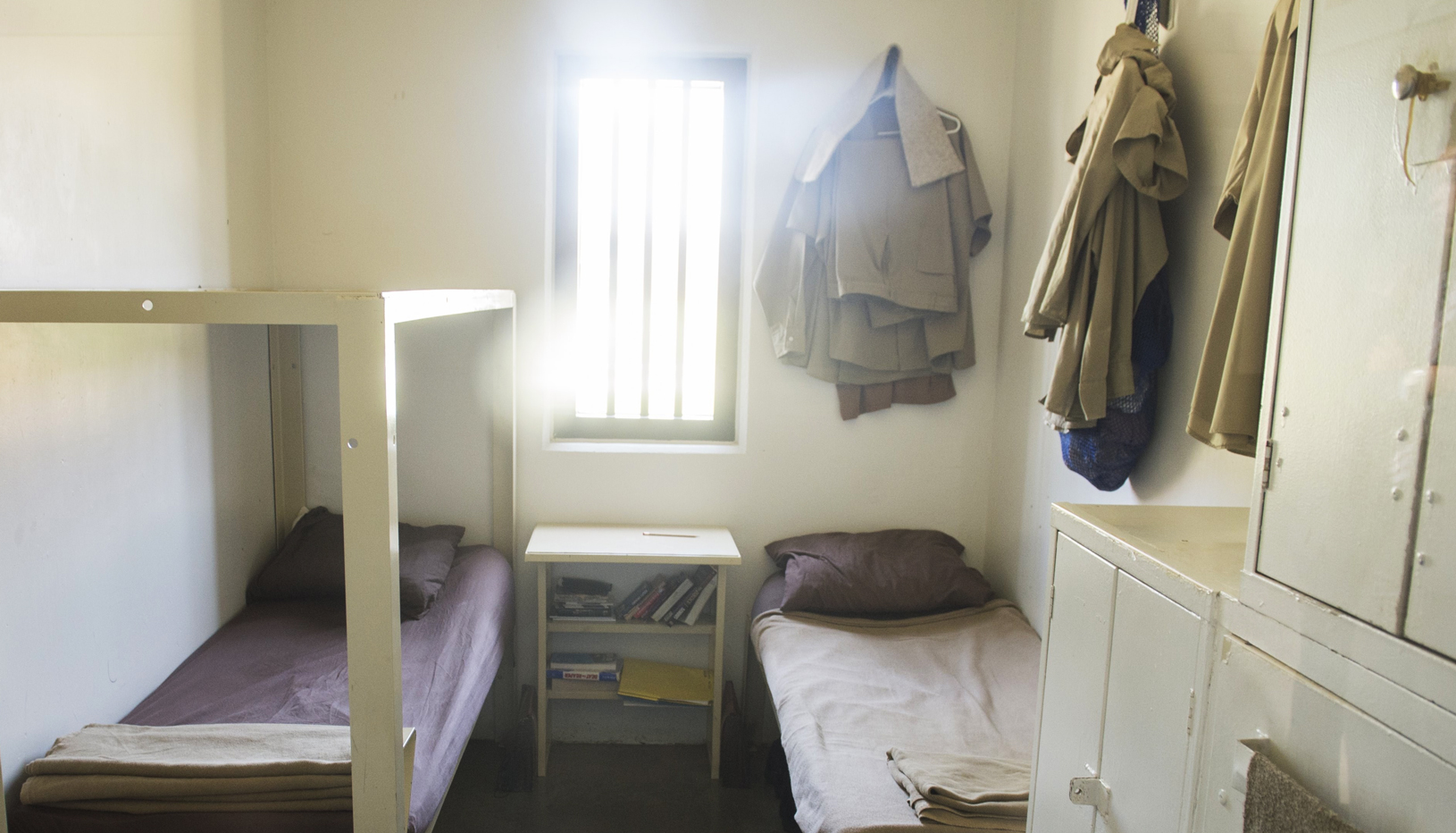 Receiverships for Jails and Prisons, Explained

Since the 1970s, the federal judiciary has used the instrument to root out intractable problems plaguing detention facilities.