State supreme courts play a powerful role in American life. Ninety-five percent of all cases are filed in state courts, and state supreme courts are generally the final word on state law. In recent years, state supreme courts have struck down restrictive abortion laws, redrawn gerrymandered congressional maps, and ordered hundreds of millions of dollars in additional funding for education — all as matters of state law.

Over the past few decades, the selection of state supreme court justices has become increasingly politicized, particularly in the 38 states that use elections, where million-dollar races have become the norm. A judge’s job is to apply the law fairly and protect our rights, even when doing so is unpopular or angers the wealthy and powerful. But the reality of competing in costly, highly politicized elections is at odds with this role. Left unchecked, these trends can undermine the integrity of state supreme courts and the public trust that undergirds their legitimacy.

The Brennan Center urges states to eliminate elections for supreme court justices and to instead adopt a publicly accountable appointment process conducted by an independent nominating commission. We also urge all states, regardless of whether they use elections or appointments, to adopt a “one and done” lengthy single term for their justices, so that justices can decide cases without worrying that following the law could cost them their job.

These proposals are the result of a multi-year project taking a fresh look at state judicial selection. We focused on state supreme courts, where the rise of politicized elections has been most pronounced. We studied how each state selects its justices, spoke to dozens of experts and stakeholders, reviewed the extensive legal and social science literature on judicial selection, and considered reform proposals from bar associations, legislatures, and scholars. 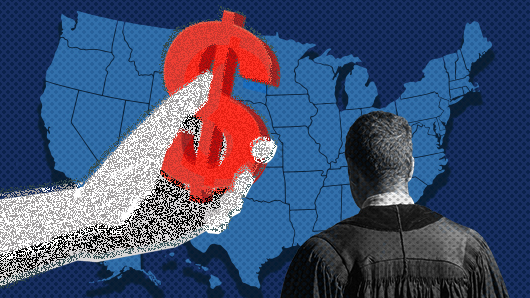