In a bit of political irony befitting the times, the very thing that makes it possible for families to gather safely in person this Thanksgiving — the COVID-19 vaccine — may be the source of the most contentious dinner table conversations.

Public health measures concerning the coronavirus have become highly politicized. Trump voters are ten times as likely as Biden voters to reject the vaccine. And more than 70 percent of Biden voters say they do not respect those who choose to be unvaccinated. Stir in critical race theory, abortion laws, and voting rights, and you have the recipe for an unusually bitter Thanksgiving dinner.

But it doesn’t have to be.

A new paper from the Brennan Center shows that intergenerational interactions — like those that occur during holiday gatherings — present an opportunity for the type of engagement and deliberation necessary to temper the political polarization presently roiling the nation. It introduces the concept of civic intergenerationality, a productive exchange of civic knowledge and experiences between members of different generations.

Too often, generational differences are seen as sources of conflict, especially in gatherings of extended family. Each Thanksgiving, for example, reporters serve up tips on how to fight with your family about politics. This reinforces an unfortunate conversational dynamic: older adults perceive youth as naïve and presumptuous, while younger family members feel dismissed and discounted. Each generation caricatures the others, and the inherent power imbalances between older and younger individuals distort their conversations.

Instead, intergenerational civic learning demonstrates that dialogue across generational lines can develop valuable civic skills such as productive communication, mutual respect, and confidence exercising one’s agency. It encourages trickle-up learning, wherein younger people assume the role of educator and facilitate adult civic learning that creates a more informed and engaged citizenry. The theory builds on decades of scholarship showing that there is civic value in individuals’ everyday talk.

These competencies are particularly needed during Thanksgiving. A 2018 study found that bipartisan Thanksgiving gatherings were 30 to 50 minutes shorter than those where attendees were of the same party, resulting in a nationwide loss of about 34 million hours of dialogue due to hyper-partisanship.

Moreover, intense debates are rarely about the details of specific public policy issues. Rather, dinner table political discussions are proxies for one’s identity and feelings, thereby causing policy differences to be perceived as personal attacks that lead to animus. Suddenly, discussions about climate change, immigration, or racial justice are perceived to be wholesale attacks on participants’ character and beliefs. As the conversations escalate into arguments, individuals exit the dialogue, avoid further talks, and squander the opportunity for civic learning.

According to the Brennan Center’s research, in order for the nation to leverage the benefits of civic intergenerationality, we must understand a few factors at play when generations engage. The first is adultism, or the recognition that older generations typically hold more power in societies. Learning across generational lines requires power-sharing that challenges the typical state of relationships. The second is intentionality, which means that participants must enter conversations with compassion and a desire to engage rather than with a mindset to win the argument. And third, location matters. That is, civic intergenerationality differs depending on where it occurs, whether within homes, schools, churches, or community organizations.

Part of the reason for the toxic polarization in our politics today is the lack of good faith engagement across the ideological spectrum. Polls continue to show that partisans consider each other to be threats to the nation and conceive of political debates as existential battles to be won at all costs. Not only is this a product of decreasing social contact across political divides, but it’s also a result of individuals overestimating the differences between themselves and others.

Civic intergenerationality provides a pathway to work ourselves out of this quandary. Because these interactions often occur where trust between the participants is already established, it can be particularly resilient to divisive appeals. While not a silver bullet solution to our civic crisis, it can be instrumental to strengthening our democracy.

And, importantly, it can keep Thanksgiving arguments to more mundane things, like the merits of canned cranberry sauce or whether turkey is responsible for the inevitable afternoon naps. 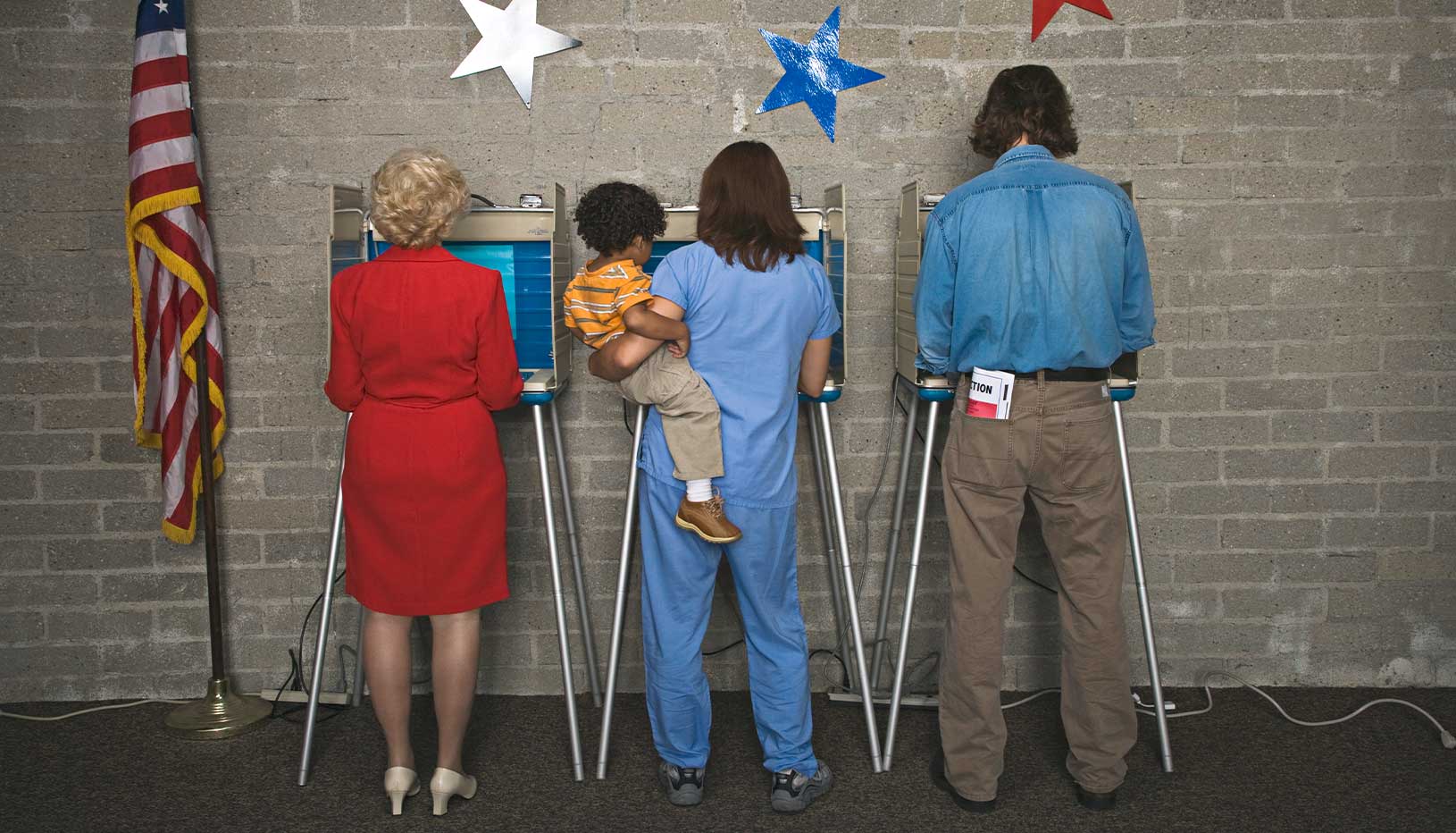 Generational divisions all too often mark political fault lines, but they can also catalyze mutual learning and democratic renewal.