UPDATE: On October 20, Senate Republicans voted to block debate on the Freedom to Vote Act and prevent the bill from receiving a floor vote.

On Wednesday a vote will occur in Congress that has serious implications for our democracy.

The Senate will vote on whether or not to begin debate on the Freedom to Vote Act, a critical step toward passing this landmark legislation. It was crafted by lawmakers including Sens. Joe Manchin, Amy Klobuchar, and Charles Schumer. In response to the wave of anti-voter attacks in the states, it establishes a significant set of new national standards and reforms to make our democracy work better for all.

In 2020, despite the pandemic, and despite voter suppression, we had the highest turnout since 1900. The election was secure and safe. It was a remarkable achievement. The response: Trump’s Big Lie, an insurrection driven by that lie, and now a wave of new state laws also driven by that lie.

Nineteen states have passed 33 laws making it harder to vote. State and local election administrators face violent threats and intimidation for their public service, as Republican-controlled legislators try to rig election rules to assure their control at the state and federal level. And in both Democrat- and Republican-controlled states across the country, partisans are drawing maps that lock in their party’s control in a way that too often discriminates along racial, ethnic, and partisan lines.

The Freedom to Vote Act would stop this voter suppression and gerrymandering, cold.

It creates national standards for voting access in federal elections that will neutralize many of the restrictive voting laws passed in the states. It mandates early voting, no-excuse mail voting, an Election Day holiday, and protections for voters with disabilities to make voting as convenient as possible.

It also protects the free and fair administration of our elections. The bill would prevent the politicized removal of election officials as well as safeguard them from partisan intimidation and harassment during the election process. And to prevent partisan election manipulation, the Freedom to Vote Act sets uniform rules for vote counting nationwide.

Now, for the first time, a clear majority of the Senate — all 50 Democrats and Vice President Kamala Harris — support this bill. But it is meeting intense resistance from Republican senators, who don’t want to even debate the bill, much less work toward passing a bill both sides can agree upon. As Senate Majority Leader Schumer said on Monday, if we’re going to protect our democracy, “Our Republican colleagues must agree to come to the table first. They should agree to let the Senate begin debate.”

If the bill is blocked, the story should not be “Democrats in disarray” but “Republican obstruction.”

President Biden has said we face the greatest threat to our democracy since the Civil War. Strong words. But unfortunately, so far, not matched by an intense, sustained, and focused attention on how we can strengthen our democracy against these attacks. A Washington Post reporter asked me if we were “cautiously optimistic” the White House would engage more deeply. I replied that we are “anxiously optimistic.”

I worked in a White House for seven years, including as President Clinton’s chief speechwriter. I know that presidents can’t magically produce legislative action. Even the use of the bully pulpit rarely sparks a wave of public demands for change. But presidents can do a lot — and at key moments. The “soul of America” is at stake. 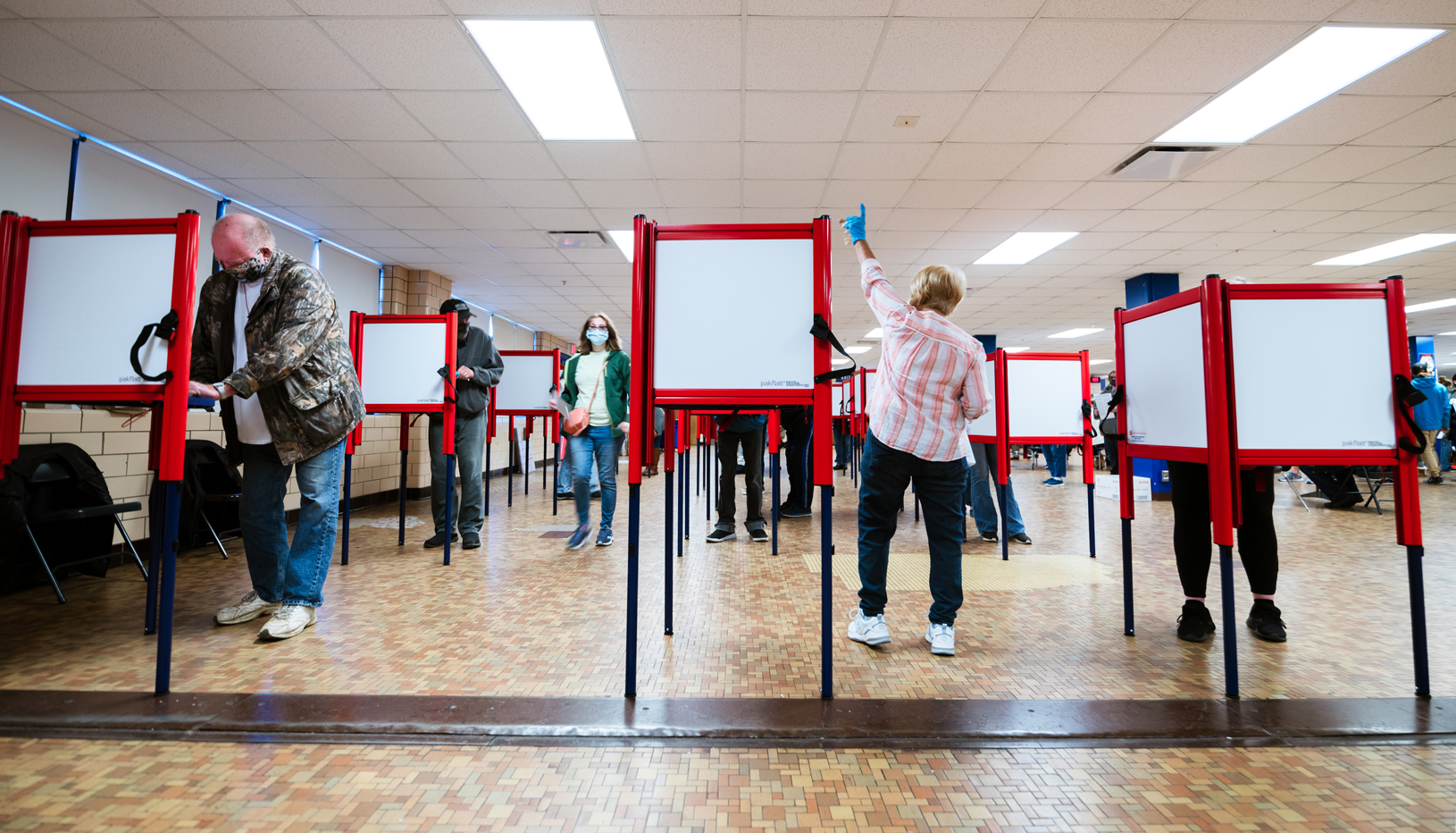 The Freedom to Vote Act

The bill would protect our elections from voter suppression, partisan sabotage, gerrymandering, and dark money.