This originally appeared in the Boston Globe.

With a month and a half left until Election Day, far too many Americans are worried about whether their votes will count or the election will be fair. One culprit: President Trump, who has been waging an unprecedented and relentless campaign to undermine faith in the legitimacy of our elections. To be clear, those attacks are built on lies. The US election system is secure and resilient, and it is patriotic, not problematic, for public officials to adjust voting methods to ensure that every eligible citizen can cast a ballot without risking their health. Nonetheless, the president’s insidious claims resonate with some Americans, in part because our democratic system indeed has fundamental weaknesses — just not the ones he suggests.

This year’s primaries have shone a spotlight on some of the ways our elections still operate to exclude many voters: Hours-long lines at the polls in major population centers. Plummeting voter registration numbers. Hundreds of thousands of validly cast ballots uncounted. And more than 180 lawsuits pending across the country challenging obstacles to voting safely by mail or at the polls during the pandemic. The right to vote should be sturdier than that.

These problems don’t afflict all voters equally: Black and brown voters bear the brunt of voting barriers. When Milwaukee closed all but five of its 182 polling places for its April primary, it depressed turnout by 8.6 percent overall, and by 10.2 percent among Black voters. The concentration of long lines in communities of color is not new; in 2018, for example, Latino voters waited on average 46 percent longer, and Black voters 45 percent longer, than white voters. And multiple studies show that mail ballots cast by nonwhite voters are twice as likely to be rejected as those cast by white voters.

This election is playing out amid a long-overdue reckoning with systemic racism and chronic racial inequality across all our institutions — from policing, to education, to health care. To solve any of these urgent problems, our voting system must face a similar reckoning. Existing voting laws cannot deliver a fully fair and equal system for all Americans (even though they are strong enough to allow courts to clear some egregious voting obstacles this year). There is too much room for vote suppression, discrimination, and manipulation of rules for partisan gain.

To build the truly representative democracy of our future, the guardrails against discrimination in voting must be strengthened. But that is not enough to root out the systemic racism already baked into the system, nor to ensure that our democracy is truly responsive to voters. Our core democratic systems need a fundamental reboot to ensure that they work for all Americans.

Fortunately, the approach we need already enjoys significant support among Democrats in Congress. Last year, the House passed the For the People Act — as well as the Voting Rights Advancement Act. Together, these measures would transform our democracy while significantly advancing racial equity in our political system.

The Advancement Act would undo the most serious blow to voting rights of the last half-century: the Supreme Court’s 2013 ruling in Shelby County v. Holder, which gutted the core of the landmark 1965 Voting Rights Act and ushered in a host of discriminatory voting schemes, from strict voter ID requirements to reductions in polling places.

The For the People Act would move our democracy forward while countering some of the most harmful and discriminatory voter suppression tactics of the past decade. Its key provisions include nationwide automatic voter registration, along with online and same-day registration. This would add millions to the rolls while preventing officials from manipulating the voter registration process — such as through discriminatory voter purges — to suppress votes.

A mandate to restore voting rights to all Americans with past criminal convictions after they are released from incarceration would eliminate one of the most powerful vestiges of Jim Crow. It would also fix a troubling recent court ruling that allowed the Florida legislature to disenfranchise more than 775,000 returning citizens unless they pay off legal financial obligations they cannot afford. And a nationwide minimum of 15 early-voting days, including weekends, would offer convenience and reduce lines at the polls while pushing back against discriminatory cuts some states have made to voting hours.

These and other provisions would strike a powerful blow for racial equity in our voting system. Had they been in place this year, states would also have been much better prepared to run safe and fair elections during the coronavirus pandemic.

But our democracy problems go beyond vote suppression to a host of other issues: partisan gerrymandering, election security, and a private campaign-funding system that gives a tiny cohort of unrepresentative major donors disproportionate sway over policy. The For the People Act tackles those too. A core component is a small donor-matching system that would amplify small contributions to federal candidates, expanding the influence of ordinary Americans and breaking down barriers for a more diverse array of candidates to mount viable campaigns without resorting to big-money networks.

Our democracy faces an urgent challenge. But this is also a moment of extraordinary opportunity: For the first time in years, the health of our democracy has become a central issue of public concern. We have the tools to strengthen our democracy for everyone while striking a blow to the broader systemic racism it reflects. We should not let this chance go to waste. 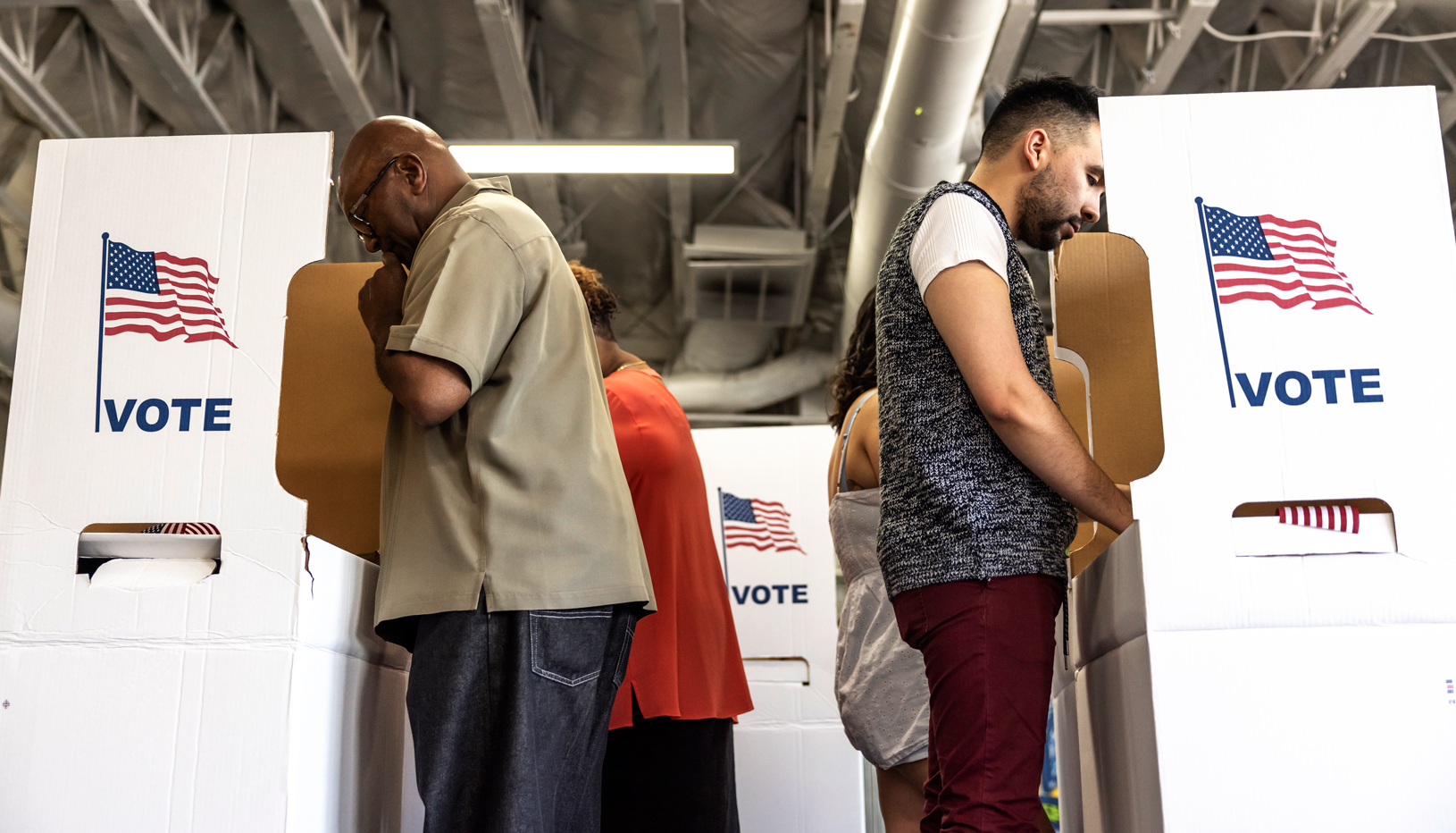 Voters in some states are facing new barriers as they cast ballots in the midterms. Other new state laws are increasing the risk of election interference this fall and in future elections.