Below, we compile quotes from campaigns’ ads, websites, social media posts, and statements reported in the media that illustrate endorsement or opposition to election denial — claims that the process or result of the last presidential election was illegitimate. Each of the candidates is running for an office that will play a role in administering future elections in Nevada. Information about the financing of these campaigns and those in other battleground states can be found here.

Michele Fiore (R), a member of the Las Vegas City Council, said in a February primary debate that Trump is the “rightful president of the United States. . . . There was voter fraud, and he won Nevada.” In a campaign ad, Fiore lists “stop voter fraud” as one point in her three-point plan.

Joey Gilbert (R), who was endorsed by the Nevada Repub­lican Party but lost the primary, defen­ded his claims the elec­tion was stolen in a May inter­view, arguing there were “six states that shut our count­ing down for the first time in our nation’s history for weeks,” and, “it’s common sense, [Joe Biden] didn’t get 80 million votes.” Gilbert believes Trump won and is “still our pres­id­ent.” He has tweeted calls to “decer­tify” the 2020 elec­tion. Gilber­t’s campaign sent an email to support­ers that begins, “If our votes don’t count, our repub­lic is doomed.” The email goes on to call on Gilber­­t’s support­ers to serve as poll work­ers, explain­ing: “Watch­ers are only able to witness fraud taking place. Work­ers can stop it when they see it.” Another email claims that errors on voter rolls in 2020 mean “almost HALF of all votes could have been stolen." 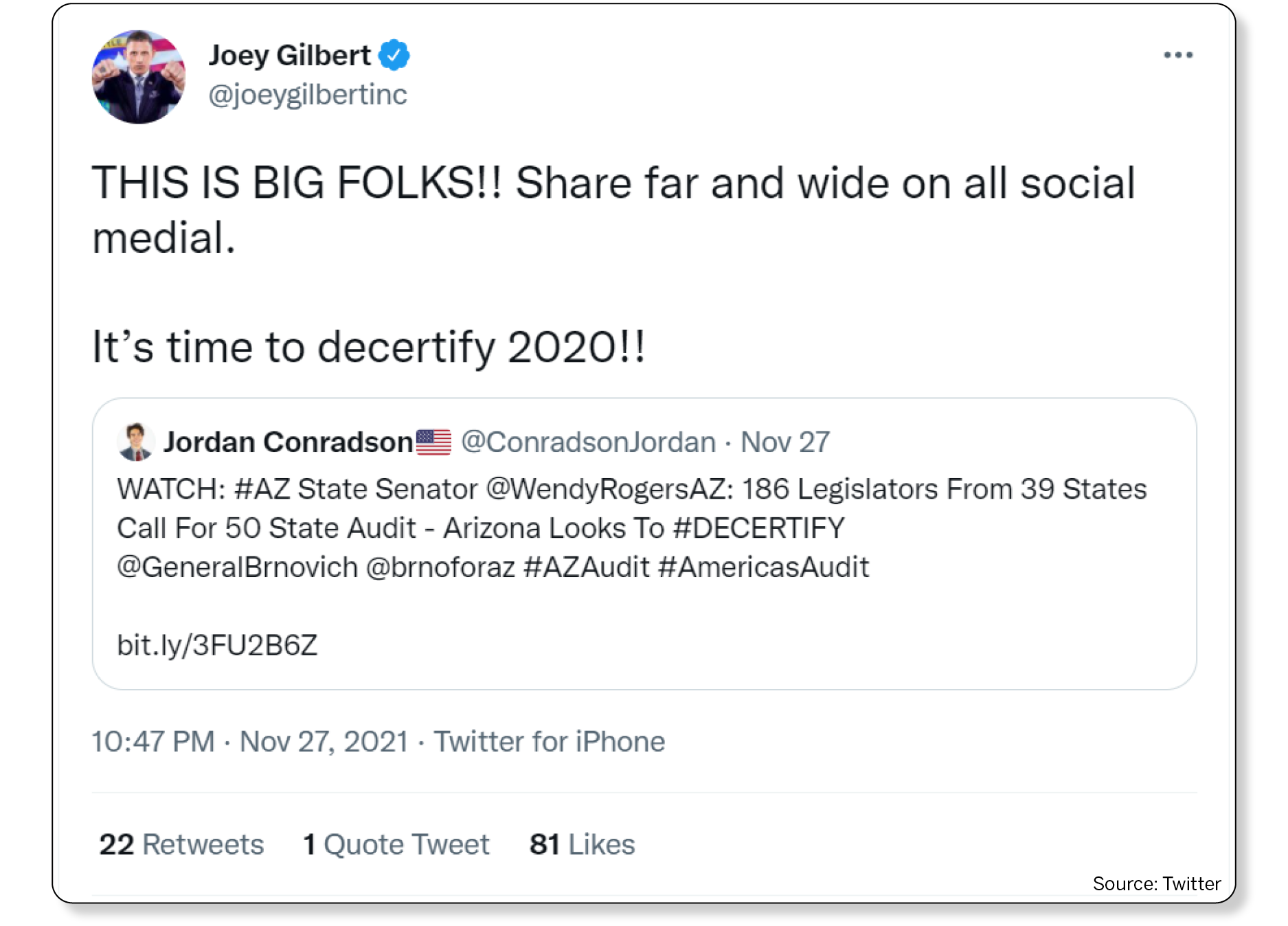 Tom Heck (R) has TV ads in which he declares, “Trump won, Biden lost, Democrats and RINOs stole the 2020 election.” His campaign website describes “a grotesque abuse of our election system nationwide” and includes among Heck’s goals to “End Universal Mail Ballots” and “Create a Citizen-Based Election Oversight Committee.”