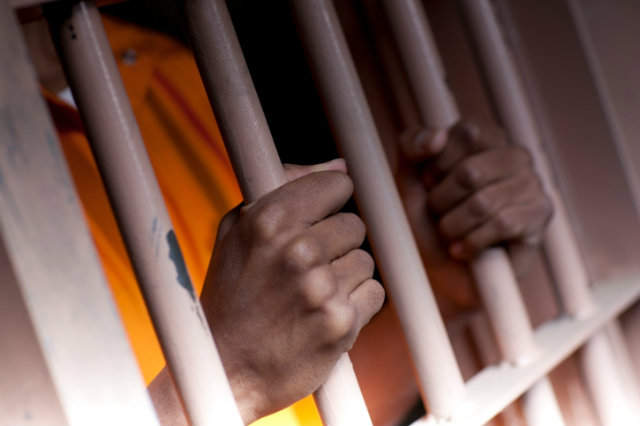 Four hours after the Senate Judiciary Committee began a hearing on the wisdom of limiting the impact of “mandatory minimum” sentences in criminal cases, the folks at the Sentencing Project, a nonpartisan advocacy group, issued a report titled “Life Goes On” about the pervasive use of life-without-parole sentences around the nation. “The number of prisoners serving life sentences continues to grow,” the authors wrote in their summary, “even while serious, violent crime has been declining for the past 20 years and little public safety benefit has been demonstrated to correlate with increasingly lengthy sentences.”

The details of the report are stunning: As of 2012, there were 159,520 people serving life sentences, an 11.8 percent percent rise since 2008. One of every nine individuals in prison is serving a life sentence. The population of prisoners serving life without parole (LWOP) has risen more sharply than those with the possibility of parole: there has been a 22.2 percent percent increase in LWOP since just 2008, an increase from 40,174 inmates to 49,081. Approximately 10,000 lifers have been convicted of nonviolent offenses. Nearly half of lifers are African American and 1 in 6 are Latino. More than 10,000 life-sentenced inmates have been convicted of crimes that occurred before they turned 18 and nearly 1 in 4 of them were sentenced to LWOP. More than 5,300 (3.4percent percent) of the life-sentenced inmates are female.

As with just about everything else about America’s criminal justice systems the racial disparity is jaw-dropping. “Nationally,” the report tells us, “almost half (47.2 percent ) of life-sentenced inmates are African American, though the black population of lifers reaches much higher in states such as Maryland (77.4 percent), Georgia (72.0 percent), and Mississippi (71.5 percent). In the federal system, 62.3 percent of the life-sentenced population is African American. Non-whites constitute nearly two-thirds of the total population serving life sentences.” But the unequal justice is not limited to the race or ethnicity of offenders. It also matters a great deal where you committed the crime. From the report:

Though LWOP is available in nearly every state, 11 such prisoners are disproportionately represented in Florida, Pennsylvania, Louisiana, California, and Michigan. Combined, these five states account for over half (57.7percent) of all LWOP sentences nationwide. In seven states—Alabama, California, Massachusetts, Nevada, New York, Utah, and Washington—more than 15percent of the prison population is sentenced to life. Additionally, in 22 states and the federal government, at least 35percent of the lifer population is ineligible for parole.

If the Sentencing Report paper reminds us of the immediate need for essential reform—which is why Senator Patrick Leahy (D-Vt) and other federal lawmakers finally are beginning to stir—the reaction to those statistics by and among conservatives creates reasonable hope that the reform may actually come. For example, citing a Rand Institute study that “found mandatory minimums for nearly all drug offenders are not cost-effective,” Marc Levin, of the Texas Public Policy Foundation, told lawmakers at Tuesday’s hearing that Congress and the courts (and prosecutors and prison officials) have simply gone too far in reaction to generations-old perceptions about crime:

As crime began increasing in the 1970s, Americans and particularly conservatives were correct to react against the attitudes and policies that stemmed from the 1960s, which included an “if it feels good, do it” mentality and a tendency to emphasize purported societal causes of crime while disregarding the fundamental individual responsibility for crime. In the ensuing couple of decades, a six-fold increase in incarceration occurred, some of which was necessary to ensure violent and dangerous offenders were kept off the streets.

However, the pendulum shift while necessary went a bit too far, sweeping too many nonviolent, low-risk offenders into prison for long terms while at the same time recent years have yielded new research and techniques on everything from drug courts to actuarial risk assessments to electronic monitoring to pharmacological interventions to treat heroin addiction.

Inimai Chettiar, the Director of the Justice Program at the Brennan Center, agrees, emphasizing one particular kind of “mandatory minimum” that amounts to a “maximum” in many states. “The overuse of life without parole sentences adds to the country’s mass incarceration problem,” she told me Thursday. “Punishment by its very definition should include some sense of proportionality to the crime committed. Life sentences for violent crimes often do not make sense. These types of sentences are one of the reasons we have so many elderly prisoners. Older prisoners pose little safety risk, yet are very costly to house.”

The authors of the Sentencing Report study also emphasized the role of life sentences in the calculus of mandatory minimums. “Lifers continue to be largely excluded from the discussion of sentencing reform,” they conclude. This is a terrible mistake. In many cases the most egregious cases of injustice—and the most costly to taxpayers—involve prisoners serving life sentences without parole. Indeed, consider the sad story of Herman Wallace, a 68-year-old man long ago convicted of murder and sentenced to life without parole. Wallace now has cancer and the case against him, which was deplorable to begin with, has fallen apart at virtually every level. Yet his claim for relief has been pending in federal court for two years.