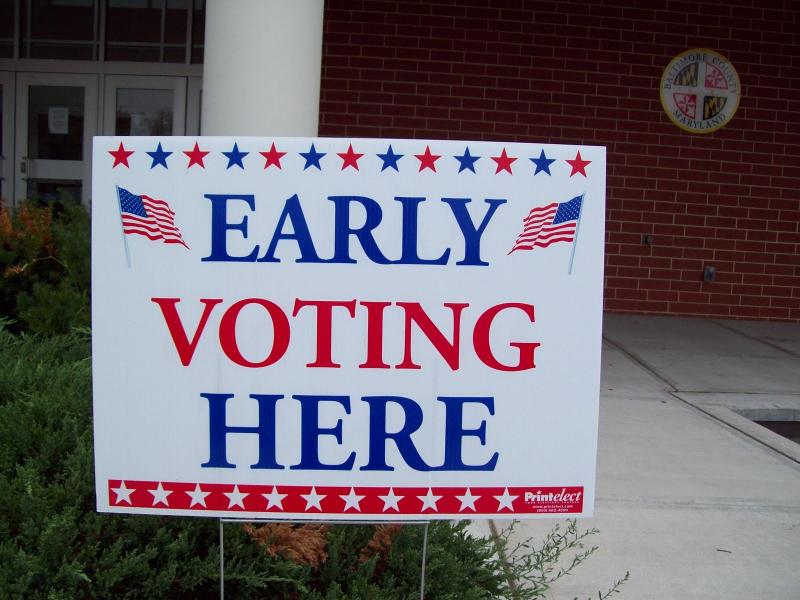 The fact that early voting is even a contentious issue in America today tells us a great deal about how poisoned our politics has become; how untethered it often can seem  from sense and sensibility. Of course, more early voting options would offer the American people more convenient and practical ways in which to exercise their franchise. Giving voters more “time, place, and manner choices” when it comes to casting a ballot makes sense as a market-based concept. And it is self-evidently a good thing, a constitutional thing you could say, for state and local governments to make it easier for registered voters to participate in the democratic process.

And yet despite all the obvious benefits to early voting, great legal and political battles are being waged all over the country over the practice. Some of the reasons for this are practical, some partisan. As a practical matter, as a matter of inertia, many state and local officials simply don’t want to change the old model of voting, where citizens line up, often for many hours, to cast a ballot on Election Day. As a partisan matter, many of those same officials simply don’t want to offer more voting opportunities to working-class voters, who find it inconvenient to have to cram into the beginning or end of a work day — a Tuesday — their civic responsibility to cast a ballot.

On Thursday, the Brennan Center published a new report on the subject — titled Early Voting: What Works — and it’s a valuable addition to the conversation for at least two reasons. First, it sets forth in detail the precise benefits to the practice. It alleviates lines on Election Day — no surprise. It improves poll worker performance — surprise. It allows “early identification and correction of registration errors and voting system glitches” — two of the problems that animate so much of the debate today over voter identification rules. What the report really tells us, in other words, is that early voting can be a solution to the contentious political problems surrounding voting rights.

Second, the report lays bare some of the shibboleths that have surrounded the issue over the past few years. And here I will focus upon the inevitable response reluctant officials employ when confronted with a push for more “early voting.” It’s too expensive, they say. We can’t afford it. But the Brennan Center study concludes that there is no hard evidence (yet, anyway) that increasing early voting options will dramatically increase the costs of elections. And, as the report tells us, even those local officials who acknowledge the increase costs of early voting contend it’s worth it anyway to prevent Election Day chaos and inconvenience. From the Brennan Center report, on the costs of early in person voting (EIPV):

The potential for cost savings and other efficiencies are issues that deserve further study. Election officials were split about whether EIPV increased or decreased costs. For every election administrator who asserted with great certitude that EIPV saved money, there was one who maintained just the opposite. None of the officials interviewed had completed an assessment about the incremental costs and savings of EIPV.

Those that described EIPV as cost-efficient pointed to considerations such as the need for fewer voting machines or polling places on Election Day and the increased ratio of voters served per staff at each early voting location. For example, as retired Clark County election official Larry Lomax explained: “It’s so much more cost efficient based on the number of workers we hire. Our early voting sites get about 1,500 voters a day, the Election Day sites have about 300–350 per day.”

However, even those who highlight the potential for implementing EIPV in a manner that enhances cost efficiencies caution it should not be perceived as a quick-fix budget reduction measure. They emphasized that there must be substantial planning for EIPV, including the transition period to prepare for Election Day.

Notably, there was strong support for EIPV even among officials that reported increased costs. For instance, Maggie Toulouse Oliver of Bernalillo County, New Mexico, said that while EIPV “definitely doesn’t save money,” she still nonetheless supported “keep[ing] early voting days open as long as is practicable” to maximize the benefits to voters, including increased participation, and reduction of Election Day “bottlenecks.” Katherine C. Schultz, the county clerk for McHenry County, Illinois, said EIPV had increased costs, particularly for staffing. Yet, based on her positive experience with EIPV, she recommended that “[a]ny state that does not have early voting, they need to consider it.”

I find astounding the fact that “none of the officials interviewed had completed an assessment about the incremental costs and savings of EIPV.” It is long past time for such a review. We need to know what the costs and savings of EIPV are so we can properly evaluate them as a matter of politics, and law, and of civic responsibility. Early in person voting, it seems to me, is as much a part of our future as drive-through coffee shops are a part of our present. The question is how quickly we reach that future, how prudent we are in shaping it, and how many people ultimately benefit from an early voting system that encourages more Americans to cast a ballot.