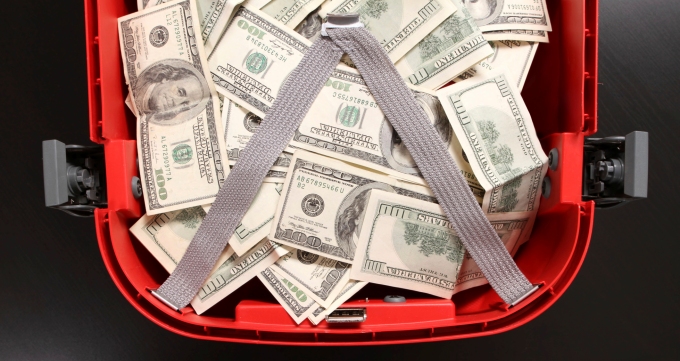 Yesterday, the Albany Times Union published an op-ed opposing the Moreland Commission to Investigate Public Corruption’s common-sense recommendations. Authors Jeffrey Milyo and David Primo, both affiliated with organizations long opposed to campaign finance reforms, argue against public financing. But they avoid addressing the Commission’s most important reason for recommending an overhaul of the state’s campaign finance system: widespread (but often perfectly legal) corruption that occurs in a political system dominated by the need for big money to run a viable campaign.

The Moreland Commission based its report on independent investigation and a wide variety of expert sources. It provided several strong reasons for why an overhaul of our campaign finance system is necessary. Milyo and Primo ignore the most important rationale provided by the Commission: a reconstruction of the state’s campaign finance laws, including the adoption of a voluntary public financing system, will allow candidates to run successful campaigns while relying on small donations from average constituents, rather than big money from special interest donors. Milyo and Primo do not seriously dispute this claim, instead arguing that large donors cannot be completely shut out of the process, and admonishing readers to “stop thinking about ‘big’ and ‘small’ donors as monoliths that can somehow be balanced against each other.”

It is true that a small donor system and the Commission’s other proposed reforms will not shut out big donors — instead, they would give small donors the power to compete for political attention that is currently monopolized by a wealthy few. Milyo and Primo ignore what almost everyone admits: Big donors currently exert far too much control over the state’s legislative agenda and much of our policy, while small donors and average citizens have little voice. Changing that equation, even a little, could have a big impact.

The Moreland report illustrates the distorting impact of this system with several examples, ranging from the trade association that urges its members to make political contributions of $10,000 each to protect their ability to “adopt favorable legislation,” to the lobbyist who provides a client with “a fair projection of expenses” that includes large “political contributions.”

As the Brennan Center has repeatedly argued, and the Moreland report shows, much of the corruption that frustrates New Yorkers is legal — more often than explicit bribery, it comes in the form of political contributions that coincide with a large benefit for the donor, like a retroactive, multi-million dollar tax break. Similar kinds of favoritism will occur regardless of how strictly we enforce bribery laws.

Unfortunately, in a post-Citizens United world, big donors have new ways of impacting elections, like through unlimited Super PAC donations. But powerful reforms are on the table. Greater disclosure will discourage some big donors who are currently making anonymous contributions to outside groups and inform voters about the source of ads. And small donor public financing will allow candidates who rely on small donors to compete with those benefiting from big independent expenditures. By ignoring the difference between big and small donors, Milyo and Primo fail to address data showing that encouraging small donations can fundamentally change the nature of elections.

This becomes clear when one examines the contrast between New York City elections (which use public financing) to New York State elections (which do not). In 2012, nearly 70 percent of contributions in state legislative races came from special interests, and less than one third from individuals. By contrast, in the 2013 New York City elections, about 93 percent of contributions to city candidates came from individuals. The city system’s success confirms what common sense tells us: When candidates do not have to spend inordinate amounts of time soliciting funds from big donors, they have less incentive to use their power to protect the interests of those donors. Instead, they can focus on the concerns of their constituents, who are also now their funders.

Milyo and Primo claim to offer a “reality check.” But they seem to be the ones overselling their results. As Milyo himself concedes in the corruption study cited in the op-ed, the failure of some statistical method to find a pattern does not prove that the law has no effect in reality. The 2006 study about public confidence relies on a survey about voter attitudes toward the federal, not state government. Milyo attempts to correct for this in a 2012 study by stitching together various unrelated polls about attitudes toward state government. But as he concedes in that study, there are so few states with public financing that it is difficult to find any statistical pattern. Similarly, turnout is driven by a complex set of factors like whether there are competitive contests, civic education, and rules on registration. And the number of convictions in a state in a particular year probably says more about the vigilance of prosecutors and what is legal and illegal than how much corruption there is in one state versus another.

There will always be voices opposing cleaner elections, and they will typically ignore the evidence that voluntary public funding and other reforms benefit average voters who cannot afford thousand-dollar donations. Instead, campaign finance reform-opponents like Milyo and Primo focus on minor points while insisting we must ignore the differences between small donors and deep-pocketed special interests. But legislators have never ignored those differences. They understand the differences, and that is why large donors often direct policy. Until we increase the power of small donors through meaningful reform, we’ll continue to see the same results.