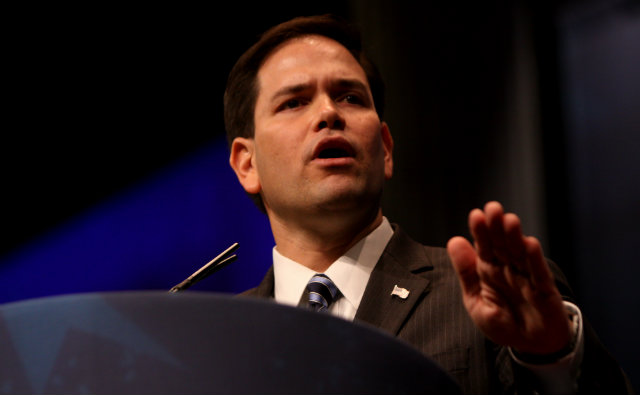 When the White House published its new list of judicial re-nominations earlier this week one name was notably absent from the previous list: William Thomas, of Florida, an openly gay, black man whose candidacy for a federal trial seat was “blue-slipped” by Sen. Marco Rubio, the state’s Republican senator. The Administration gave up on Thomas’ nomination even though he was well qualified for the position and even after Rubio’s stated reasons for blocking the nomination were undermined by, well, by the facts. You could say that Rubio was for Thomas before he was against him.

At least Rubio gave a reason for his flip-flop — at least he put himself on the record explaining why he was seeking to block the nomination after he had initially endorsed it. That is more than most senators do when they invoke the hoary blue-slip procedure to knock judicial nominees out of the box without a hearing or a vote. When Oklahoma’s two Republican senators blocked the nomination of Arvo Mikkanen for a trial seat in 2011, for example, they never publicly explained why. Nor did Sen. Richard Burr, the Republican from North Carolina, who blue-slipped Jennifer May-Parker’s nomination there after first endorsing her candidacy.

The blue slip may have a long history in the Senate — the tradition dates back at  least to 1917 (my Brennan Center colleague Victoria Bassetti last month posted a very good piece on our site focusing upon that history). But Congressional tradition or no, there is something decidedly un-American about an evaluative process that does not permit the person judged, in this case the judicial nominee, to be made aware of the reasons for the judgment. That’s the basis of the Fifth Amendment’s confrontation clause — you have a right to face your accuser — and there is no good reason why it shouldn’t apply, in some sense, to the continuing use of these blue slips.

The blue-slip prerogative rests always with the chairman of the Senate Judiciary Committee, who today is Sen. Patrick Leahy, the Democrat from Vermont. Leahy remains adamant that he will continue to honor the tradition even as senators (of both parties) abuse it to prevent decent public servants from filling the nation’s empty benches. Fair enough. I haven’t been able to convince him otherwise — no one has — so I’m going to take a different approach. If Leahy won’t end the blue-slip tradition, as he should, at least he should immediately alter it to require senators to explicitly and in detail describe their reasons for blocking a judicial nominee. 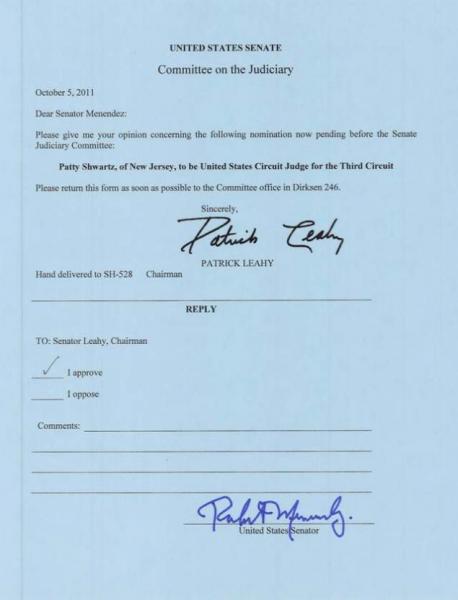 Right now, as you can see, the blue slip itself is a simple, antiquated form. It has two small lines (I approve/I oppose) and four lines for “Comments.” That part of the slip should be revised. An approval, of course, needs no additional explanation — the senator completing the form will presumably be able to express her or his views of the nominee either at the confirmation hearing or before the Senate floor vote that may follow. But if a senator checks off “I oppose” to a nominee that senator ought to be required to explain in detail why. Here are the additional questions I would suggest for the new blue slip:

The blue-slip process has been altered and revised before. There is nothing in the Constitution that precludes adding a substantive component to the process. Nor are there any rules of the Senate that block Leahy from requiring his colleagues to justify the use of their “senatorial courtesies” with facts. The candidates deserve to know why these politicians have rejected their nominations. And the American people deserve to be able to evaluate the bases for those rejections. I know. I know. It won’t be a “senatorial courtesy” any longer if the senators who want to blue slip a judicial nominee have to pay a political price to do so. But that wouldn’t be a bad thing, would it?