$328 million in nonparty outside expenditures

In the 11 most competitive senate races, there has been $328 million in spending by groups other than the candidates and the political parties. As a comparison, in the 2012 elections, nonparty outside spending in senate races reached $259 million for all 33 contests. As with all analyses of FEC data, these totals do not include spending on ads that are not required to be reported to the FEC because they don’t explicitly call for a vote and are not aired close to an election.

Three states – North Carolina ($78 million), Colorado ($64 million), and Iowa ($56 million) – have already broken the all-time record for most outside spending in a senate race, previously held by the Virginia 2012 contest, which hit $52 million. North Carolina has shattered the record with 50 percent higher spending than last cycle in Virginia. Two more states are within striking distance of beating the previous record in the last days of the election: Alaska ($39 million) and Arkansas ($37 million).

58 percent of nonparty outside spending was dark money

“Dark money” is spending by groups that hide the identities of some or all of their donors. There was $190 million in dark money spent in these 11 races, far exceeding the $97 million spent by groups that hide all their donors across all 33 senate elections in 2012. Moreover, our totals don’t include tens of millions in unreported spending, all of it dark, meaning that the true portion of dark money is much higher than 58 percent. 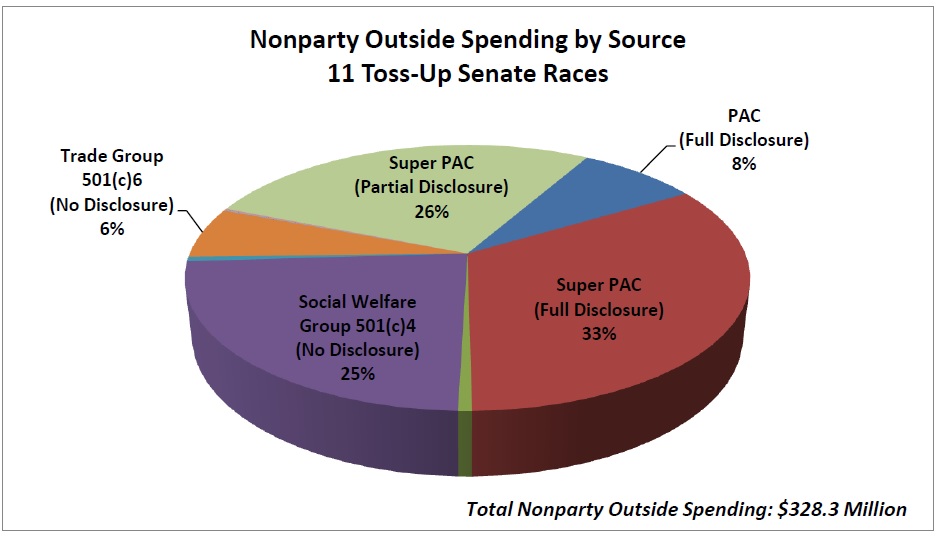 Republicans overtake Democrats in the outside spending race

Across 10 of the most competitive races (excluding Kansas where there is no Democrat running), outside spending, including party spending, that favors Republicans ($207 million) is higher than that favoring Democrats ($193 million). This is in contrast to our prior analysis of spending through the end of September, where we found pro-Democrat groups collectively had higher spending than their counterparts, due in significant part to their attacks on Republicans during the primary season. 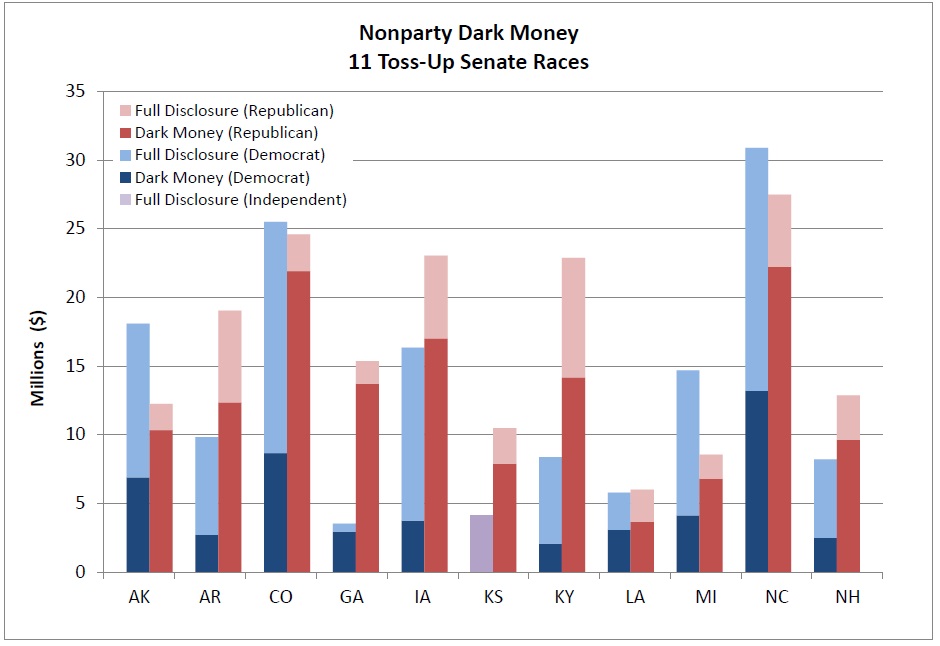 The Democratic Senatorial Campaign Committee, the party’s national committee for the senate, is the highest spender, followed by the Senate Majority PAC, a group closely aligned with the Democratic Party. The rest of the top five consists of pro-Republican groups: the national party committee and two dark money groups. The highest dark-money spender is Crossroads GPS, an ally of the Republican Party, which dumped $14 million into these races in October alone to total $24 million in expenditures through October 29. 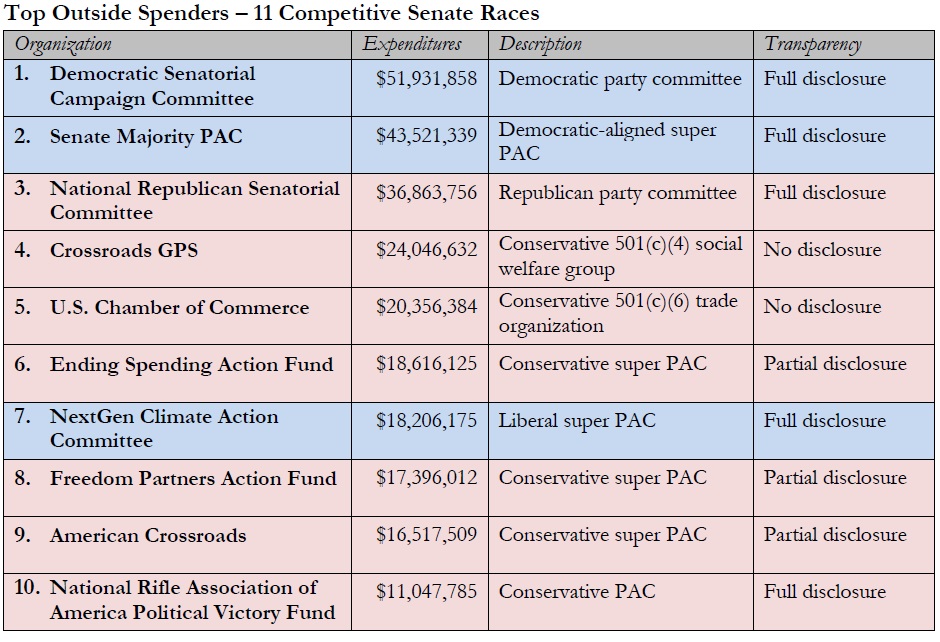 *We examined FEC data, as collected by the Sunlight Foundation, concerning independent expenditures through October 29. Our sample includes the eleven races that have been listed as “toss-ups” by the Cook Political Report in September or October: Alaska, Arkansas, Colorado, Georgia, Iowa, Kansas, Kentucky, Louisiana, Michigan, New Hampshire, and North Carolina. In recent weeks, Kansas and New Hampshire have been listed as competitive and outside spending in those races has increased. Michigan is no longer listed as a toss-up, but outside spending in the race remains high.