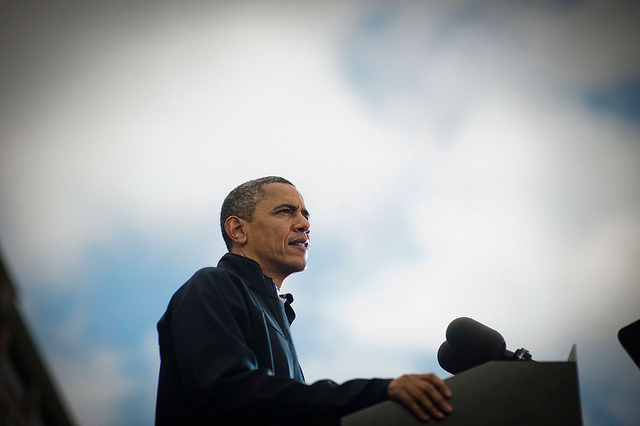 David Remnick’s profile of Barack Obama in the current issue of The New Yorker is a brilliant bit of work, a river of insight and information the president’s fondest supporters, and his worst critics, will be able to drink from for months. And it’s fascinating to see which streams find their ways into which valleys. For example, millions of Americans learned about the piece not because they subscribe to the magazine, or follow its feed on Twitter, or because they received a promotional email, but because the president’s remarks about marijuana were immediately copied and re-purposed by so many other news outlets.

It is evidently big news for any president, and especially for this president, to equate marijuana with alcohol, even though anyone who has ever tried both, or read about the effects about both, suspects that what the president is saying is true. Unless I have missed some foundational medical study that says otherwise, the only way in which marijuana is more dangerous than alcohol, or even as dangerous as alcohol, is because the former is still illegal under federal law while the latter is celebrated in virtually every conceivable way, even in front of our children. How many beer commercials did you see during the games Sunday?

Remnick came to his conversation about pot with the president by first talking about same-sex marriage. And then came this:

When I asked Obama about another area of shifting public opinion — the legalization of marijuana — he seemed even less eager to evolve with any dispatch and get in front of the issue. “As has been well documented, I smoked pot as a kid, and I view it as a bad habit and a vice, not very different from the cigarettes that I smoked as a young person up through a big chunk of my adult life. I don’t think it is more dangerous than alcohol.”

Is it less dangerous? I asked… Less dangerous, he said, “in terms of its impact on the individual consumer. It’s not something I encourage, and I’ve told my daughters I think it’s a bad idea, a waste of time, not very healthy.”

It’s a bad habit. It’s a vice. He’s told his daughters it’s a waste of time. These are all positions that many parents, especially parents in Colorado and Washington state, are taking these days as they speak with their own children about pot in this new age of legalization. Not all parents, of course. Many parents, I’m sure, are telling their children that marijuana is more dangerous than alcohol or that both pot and liquor are sufficiently dangerous to the development of young minds that they both must be shunned. This is a healthy conversation for families to have and it’s a long overdue topic for the nation to honestly debate.

Then Remnick (and Obama) go to the heart of the matter:

What clearly does trouble him is the radically disproportionate arrests and incarcerations for marijuana among minorities. “Middle-class kids don’t get locked up for smoking pot, and poor kids do,” he said. “And African-American kids and Latino kids are more likely to be poor and less likely to have the resources and the support to avoid unduly harsh penalties.” But, he said, “we should not be locking up kids or individual users for long stretches of jail time when some of the folks who are writing those laws have probably done the same thing.”

Accordingly, he said of the legalization of marijuana in Colorado and Washington that “it’s important for it to go forward because it’s important for society not to have a situation in which a large portion of people have at one time or another broken the law and only a select few get punished.”

If that is all the president had said, it would have been enough, dayenu, because in this passage the president made several points (that he has made before and ought to make again) that are both entirely accurate and in need of the ample amplification that only a president can provide. The least defensible component of our federal drug policy is the disparate way in which it has been enforced. On this topic, the selective enforcement of these laws and their destructive impact upon communities of color, the national debate ought to be over and the time for action should be nigh. From an ACLU report issued last summer:

Black people are 3.7 times more likely to be arrested for marijuana possession than white people despite comparable usage rates, according to a report released today by the American Civil Liberties Union. The report also found that marijuana arrests now make up nearly half of all drug arrests, with police making over 7 million marijuana possession arrests between 2001 and 2010…

“The war on marijuana has disproportionately been a war on people of color,” said Ezekiel Edwards, director of the ACLU Criminal Law Reform Project and one of the primary authors of the report. “State and local governments have aggressively enforced marijuana laws selectively against Black people and communities, needlessly ensnaring hundreds of thousands of people in the criminal justice system at tremendous human and financial cost.”

The findings show that while there were pronounced racial disparities in marijuana arrests 10 years ago, they have grown significantly worse. In counties with the worst disparities, Blacks were as much as 30 times more likely to be arrested. The racial disparities exist in all regions of the U.S., as well as in both large and small counties, cities and rural areas, and in both high- and low-income communities. Disparities are also consistently high whether Blacks make up a small or a large percentage of a county’s overall population.

And from Human Rights Watch, which also released a trenchant report last year shedding light on racial disparities in the nation’s justice systems:

Racial and ethnic minorities have long been disproportionately represented in the US criminal justice system. While accounting for only 13 percent of the US population, African Americans represent 28.4 percent of all arrests. According to Bureau of Justice Statistics approximately 3.1 percent of African American men,1.3 percent of Latino men, and 0.5 percent of white men are in prison. Because they are disproportionately likely to have criminal records, members of racial and ethnic minorities are more likely than whites to experience stigma and legal discrimination in employment, housing, education, public benefits, jury service, and the right to vote.

Alas, the president was unable to withstand Remnick’s charms. He was unable to quit while he was ahead. He kept talking to Remnick until he said this:

As is his habit, he nimbly argued the other side. “Having said all that, those who argue that legalizing marijuana is a panacea and it solves all these social problems I think are probably overstating the case. There is a lot of hair on that policy. And the experiment that’s going to be taking place in Colorado and Washington is going to be, I think, a challenge.” He noted the slippery-slope arguments that might arise. “I also think that, when it comes to harder drugs, the harm done to the user is profound and the social costs are profound. And you do start getting into some difficult line-drawing issues. If marijuana is fully legalized and at some point folks say, Well, we can come up with a negotiated dose of cocaine that we can show is not any more harmful than vodka, are we open to that? If somebody says, We’ve got a finely calibrated dose of meth, it isn’t going to kill you or rot your teeth, are we O.K. with that?”

This is Obama at his very worst, fogging up the clarity of his convictions with the dust raised by a parade of horribles no one else is talking about. Who exactly is advocating that a “negotiated dose of cocaine” ought to be legalized? Who exactly has introduced legislation, or a ballot initiative, seeking to legalize “a finely calibrated dose of meth?” These are great issues to swirl around in law school classrooms — professors earn their living raising hypothetical arguments that prompt students to think about the consequences of law and policy. But the president is no longer, or not yet, in a classroom.

What Remnick should have asked Obama at this point, or what the president sua sponte should have raised with his interviewer, is whether the White House at last is prepared to push the Drug Enforcement Administration to review its outdated classification of marijuana as a Schedule 1 drug with no medicinal value. Or whether the president intends to publicly support the meaningful, bipartisan sentencing reform now pending on Capitol Hill. Or whether his administration is going to ease federal banking rules (as Colorado’s congressional delegation has asked) to allow the burgeoning marijuana industries to be able to handle their money like other lawful industries.

It says a lot about where we are as a nation and as a people on the question of marijuana use, and legalization, that a president would even go as far as this one has gone in permitting the state experiments to unfold without the federal crackdown that could come at any time. And it’s politically unreasonable to ask the White House today to commit to those experiments so early on in their development. The nation’s pot policies are going to be determined by Obama’s successor, or even the president after that. Which is why there was even less reason for this president, all in the same interview, to have so quickly taken so many steps back after taking such bold steps forward.