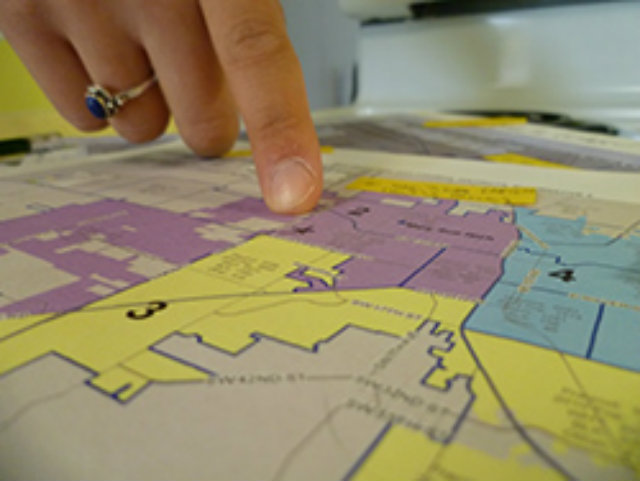 Fifty years ago, in two vital cases you don’t hear much about anymore, the United States Supreme Court set forth a “one person, one vote” standard for legislative redistricting that we all think we live under today. In Baker v. Carr and Reynolds v. Sims, the Court established the concept that residents of rural counties were not entitled to more (or less) representation than voters in urban counties. “Legislators represent people, not areas,” the Court ruled in Reynolds.

Now let’s jump ahead half a century for a lesson in how even the Court’s noblest endeavors can be undermined by practical realities. The federal government, in the form of the Census Bureau, is permitting states and counties all over the country to undermine the “one person, one vote” concept. The Census Bureau is doing this by counting prison inmates as residents of the prisons where they are serving their sentences instead of counting them as residents of the places they lived before they were incarcerated. Then, to make matters worse, when the inmates go back to their residences, their prison “districts” continue to reap the benefits of the Census count. In a nation where millions are incarcerated, this is no small accounting glitch.

The result is that rural counties (where prisons typically are located) gain the benefit of higher Census populations (and thus more legislative representation). The problem would be one of semantics, of course, if prisoners were allowed to vote. But in the vast majority of cases, felon disenfranchisement laws ensure that they do not. So the inmates help give rural residents and their lawmakers more power without gaining any of the benefits themselves—all at the expense of the urban communities where most of the inmates came from. Only Maine and Vermont are exceptions—there prisoners are specifically counted in their own districts.

Lawyers for the NAACP call this phenomenon “prison-based gerrymandering” and offer some startling statistics in support of its push to restore the promise of “one person, one vote.” They write:

African-Americans are 12.7% of the general population, but are 41.3% of the federal and state prison population. Members of the disproportionately minority incarcerated population are largely held in areas that are both geographically and demographically far removed from their home communities: in New York, for example, approximately 77% of all prisoners are African-American or Latino, but 98% of all prisons are located in disproportionately white State Senate districts. Nationally, rural communities make up only about 20% of the U.S. population, but it is estimated that 40% of all incarcerated persons are held in facilities located in rural areas.

And Fred Grimm, writing in The Miami Herald, last week offered a colorful account of what this gerrymandering really means:

North Florida pols have packed their state House districts with a particularly low-maintenance category of citizens. The kind who don’t show up at townhall meetings clamoring about too much traffic or lousy parks or crumbling bridges or under-funded schools or the need for more cops on the beat. They never, ever complain about too few cops. Best of all they don’t go around town grumbling that folks should vote for that other candidate. They can’t. They can’t vote. They’re state prisoners.

They’re the great gift urban counties ship up to state representatives in Florida’s rural prison belt, whose districts encompass Sumpter or Bradford or Baker or Hardee or Calhoun and other counties where incarceration is a major local industry and inmates represent a sizeable chunk of the local population. Come time to redistrict, every 10 years, those inmates — most of them big city homies — are counted along with the local population, making prisoners a valuable political commodity and consigning elected officials, particularly state reps, political power out of whack with their actual voting constituency.

The good news is that there is growing political and legal momentum to end this nonsense before the 2020 Census. Members of Congress are calling for reform. And four states—California, Delaware, Maryland and New York—have enacted legislation that adjusts federal Census figures to count the home addresses of prisoners. The United States Supreme Court, this past June, refused to overturn a ruling that upheld the Maryland law as a constitutional exercise of the state’s authority.  Meanwhile, a few other states require counties to subtract prisoner populations from local redistricting.

But the big push now is to force the Census Bureau itself to right this wrong. The new director or the Census, John Thompson, did not rule out the possibility of reform at a Congressional hearing last month. He said he wants to consult “with stakeholders to try to adopt rules that will be most appropriate to count people.” It’s clear who the stakeholders are on the side of reform. The Prison Policy Initiative has led the way on this issue.

Less clear is who now intends to stand up in public and declare that it is fair, and constitutional, for some counties to benefit at the expense of other counties by relying upon the Census Bureau’s counting of inmates who, of course, are precluded from voting in the first place. At a minimum, prison-based gerrymandering violates the Supreme Court’s precedent in Baker and Reynolds. It also may violate whatever is left of Section 2 of the Voting Rights Act. It’s good that Census Director Thompson is listening. Here’s hoping he doesn’t wait too long if he hears only silence from those who support this unequal practice.