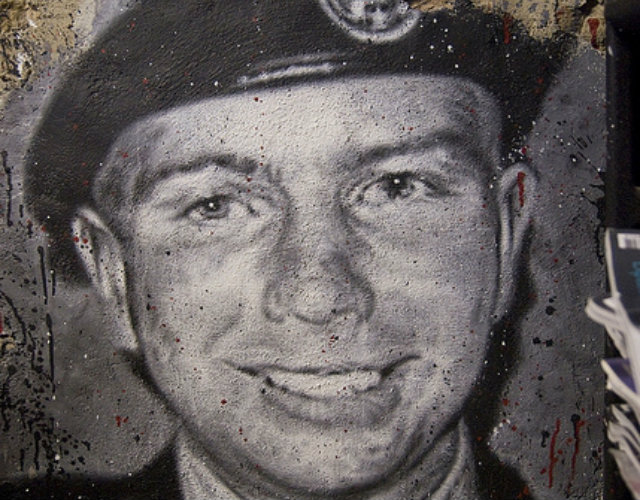 The Bradley Manning verdict, and the immediate reaction to it, reminds me of the verdict in a recent terror law case that has nothing to do with espionage, the Internet or the First Amendment. Chances are you don’t remember Ahmed Khalfan Ghailani. He was tried in federal court in 2010 and was acquitted of all but one of the hundreds of charges against him stemming from the African Embassy bombings in 1998. Two months later, he was sentenced to life in prison anyway by the same federal trial judge who had doggedly protected his rights to a fair trial.

Ghailani’s case became a cause célèbre to those officials of both parties who came to believe around this time that our nation’s federal civilian courts could not safely or effectively prosecute terror suspects. These advocates focused upon the hundreds of acquittals Ghaliani received from his jurors and not upon the conviction and sentence that was imposed upon him. Even though Ghaliani will die in a federal prison, he became a symbol for the “danger” of exposing modern terror suspects to a civilian legal system that has dutifully processed terrorists for hundreds of years.

The same dynamic is at work with the Manning verdict. Although he was convicted of the majority of the criminal charges against him, and although he will almost certainly spend decades in prison for his deeds, much of the early media narrative Tuesday focused upon his acquittal on the most serious charge he faced—aiding the enemy. This charge may have defined the media narrative of the Manning story—would his political justification qua defense gain any traction before a military judge?—but it surely did not define the legal case that was brought against him.

It surely is significant that the military judge who presided over his case, Col. Denise Lind, was unwilling to find that Manning acted with the requisite bad intent necessary to convict him of that charge. It surely is significant that a judge rejected the government’s effort to stretch the Espionage Act beyond recognition to include the indirect release of information to our “enemies.” But these defense victories surely aren’t going to keep Bradley Manning warm at night as he spends the next few decades locked up alone in a military prison.

On any day of the week the government will take the results of a criminal trial where the defendant proclaims a symbolic victory and then faces the possibility of 136 years in prison. On any day of the week the feds will be content with a result that reaffirms the sweeping breadth of nation’s espionage laws. The story of Bradley Manning, like the story of Ahmed Ghaliani, is the story of a man who was convicted of the essence of the case against him, a man whose convictions earned him a harsh sentence. Even the folks at Wikileaks, the protagonists in this still unfolding story, understood this right away. From them, there was no celebration of a pyrrhic victory—there was only anger toward the government and solace for a young man likely to grow old in prison.

In this very tangible sense, Bradley Manning won nothing Tuesday but the satisfaction of knowing that his judge didn’t believe he was intentionally helping Al Qaeda. That may be good enough for Manning. It may have to be. As he now recedes from public view the legal and political and moral questions his case has raised will linger for generations. They surely will linger over the looming prosecution of Edward Snowden, who if he is prosecuted here in the States will at least have the luxury of a civilian trial, with all of the due process and appellate avenues that were denied to Manning. Will the feds come after him with this “historic” new extension of our espionage laws? And, if so, will a civilian judge see the government gambit differently than did Col. Lind?

The result of the Manning case surely will also linger over the increasingly hostile relationship between journalists and civil libertarians and the government they seek to hold accountable. Elizabeth Goitein, of the Brennan Center for Justice, lamented on Tuesday what she called the “very scary precedent” established in the Manning case by the government’s use of the Espionage Act to prosecute a leak to the media. Charles Pierce, the writer for Esquire, was predictably blunter. “The ‘aiding the enemy’ charge was so preposterous on its face, and so evil in its intent,” Pierce wrote, ‘that it tended to obscure how contrary to acceptable American jurisprudence the entire situation—from his detention to his trial—regarding Bradley Manning was.”

The challenge now for civil libertarians, and champions of transparency, and working journalists, is to give meaning not just to this verdict but to all that came before it; not just to the conduct of Manning but to the conduct of our government in treating him, not just to expansive use of a federal law that chills debate and investigation but to the balance that necessarily must exist between liberty and security. Bradley Manning was acquitted of aiding the enemy Tuesday at least in part because his judge believed that he really did want to foster a grand public debate over some of the nation’s most contentious issues. Well, that debate is here even though Manning shortly won’t be.