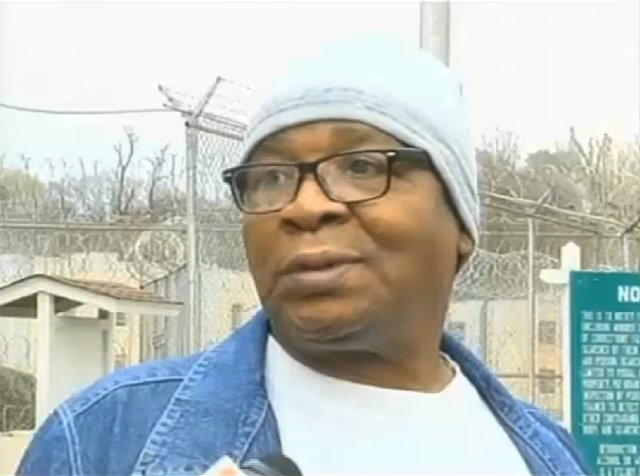 Last week at the United States Supreme Court, near the end of the oral argument in Hall v. Florida, a case about executing the “mentally retarded,” Justice Antonin Scalia uttered a lament frequently made by many of the most ardent supporters of capital punishment. Capital cases take far too long to resolve in Florida and around the country, he suggested to the state’s attorney during questioning, and “most of the delay has been because of rules that we have imposed.”

Freddie Lee Hall, the mentally disabled man whose case was before the justices, had murdered his victim in 1978 and it was the 36-year gap between then and now that had piqued the Court’s interest—and aroused Justice Scalia’s frustration. It’s quite understandable. The idea that “justice delayed is justice denied” is powerful and the answers that lawyers and judges usually offer the impatient family members of murder victims — “it takes time for the appellate process to unfold” — surely aren’t well received by people desperately looking to put the worst moments of their lives behind them.

But it is wrong to think that lengthy delays from conviction to execution are the most significant flaws in the nation’s death penalty regimes — or that capital defendants or the Supreme Court are primarily responsible for those delays. And it is even more wrong to think that the most substantive flaws in the system are going to be fixed, or that justice is more likely to be done, if lawmakers and judges streamline capital appeals to try to reduce these delays. The only thing that will happen by seeking to make the process faster is that more innocent people will be executed in America.

There are dozens of reasons why capital cases take so long to resolve, only a few of them involve unreasonable delays by defendants, and almost all of them have a central theme: garbage in, garbage out. From the outset of these cases, judges and prosecutors too often fail to ensure basic fairness by giving capital defendants all of the due process rights to which they are entitled. Often these errors are so significant, and so obvious, that they demand aggressive appellate litigation on the part of defense attorneys. This litigation takes time and that time is compounded not, as Justice Scalia asserts, by wimpy procedural rules, but rather by the nature of judicial decision-making itself.

Let me take the most recent example, the exoneration of Glenn Ford in Louisiana, to illustrate this point. He was convicted of murder and sentenced to death in 1984 after a trial that was unconstitutional in virtually every respect. He was scheduled for execution in 1991. He was set free Tuesday. His case took three decades to resolve (fortunately without the execution of an innocent man) not just because his trial lawyers were incompetent, his prosecutor excluded blacks from the jury, and the evidence against him was woefully weak. It took that long because the Louisiana courts, aware of these manifest deficiencies, nevertheless failed to muster up the courage to remedy them.

But these Louisiana judges did not do that. Instead, relying upon restrictive procedural rules imposed by Congress in 1996, as interpreted by a Supreme Court controlled by Justice Scalia’s views, Louisiana’s judges hemmed and hawed and allowed the Ford case to bubble its way along, year after year. It was as though these state judges understood, on some fundamental subconscious level, that Ford had been denied his constitutional rights — which explains why he wasn’t executed. But it is equally clear today that despite these grave concerns they still felt unable, or unwilling, to really do anything about it. What kind of justice, what kind of judiciary, is that?

And, pushing ahead with Justice Scalia’s lament, whose fault is it? Whose fault is it that Ford lingered in legal limbo for 30 years without a single court of law making a definitive ruling granting him relief? Is it the fault of Ford’s attorneys — the competent ones at the end — who sought to convince anyone they could of the truth of their client’s innocence? Is it the fault of state attorneys, who so gallantly defended an indefensible verdict through three decades and thousands of pages of appellate briefs? If Ford had been executed in 1991, as Louisiana had wished, which judge or prosecutor would have stood up today to apologize in the wake of the prosecution’s new theory of the case?

Justice Scalia likely considers Louisiana’s tortuous journey through the Glenn Ford case to be the cost of federalism. And from his comments last week, he clearly wishes that he and his colleagues in Washington could give state courts more authority to more quickly dismiss claims in capital cases. But this is akin to a desperate man pressing on the accelerator in the hopes that his flat tire will fix itself. Take Florida. It has seen more people exonerated than any other state and yet it passed a law last year designed to expedite capital appeals. Now that this new law is in effect, which innocent Florida death row inmate is going to be the first — or maybe not the first — to be executed?

When Justice Scalia starts voting for those kinds of results in the capital cases that come before him he’ll have a much better basis to whine about the injustice of making the family members of murder victims wait for “justice” to come to them in the form of an execution. In the meantime, we all ought to be grateful for the general incompetence of Louisiana’s judiciary. This week, their unconscionable delay in the Ford case, through the years, through the decades, ultimately saved the life of an innocent man the state was poised to kill.