State supreme courts play a powerful role in American life. Ninety-five percent of all cases are filed in state courts, and state supreme courts are generally the final word on state law. Their decisions can profoundly affect our lives, our freedoms, and our pocketbooks.

In recent decades, state judicial selection has become increasingly politicized, particularly in the 38 states that hold judicial elections, where million-dollar races have become the norm. Left unchecked, these trends can undermine the integrity of state supreme courts, and the public trust that undergirds their legitimacy.

All of which is why the Brennan Center is urging states to reform their systems for choosing judges. We recommend that states do away with supreme court elections. Instead, justices should be appointed through a publicly accountable process conducted by an independent nominating commission. And to genuinely preserve judicial independence, all justices should serve a single, lengthy term. 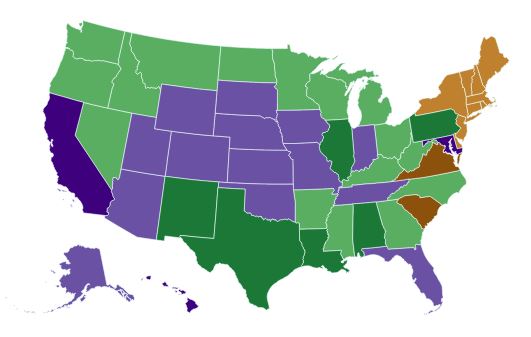 See the Brennan Center's research and publications on building a fairer and more inclusive judiciary.

In recent decades, state judicial selection has become increasingly politicized, polarized, and dominated by special interests. In the face of these threats to state courts’ legitimacy and to the promise of equal justice for all, it is time to rethink how we choose state court judges.

Judicial Selection for the 21st Century

Throughout American history, the process for selecting judges has greatly varied. With new and unique challenges in the 21st century, what selection methods best serves the needs of today?

These data sources provide more info about the courts, including spending in judicial elections and diversity on the bench.

Recent publications from the Brennan Center include The Politics of Judicial Elections, 2017-18 and State Supreme Court Diversity.