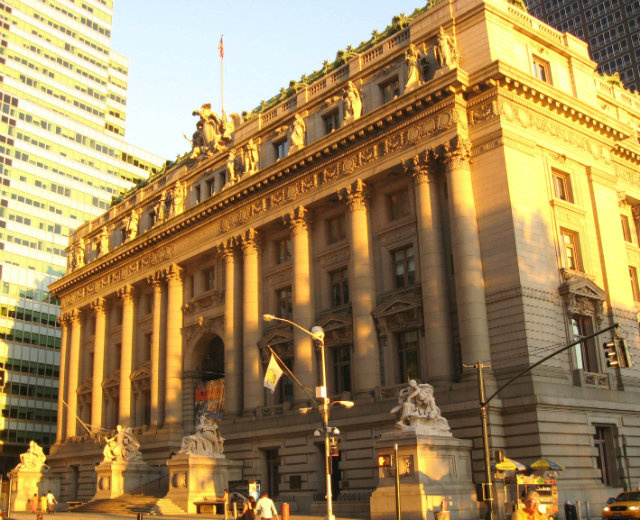 (The U.S. Bankruptcy Court for the Southern District of New York)

Another week—and yet another chief federal judge has decided to add her voice to the chorus warning Americans of the cost of sequester upon the administration of justice. This week it is Chief Judge Loretta A. Preska, who presides in the Southern District of New York, one of the busiest and most vital commercial districts in the nation. The message from the appointee of George H.W. Bush is simple: by starving the federal judiciary of the basic funding it needs, Congress and the White House are causing delays and uncertainty in the business community, which in turn is creating unease about jobs and employment.

So far, much of the conversation about the sequester’s impact upon the judiciary has focused upon criminal justice. By allowing the sequester to cut budgets for both judges and public defenders, Congress and the White House have made it much more difficult for the courts to process criminal cases. But you don’t have to be a defendant, or a witness, or a victim of crime to feel the impact of the sequester. You just have to be a debtor. Or a creditor. Or even someone with a more general financial stake in the outcome of the nation’s commerce. Here is what Chief Judge Preska told me via email recently about the toll Washington’s budget cuts are taking on her court:

The U.S. Bankruptcy Court for the Southern District of New York is among the most active in the world, drawing all types of bankruptcy filings involving debtors and creditors from many jurisdictions across the country and around the world.  Our Bankruptcy Court has developed a reputation as the “go-to” Court for the largest and most complex filings because of its deep legal expertise and its capacity to administer efficiently the most intricate of cases… In fact, half of the 40 largest public-company filings ever made under Chapter 11, the part of the bankruptcy code used for corporate restructurings and the chapter of choice for large corporate filings, were brought in the Southern District.

Chapter 11 cases regularly involve restructuring billions of dollars of liabilities held by many stakeholders including vendors, banks, pensioners, employees, the government, and bond holders. Moreover, these cases require immediate and sustained attention because once a company is in Chapter 11, most company decisions must be approved by the Court. Chapter 11 cases also often involve lengthy proceedings held on an emergency basis. As one commentator put it, these cases require around-the-clock court attention as stakeholders try to salvage assets that can best be described as melting ice cubes. Of course, the Bankruptcy Court also handles thousands of individual bankruptcies of everyday people.

In the past two fiscal years, funding constraints have caused a crisis of staffing in our Bankruptcy Court. Administrative staff has been reduced by 30 percent. Additionally, the Bankruptcy Court has lost one judgeship. Against the complex and mounting caseload described above, these reductions in staff and services have been cut to unprecedented and unsustainable levels. Most importantly, the Court’s ability to handle its workload in an efficient and just manner has been compromised. For example, the Court must now close its doors at 5:00 p.m. to avoid overtime even though proceedings that go well into the night are the norm in many cases because time is of the essence when billions of dollars in corporate assets and countless jobs are on the line.

Additionally, the Bankruptcy Court has closed its records department, and the speed with which it can docket orders has been slowed, thus interfering with timely distribution of information to the public and the stakeholders and damaging transparency. The cases described above involve thousands of stakeholders making many, many filings, each of which requires Court attention. When the Court cannot provide relief as soon as possible, jobs and value for creditors and taxpayers are compromised. Similarly, individuals seeking to put their financial houses in order and get a clean start are delayed in this important process by the Court’s lack of resources.

In Washington, politicians (of both parties) are spending a great deal of time and energy these days trying to convince their constituents that their main foci are jobs and the economy. And yet the budgetary restraints upon the judiciary caused by the sequester are creating the very delays and business uncertainties that hinder both the creation of jobs and the renewal of the economy. What Chief Judge Preska is telling us is that the business of America is still business and that business needs its courts to be efficient. If Washington cannot agree on a new jobs plan it should at least be able to agree upon that. For a full transcript of my interview with Chief Judge Preska, click here.