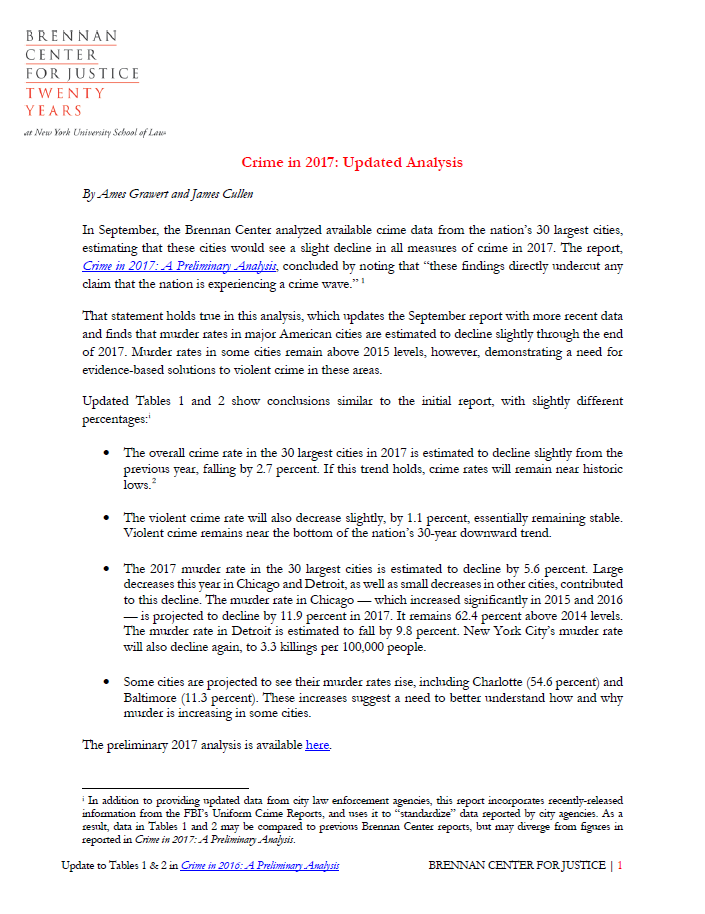 In September, the Brennan Center analyzed available crime data from the nation’s 30 largest cities, estimating that these cities would see a slight decline in all measures of crime in 2017. The report, Crime in 2017: A Preliminary Analysis, concluded by noting that “these findings directly undercut any claim that the nation is experiencing a crime wave.”

That statement holds true in this analysis, which updates the September report with more recent data and finds that murder rates in major American cities are estimated to decline slightly through the end of 2017. Murder rates in some cities remain above 2015 levels, however, demonstrating a need for evidence-based solutions to violent crime in these areas. Findings include:

The preliminary 2017 analysis is available here.