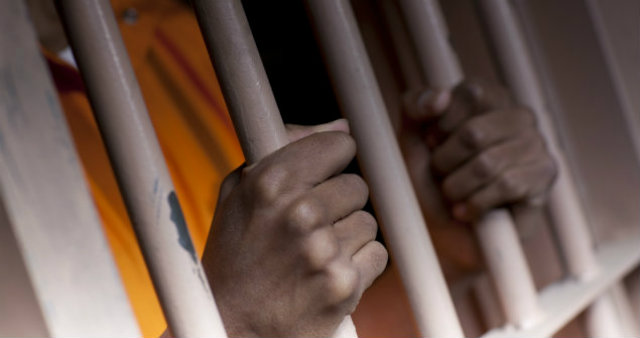 I was surprised by how much coverage Attorney General Eric Holder received last week when he publicly endorsed the reasonable recommendations of the U.S. Sentencing Commission to reduce by about one year the average sentence for convicted drug dealers. Over the past year or so, in all sorts of forums, the attorney general has been telling anyone who will listen that he and his boss in the White House favor meaningful reforms to the way drug cases are charged, tried, and sentenced.

Last August, Holder modified the Justice Department’s “charging policies so that certain low-level, nonviolent drug offenders who have no ties to large-scale organizations, gangs or cartels will no longer be charged with offenses that impose draconian mandatory minimum sentences.” In September, he announced that the feds would apply this new policy “not only to new matters but also to pending cases where the defendant was charged before the policy was issued but is still awaiting adjudication of guilt.”

Nor was it particularly new that the Sentencing Commission itself would make the recommendations that Holder embraced. For years now, members of the Senate Judiciary Committee, and especially chairman Patrick Leahy and Senator Richard Durbin, have been pressing the commission to make these very changes. Here is an April 2011 letter from those senators to the commission, issued in the wake of the passage of Fair Sentencing Act of 2010, imploring the independent body to move more quickly.

Everyone is humming the same tune. In a November 2013 letter to the Senate Judiciary Committee, Chief U.S. District Judge Patti Saris, the chairwoman of the Sentencing Commission, makes clear that the commission is saying the same thing that Holder is saying and the same thing, as you’ll read below, that the Justice Department’s independent auditor is saying: The federal prison population exceeds prison capacity and there simply isn’t enough money to fix the problem by continuing to build new prisons and hire new guards.

What precisely do the Sentencing Commission and the attorney general want from Congress? For starters, they want lawmakers to pass the Smarter Sentencing Act, a bipartisan bill now pending on Capitol Hill that would ease prison overcrowding by, among other things, shortening drug mandatory-minimum sentences. This measure should be brought up for floor action soon -— now, today! — before the gravitational pull of the 2014 midterms sucks everything about Congress into (more of) a black hole.

The pressure for sentencing reform isn’t just coming from the independent Sentencing Commission. It’s not just coming from the nation’s judiciary. It’s also coming from within the attorney general’s own Justice Department. DOJ Inspector General Michael Horowitz warned of a “growing prison crisis” at the federal level. “It’s a zero-sum game,” Horowitz said at the time. “Every dollar spent on prisons is a dollar that is going to come from somewhere else in the Department.”

Horowitz’s argument is that public safety will suffer if prison spending can’t be curbed. So what is new is that these budgetary pressures have aroused the interest of groups whose members typically would not be begging for leniency for prisoners. It’s a big deal, for example, that the National Task Force to End Sexual and Domestic Violence, whose members many of the leading victims’ rights groups in the nation, have publicly supported the Smarter Sentencing Act.

Predictably, some prosecutors’ groups are warning that these sentencing reforms will unleash upon America a new crime wave. This “parade-of-horribles” argument — that giving judges more discretion or keeping low-level drug offenders out of prison will bring us back to the bad old days of the 1970s — is untenable for many different reasons. But even if it were legitimate, that argument could not withstand the reform pressure brought by the victims’ groups. When you see a coalition like this, when conservatives and progressives coalesce in recognition that change must come, when leaders in all the branches of government concede defeat over failed policies, change usually comes.

It’s not news that the attorney general is on board with sentencing reform, that the Sentencing Commission and Horowitz are as well, or that the people whose lives are most directly impacted by the nation’s dubious sentencing laws have had enough. Nor is it news that Congress has before it a moderate, fact-based bill that could help ease this problem. What will be news — tragic, senseless news — is if Congress fails to pass this good sentencing bill in the next few weeks or months. That’s where this story is heading. That’s where our focus should be.