Voters and lawmakers of all political stripes support an end to extreme partisan gerrymandering. This widespread opposition came to the fore in 2018 when large majorities of engaged voters passed numerous important anti-gerrymandering reforms in states as diverse as Utah, Colorado, and Michigan. But bipartisan opposition to political mapdrawing has deep roots.

For decades, lawmakers from both parties have condemned extreme partisan gerrymandering. Critiques from both sides of the aisle have focused on gerrymandering’s fundamentally antidemocratic and divisive qualities.

“That’s all we’re asking for: an end to the antidemocratic and un-American practice of gerrymandering congressional districts . . . The fact is gerrymandering has become a national scandal.” – President Ronald Reagan (R)

“We’ve got to end the practice of drawing our congressional districts so that politicians can pick their voters, and not the other way around. Let a bipartisan group do it.” – President Barack Obama (D)

“We’ve been drawing lines for political reasons all the way back to 1812. But I think it’s wrong. I think it leads to bad government.”   -  Former House Speaker Newt Gingrich (R)

“American deserve better. Congressional representation should not be a political blood sport that protects incumbents, disenfranchises legitimate interests, and allows people to achieve with surgical reappointment what they couldn’t do honestly at the ballot box.” – Congressman Earl Blumenauer (D-OR)

Lawmakers backed up their words with action in 2017 when the Supreme Court last considered the issue, with leading Republicans and Democrats joining together to call on the Court to ban extreme gerrymandering. The late Senator John McCain and Senator Sheldon Whitehouse filed a brief in support of the Democratic voters challenging Wisconsin’s map, calling partisan gerrymandering “a tool for powerful interests to distort the democratic process.” Likewise, dozens of current and former federal and state legislators from both parties and several leading Republican governors signed forceful briefs condemning the worst abuses of our redistricting system.

Public opinion polling over the last decade shows that the American people feel similarly to their elected representatives. Polls from both 2017 and 2019 showed over 70 percent of voters from all parties agree the Supreme Court should place limits on gerrymandering. The 2019 poll also revealed that over 55 percent of all voters who have a partisan affiliation have unfavorable views of the practice. 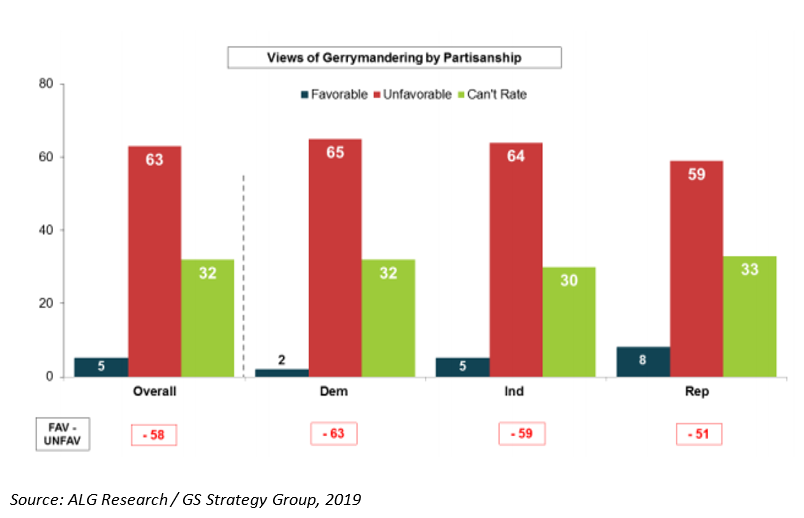 Opinion polls were backed up by citizen and legislative action in 2018: five states across the country passed redistricting reforms, three of which were adopted through citizen-led ballot initiatives. All five initiatives had bipartisan support, with over 60 percent Republican support in four states. In Ohio, for example, the state’s constitutional amendment banning partisan gerrymandering won 75 percent of the statewide vote, majority support in all 88 counties, and supermajorities in each congressional district. 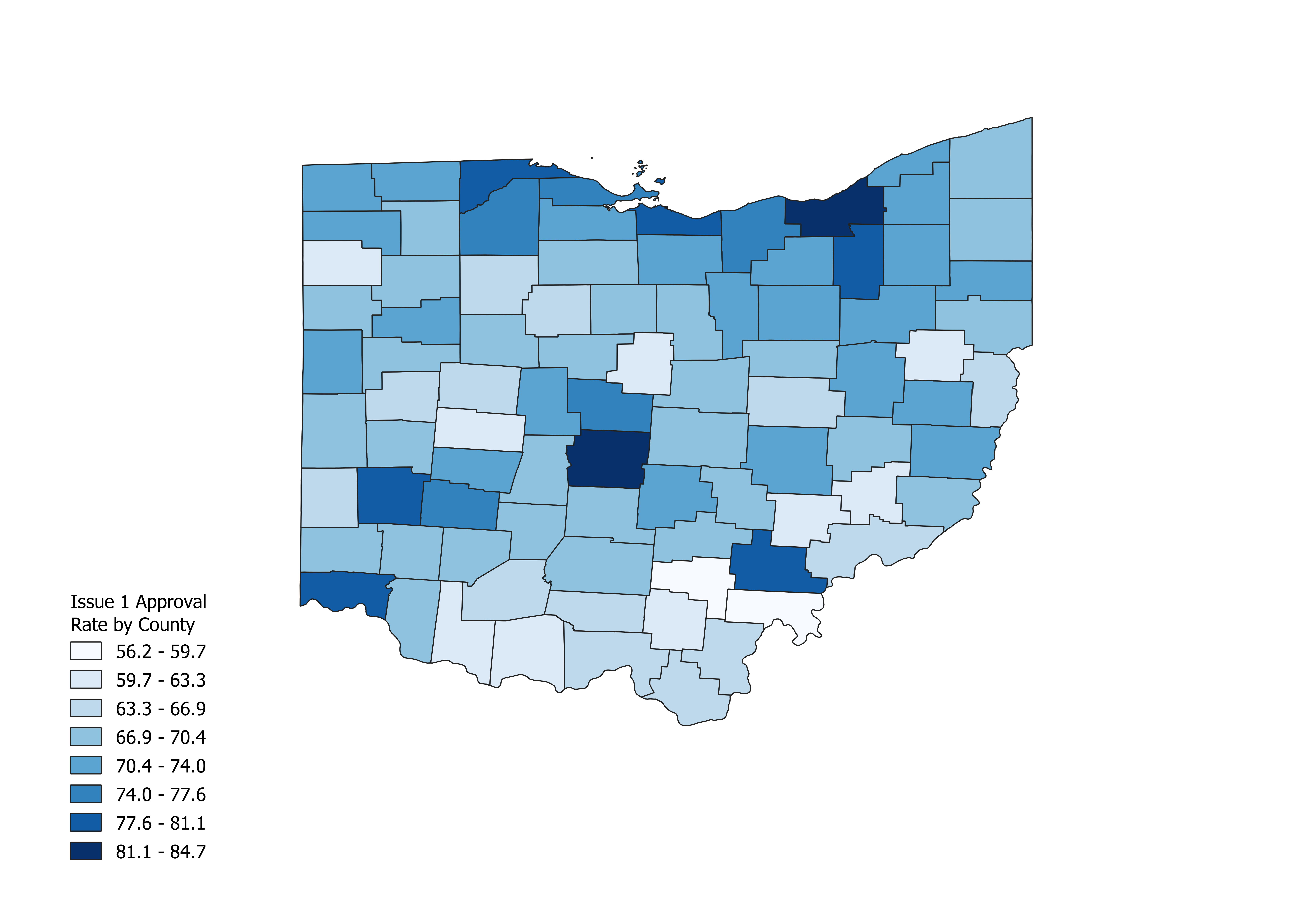 With major partisan gerrymandering cases before the Supreme Court and more reform initiatives on the horizon, courts and legislatures should take note of the broad, bipartisan support for real limits on gerrymandering.
Stay up to date