The Supreme Court Tuesday agreed to hear a Texas redistricting case, Evenwel v. Abbott, that could force states and local governments to change how they divide their population into districts — and could end up making it harder to draw Latino-majority districts in places like Texas.

Today, virtually every jurisdiction in the country draws districts using total population, meaning that the goal for mapdrawers is simply to make sure that districts contain the same number of people in total. In calculating the number of people in a district, it does not matter, under the current system, whether a person is a citizen or non-citizen or under the age of 18 or otherwise eligible to vote. A person is a person.

A group of Texas residents challenged this longstanding practice, contending that in places like Texas with large numbers of non-citizens, the rule means some districts have many more actual voters than others. They say it violates the Constitution’s one-person, one-vote principle and the rule should be changed to require districts be drawn on the basis of citizen population over the age of 18, or some equivalent measure.

They lost in the lower court, but if the Supreme Court reverses, the change could have a dramatic impact on minority representation where those populations contain large numbers of non-citizens or people under 18.

To understand why, consider the hypothetical state below, which has 400 residents (all of whom for simplicity sake are adults). 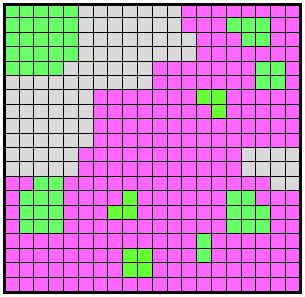 Right now, the state, like other states, uses total population to apportion districts. That means when it comes time to draw district boundaries, mapdrawers simply divide the total population (400) by the number of districts (4) to derive a population target of 100 for each district.

Because voting is polarized along ethnic lines — with the white and Latino communities preferring different candidates — the Voting Rights Act also requires mapdrawers  to see if they can draw a reasonably compact district where Latinos make up a majority of the eligible voters in order to give the Latino community a fair shot at electing a candidate.

In this case, that could be done by drawing a district in the northwest quadrant of the state where there are 24 eligible Latino voters and 14 eligible white voters. Under this scenario, given ethnically polarized voting, white voters are likely to control three legislative districts and Latino voters one. 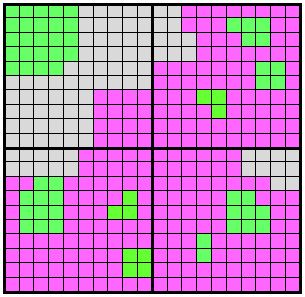 In that case, mapdrawers would start by subtracting the 90 non-citizens from the population count to derive a base population of 310 and then divide that figure by four to have a target population per district of about 78.

They then would see if they could draw a district where Latinos made up a majority of the population, meaning, in this case, at least 40 out of the district’s 78 people. Because of the dispersion of the state’s Latino population, mapdrawers would need to reach into the southwestern quadrant of the state to find additional large pockets of eligible Latino voters to get from 24 to 40. This would result in a district that was both physically larger and less compact than was possible when mapdrawers could use total population. 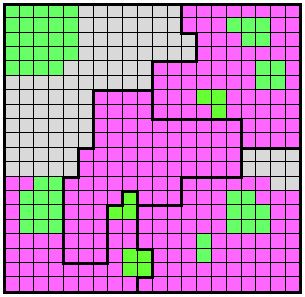 Although in this scenario it is still possible to draw a Latino majority district, its lack of compactness could leave it vulnerable to legal challenge. It also would mean that whoever was elected to represent the district would end up serving a significantly higher number of total people.

In this hypothetical, the Latino majority district has 157 total people — 77 citizens and 80 non-citizens — compared to just 77 total people in the all-white central district, 78 people in the northeast district, and 88 people in the southeast district. Since non-citizens, like citizens, have a  need for constituent services — in the form of everything from students seeking summer internships to permanent residents lobbying for changes to rent laws — that means the legislator for the densely populated, sprawling Latino majority district might well find it harder to meet constituent needs.

In short, the ramifications of Evenwel could reshape redistricting in many ways. The voting rights community will be watching closely.