“Just Facts” is a monthly column from economist Oliver Roeder, which will analyze trends in American criminal justice using data and economic analysis.

“Orange Is the New Black” — both Piper Kerman’s 2010 memoir and Jenji Kohan’s ongoing (and acclaimed) Netflix series, which recently debuted its second season — has presented a popular portrayal of the experience of women in prison. Unfortunately, it’s an experience that has becoming increasingly common over the past few decades.

It’s no secret that the U.S. is a leading incarcerator. In fact, over 2 million Americans – 1 in 108 American adults – are behind bars – the highest ratio in the world. The incarceration rate in prisons has increased over 245 percent since 1980. This phenomenon has been documented recently by the National Research Council, The Hamilton Project at the Brookings Institution, and The New York Times. But even in this fevered carceral climate, the experience of women stands out.

Here is a graph of America’s prison population over time. 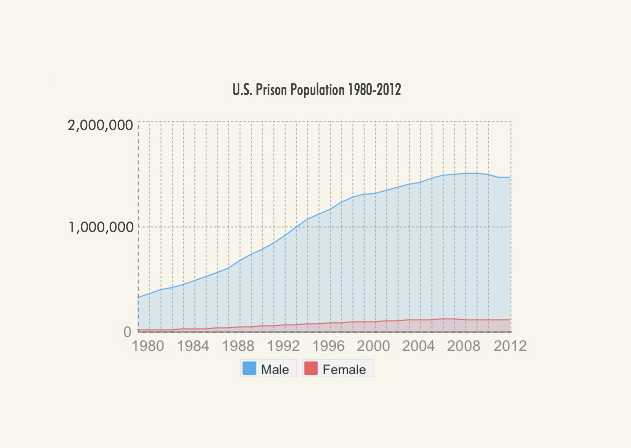 While it’s clear that men are incarcerated at a much higher rate than women — almost 14 times higher, in 2012 — it is also clear that women have been a much faster growing subset of the U.S.’s incarcerated population.

The following figure shows the increase in prison incarceration rates, relative to their levels in 1980 (i.e. on the graph, the 1980 incarceration level is 1). 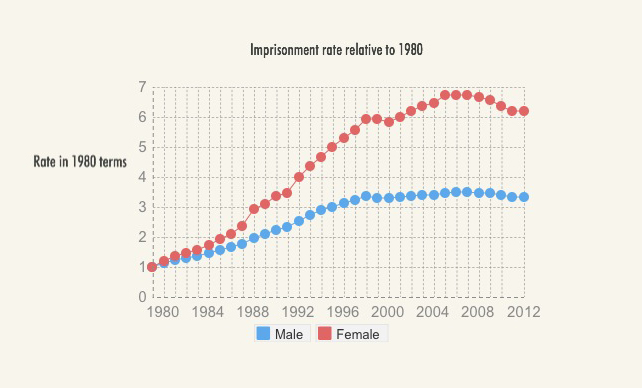 Since 1980, the incarceration rate for men increased over 230 percent, while the rate for women increased 518 percent. As of yearend 2012, there were over 108,000 women in prison, compared to less than 13,000 in 1980. This data includes only those in prison, and is from the Bureau of Justice Statistics (BJS) CSAT tool.  In 2013, there were an additional 102,000 women incarcerated in jails, according to another BJS report. In just the last three years, the male jail-incarcerated population has actually decreased, while the female jail-incarcerated population has increased by 10,000 women. The Sentencing Project calculated that over 1 million women are under the supervision of the criminal justice system.

As I’ve written before, incarceration in America is highly state-specific. For example, Alaska imprisons 200 women per 100,000 persons, while New York and Massachusetts imprison only 22. Despite the remarkable heterogeneity in state incarceration levels, the trend in female incarceration has been remarkably universal. Only five states (CA, NY, MD, NJ, and SC) have decreased their imprisonment rates for women since 1990. The rest increased their rates — often by a lot. Fully 20 states increased their rate by 200 percent or more.

All of this incarceration is very expensive. The direct fiscal cost of imprisonment for men and women is on the order of $80 billion a year. However, the bulk of the cost may actually be indirect – or, in the language of economics, in the form of “negative externalities.” These might include the disruption of communities, employment markets, and families. While these effects are hard to quantify precisely, they are probably very large. According to a recent survey by BJS, over 53 percent of U.S. prisoners are parents of minor children. Of state inmates, 62 percent of women are parents, compared to 51 percent of men. Both of those groups have around two children, on average. 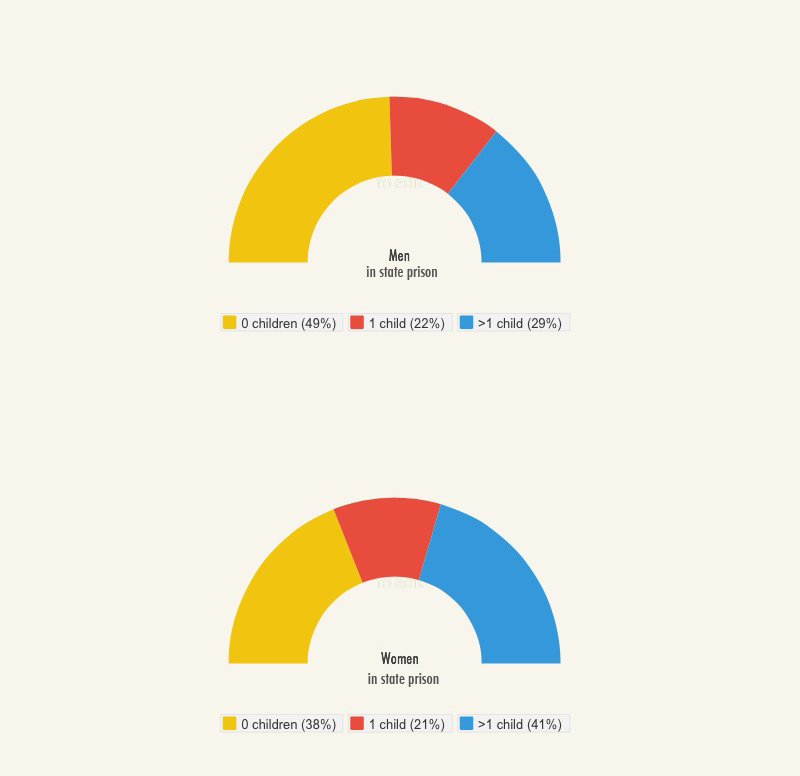 If we assume those figures are roughly constant over time, the following graph is then an estimate of the number of children with a mother in prison. 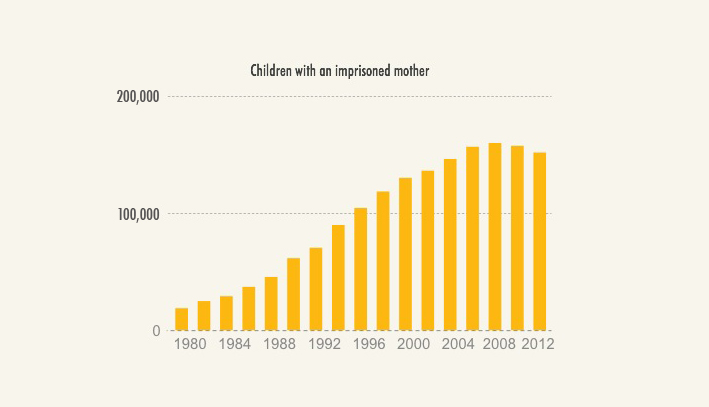 While the growth of incarceration has been slowing, and maybe even reversing, over the past several years, America’s enormous incarcerated population ensures the country will continue to bear large costs in years to come – many of these social as well as economic. Of the minor children with an incarcerated parent in 2013, fully a quarter, or over 400,000 children, were age 4 or younger.

The rate at which women have been increasingly incarcerated is exceptional, even in a country that has seen a world-historic increase in incarceration.