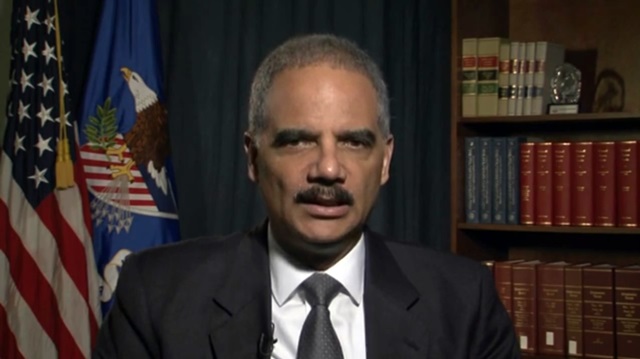 I was going to write this week about the gall of the law enforcement officials who wrote earlier this week to Senate leaders to express their opposition to the Smarter Sentencing Act, a sensible piece of reform-minded legislation that has strong bipartisan support from around the country. Here is a group of stale policy makers whose misguided choices over decades of stilted judgment brought America little more than ruinous mass incarceration, and no end to the “war on drugs,” and they still are urging us all to stay the course because it is their considered judgment that the lives of more people should be ruined for another generation by senseless mandatory minimum sentences? The nerve!

I was going to write all that — about William Bennett crawling out from the weeds yet again to direct the nation onto the wrong path, about the pull of the prison lobby to keep our nation’s jails full of people whether they ought to be there or not, about how the people who failed to avoid the problems we now face should have no voice in the debate on how we proceed—but then I came across a remarkable bit of news out of the Justice Department. The headline doesn’t begin to say it all: “Attorney General Holder Criticizes Excessive Use of Solitary Confinement for Juveniles with Mental Illness.”

What we have here is a statement from this administration that would have been unthinkable five years ago, let alone ten years ago, even though it seems both so moral and so clear. The nation’s chief law enforcement official, its top prosecutor, has just showed empathy for children who are being mistreated and abused in the nation’s prisons through the persistent overuse of solitary confinement. And he has done so in a video that ought to be shown in every prosecutor’s office and prison and judicial chamber and statehouse in the country. Here’s the video:

And here is the heart of what the Attorney General said:

“In a study released last year by the Office of Juvenile Justice and Delinquency Prevention, 47 percent of juvenile detention centers reported locking youth in some type of isolation for more than four hours at a time. We have received reports of young people who have been held in solitary confinement for up to 23 hours a day, often with no human interaction at all. In some cases, children were held in small rooms with windows that were barely the width of their own hands.

“This is, to say the least, excessive. And these episodes are all too common.

“This practice is particularly detrimental to young people with disabilities – who are at increased risk under these circumstances of negative effects including self-harm and even suicide. In fact, one national study found that half of the victims of suicides in juvenile facilities were in isolation at the time they took their own lives, and 62 percent of victims had a history of solitary confinement.

And here is the passage from the Attorney General which hopefully will drive policy reform in this area from sea to sea:

Let me be clear, there may be times when it becomes necessary to remove a detained juvenile from others in order to protect staff, other inmates, or the juvenile himself from harm. However, this action should be taken only in a limited way where there is a valid reason to do so, and for a limited amount of time; isolated juveniles must be closely monitored, and every attempt must be made to continue educational and mental health programming while the youth is in isolation.

“At a minimum, we must work to curb the overreliance on seclusion of youth with disabilities. And at the Department of Justice, we are committed to working with states to do this going forward.

“We must ensure in all circumstances – and particularly when it comes to our young people – that incarceration is used to rehabilitate, and not merely to warehouse and forget. Our nationwide effort to end the unnecessary or excessive seclusion of youth with disabilities will not be completed solely with one settlement or court filing. But as a department, we are dedicated – and as Attorney General, I am committed – to doing everything possible to ensure the effectiveness and integrity of our criminal and juvenile justice system.

We cannot tell today whether these words — and this guidance from the Justice Department — will ever impact the lives of the thousands of young people in America who are daily subjected to this treatment. We cannot know whether and to what extent state officials opposed generally to this attorney general’s policies will put aside their fervent opposition in this instance and heed his call. But we should pause today to acknowledge that this is a bold step from this administration, a welcome one, because it cuts into the artifice of law and order, crime and punishment, to reveal the toll solitary confinement takes upon those young people who are in our society least equipped to endure it.