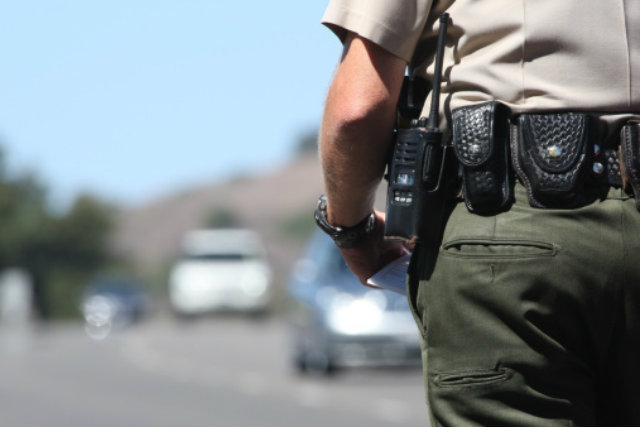 The most important legal story of the week wasn’t Florida’s continuing defiance of the Supreme Court’s Eighth Amendment jurisprudence when it executed John Ferguson, a mentally ill man who believed he would rise from the dead and fight Communists with Jesus. It was not Boston mobster James “Whitey” Bulger’s continuing defiance of the racketeering case against him as it winds its way toward a verdict. It was not even Marc Bookman’s tren chant look at the fallibility of crime and punishment in The Atlantic in “The Confessions of Innocent Men.”

It was instead a brilliantly-written and deeply-researched story by Sarah Stillman in The New Yorker about the ways in which local law enforcement officials are committing highway robbery against American citizens—literally—through the use and misuse of broad “civil forfeiture” laws which permit the police to seize property from people and sell and use it for their own benefit without ever charging, let alone convicting, the original property owner of a crime. The stories are heart-breaking and incompatible with what we believe to be the purposes of our legal systems.

By maintaining the guise of a “civil” proceeding even as they treat people like convicted criminals, officials who rely upon “civil forfeiture” laws get around the presumption of innocence that is supposed to attach in criminal cases. They also get around the “beyond a reasonable doubt” standard. And they are able, through sheer bluff and bluster, to scare and intimidate people into giving up their rights. Megan Mcardle, writing for Bloomberg, was absolutely right this week in comparing these extortion practices to the “entrepreneurial corruption” that hinders countries in Europe and the Middle East.

What’s so powerful about Stillman’s work isn’t that she told us something we didn’t already know. We’ve known for years that civil forfeiture laws, whatever their initial merit, have been persistently broadened to the point of misuse. And you don’t need to be a legal scholar or political scientist to understand why: by allowing the police to benefit directly from the “forfeitures,” these laws create perverse economic incentives. It’s bad enough when local cops set up a speed trap so they can fine drivers to pay for road construction. It’s far worse when local cops seek to raise money for their own salaries by taking someone’s car, or their cash, or by threatening to take their home.

Stillman’s piece is important because it reminds us in gory detail that we haven’t done nearly enough to stop this official misconduct. It shouldn’t be a political matter. There should be broad bipartisan support to reign in this abuse. Conservatives, who pray at the altar of private property, shouldn’t tolerate policies that strip people of their property without any meaningful due process. Progressives, ever skeptical of the arbitrary nature of local law enforcement, shouldn’t tolerate practices with such little judicial oversight. Who exactly, out of a police uniform, is in favor of “civil forfeiture?”

And yet here we are. The only rationale for civil forfeiture is that it helps the police fight crime and the police are astonishingly candid about why they take the assets they take. “We all know the way things are right now—budgets are tight,” Steve Westbrook, the executive director of the Sheriffs’ Association of Texas told Stillman. “It’s definitely a valuable asset to law enforcement, for purchasing equipment and getting things you normally wouldn’t be able to get to fight crime.” Many officers, Stillman tells us, “contend that their departments would collapse if the practice were too heavily regulated.”

That rationale is a perversion of American law and politics. Law enforcement should be everyone’s burden, through taxes, and not just the burden of the poor saps who happen to wander down the wrong road in Texas and become the victims of uniformed pirates. If the police need more money to fund their operations they shouldn’t be allowed to take it from people without trial. They should be required to ask for it from elected officials, who are accountable to voters. Civil forfeiture laws impermissibly shift public burdens onto a few people, found in the wrong place and the wrong time, presumed guilty and punished without indictment or trial, and deprived of their “property” without “due process of law.”

Civil forfeiture reform efforts already are underway. Many people around the country understand better now the inherent danger of linking law enforcement activities with a profit motive. But Stillman’s piece should expedite the process of reform. Congress needs to curtail the practice on the federal level—and also expand the ability of indigent people who are subject to civil forfeiture to have access to counsel. And state lawmakers need to confront the sad truth that they have over time permitted the police to turn these forfeiture laws on people who were never intended to be targets.