Today, Democrats on the House Intelligence Committee released more than 3,000 Facebook and Instagram ads purchased by the Kremlin-linked Internet Research Agency. The trove does not include Russian ads on other platforms, or Facebook and Instagram ads purchased by Russian operatives other than the Internet Research Agency, but it certainly sheds light on Russia’s strategy to influence American politics around the 2016 election.

While many aspects of Moscow’s online influence campaign have already been reported, seeing thousands of ads in one place drives home some important takeaways, which we discuss here. It also powerfully illustrates the need for the protections in the proposed Honest Ads Act, which would apply disclosure rules already in place for ads on TV and radio to online ads, create a public database of ads that discuss candidates or political issues, and require ad sellers like Facebook to try to block foreigners from buying political ads.

The Russians were intent on sowing discord.

The Russians bought ads that appeared to promote both sides of divisive social issues. Some accounts pretended to be Black Lives Matter activists protesting police brutality, while others dressed up as law enforcement supporters complained about a war on cops. Similarly, while some accounts scapegoated Muslims as a threat to security, others focused on ending Islamaphobia. Though few would dispute that these are critical issues for Americans to discuss, Americans engaging in these debates have a right to know if a foreign power is egging them on — or secretly collecting information about their preferences and beliefs based on their activity online. 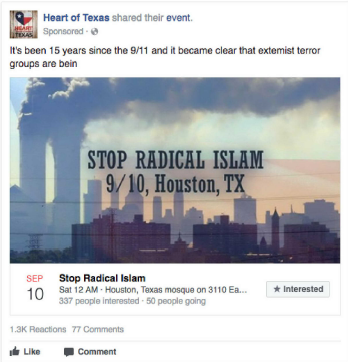 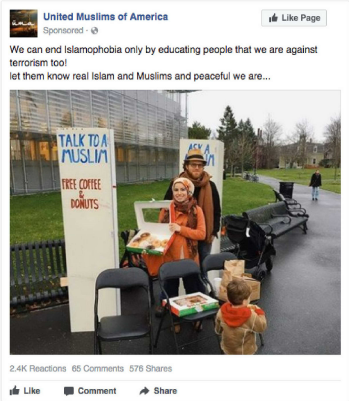 Many ads were explicitly aimed at the election.

Although most of the ads discussed controversial issues, many praised or attacked specific presidential candidates. The United States has longstanding rules banning foreign spending in elections. If there were stronger transparency rules for online ads and a requirement for companies that sells ads to block foreign political ad buys, it would be harder for Russian trolls to get away with these tricks. 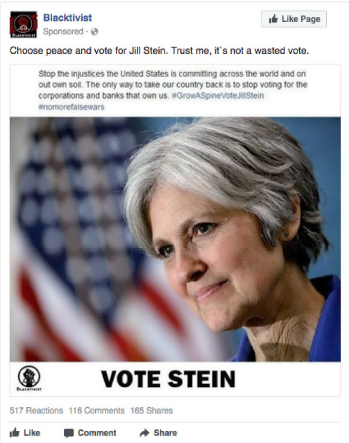 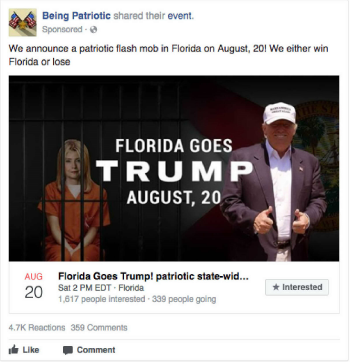 One of the striking things about advertisements purchased in the fall of 2016 is how many seem designed to discourage Black Americans from voting. Our colleague Ted Johnson provides useful historical and political context for these particular ads. 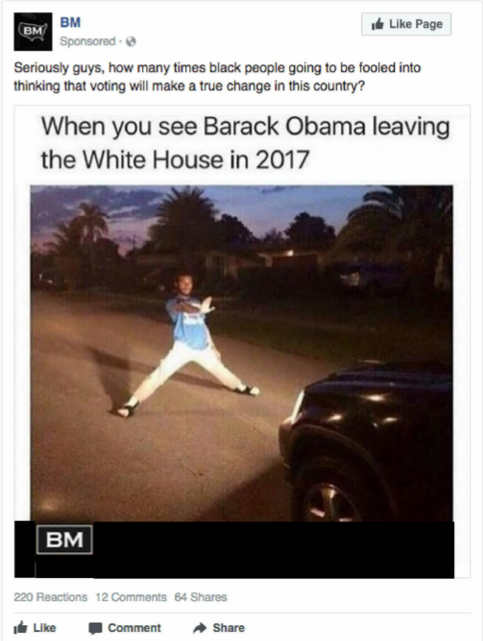 Paid ads are only part of the story.

These thousands of ads, viewed by millions of Americans, are the tip of the iceberg. Russian trolls try to get users to interact with their ads, since those users will then see all the Russian accounts’ posts, whether paid or free. This dramatically expanded their reach — Internet Research Agency accounts reached an estimated 126 million Americans. 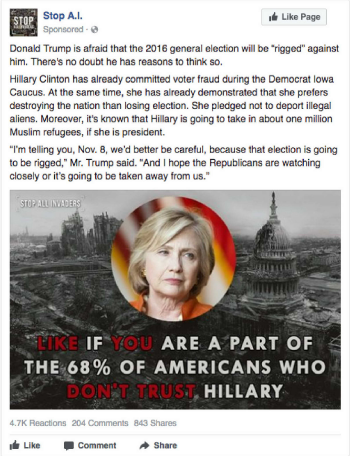 The Russians continued to purchase ads after the 2016 election.

Even in 2017, after Americans began to learn the full extent of Russian interference in the election, the Russians continued to buy advertisements pushing hot-button political issues. While the Honest Ads Act would not make the purchase of such ads by a foreign power illegal, it would provide transparency by requiring social media platforms to create a public database that would include information about ad buyers and the audiences they sought to target.

The audiences were targeted with precision.

The Russia-linked accounts used Facebook’s powerful ad targeting tools to maximize their influence. Several ads targeted veterans or military reservists, and at least one targeted HuffPost bloggers. Currently, this kind of targeting can be kept secret, unlike traditional broadcast ads that are visible to anyone who receives the signal. Lawmakers should require online ads be reported in a public database that includes information about the audiences targeted. 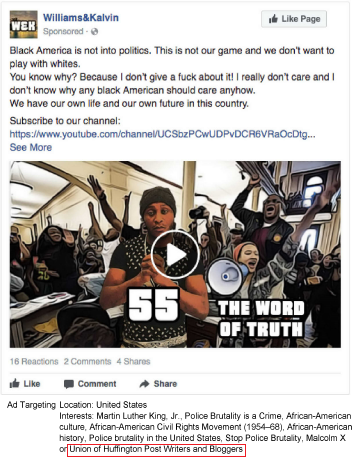 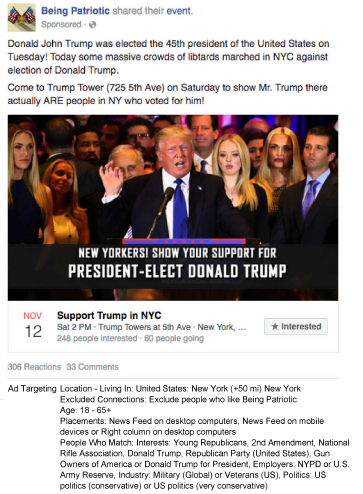 The Honest Ads Act is the first step to get foreign funds out of American elections.

The Honest Ads Act would update American campaign finance laws to make it far more difficult for the Russians, or any foreign power, to buy political advertisements in the United States.

But it is just the first of multiple necessary steps. Foreign powers have many other ways to covertly spend in American elections. Dark money groups spend without limit on elections without disclosing their donors. We can’t know if foreign powers are funneling money into our elections until we bring transparency into these groups’ political activity.

Congress should also block the ability of foreign powers to spend on American elections through corporations they control. Specifically, they should extend the ban on foreign spending to domestic corporations and other business entities with significant ownership by foreign interests.

We discuss these and other solutions to the problem of foreign spending in American elections here.