(Note: This updates the Roundup previously published on March 27, 2017.)

At this point in the year, every state’s legislature is either in session or has completed its 2017 calendar. As has been the case all decade, legislators across the country are trying to reshape state voting laws. In several places, this means it will soon be harder to vote: Five states have already enacted bills to cut back on voting access, and one more is on the verge of doing so. By comparison, three states enacted voting restrictions in 2015 and 2016 combined. Overall, however, more bills to expand access to voting were introduced this year than bills that would restrict voting access. Still, of the legislation making the most substantial impact on voting access, more legislation to limit participation is advancing toward passage. Moreover, governors in Nebraska and Nevada have vetoed the bills that would expand access to the franchise.

Overall, at least 99 bills to restrict access to registration and voting have been introduced in 31 states. Thirty-five such bills saw significant legislative action (meaning they have at least been approved at the committee level or beyond) in 17 states. 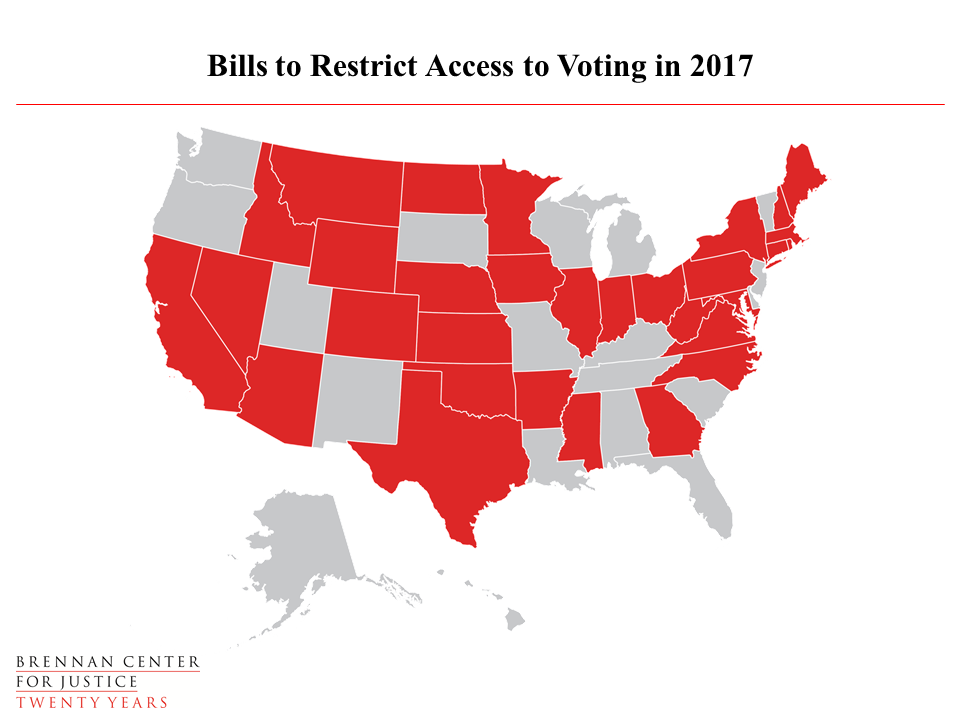 Five states have already enacted laws making it harder to register or vote, one more is on the verge of doing so, and more states could act later this year:

Legislation pending in other states poses risks to voting access. For example, Oklahoma’s Senate passed a bill that would add a voter ID requirement to the state constitution. The bill passed with a wide margin in the Senate, setting up a likely house vote. Meanwhile, Texas’s senate has passed a voter ID bill, discussed in further detail below, that would put in place a voter ID provision less voter-friendly than the current, court-ordered provision.

Restrictions on voter registration are a close second

After voter ID, making the voter registration process more burdensome is the most popular subject of bills to cut back on voting access. Overall, 33 bills to make the voter registration process more burdensome have been introduced in 22 states. Bills have at least been considered and approved by a legislative committee in Connecticut, Iowa, Kansas, Maryland, New Hampshire, Rhode Island, Texas, Virginia. Of these, New Hampshire’s has the most momentum: a bill to make registration more difficult for students, supported by the Secretary of State, has passed the Senate.

Bills to restrict voter access approved by state legislatures in 2017

Overall, at least 531 bills to enhance voting access have been introduced in 45 states. One hundred fifty-six bills have at least been considered and approved by a legislative committee in 30 states. 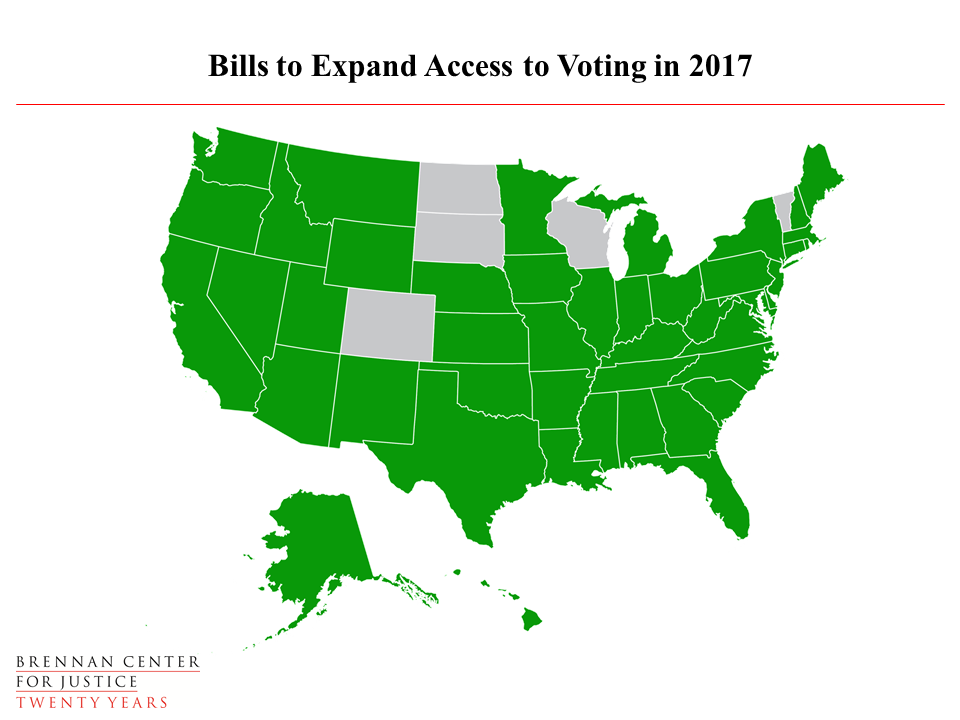 Fifteen state legislatures have passed bills to expand access to voting, but Governors have vetoed the most impactful legislation

Eight states have enacted bills that will make voting and registration easier, seven states have not yet enacted legislation but have passed it through their state legislatures, and more than a hundred bills to improve voting access have at least advanced through a committee. The two bills that would make the biggest impact on voting access, however, have been vetoed.

Automatic voter registration (AVR) remains a popular pro-voter reform that is being introduced in legislatures across the country, building on momentum from the last two years.  AVR is a new reform that leverages existing technology to help get voters registered. It also changes our system from one in which voters must affirmatively register to vote to one in which they are registered unless they “opt out.” In 2015 and 2016, six states passed or implemented AVR. 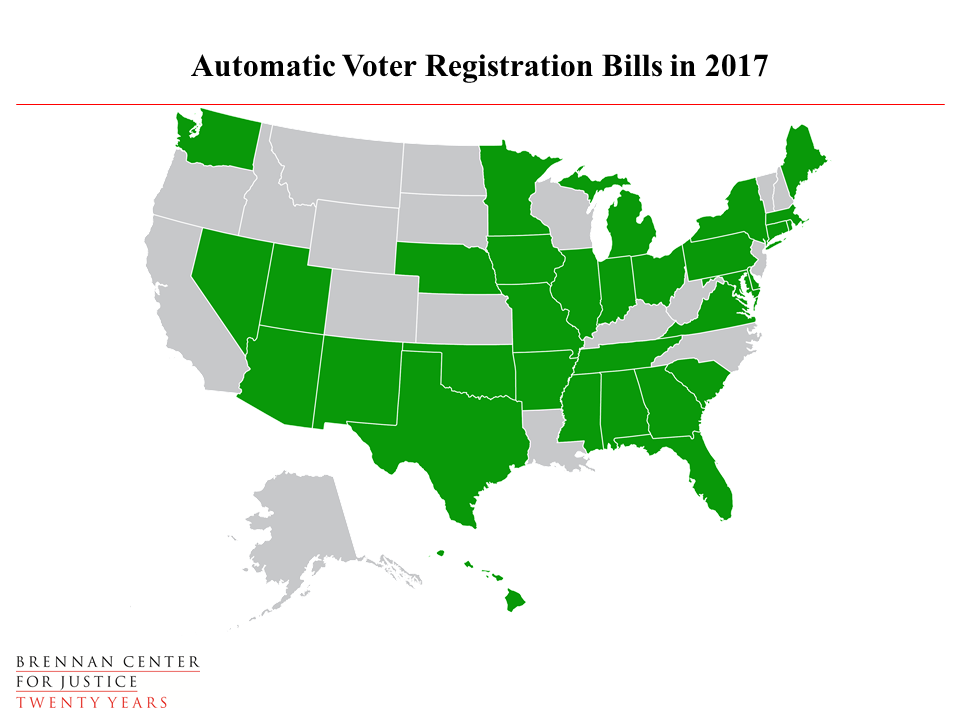 Legislation to expand early and absentee voting is popular

As described above, Nebraska and Wyoming’s legislatures approved bills to help restore the right to vote to people with past criminal convictions. Nebraska’s bill was vetoed.