The Case for Voter Registration Modernization – In the wake of Election 2012, we need basic national standards to minimize long lines at the polls and ensure that every eligible American who takes responsibility to vote is properly registered and can cast a ballot that counts. Voter Registration Modernization is a key reform to achieve these goals. Click here to learn more. 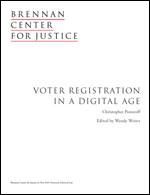 Modernizing Voter Registration: Momentum in the States – The past year has seen gathering momentum in the states to modernize the voter registration system. This brief summarizes those developments. In various ways, states have begun to move toward a system in which voters are automatically and permanently added to the rolls, with fail-safes in case of government mistakes. Such changes have typically garnered bipartisan support, and been implemented without controversy. Moreover, reforms have increased voter registration rates, improving the accuracy of the voter rolls, curbed opportunities for fraud, and saved millions of dollars. Click here to learn more.

Voter Registration Modernization – The Brennan Center’s policy proposal calls for federal action to move the country towards the goal of modernizing our voter registration system. A system of universal registration would build on existing policies and innovations undertaken by state and local officials. Under this proposal, all eligible Americans would be automatically and permanently registered to vote through government initiative, with the failsafe opportunity to correct errors on Election Day. Click here to learn more. 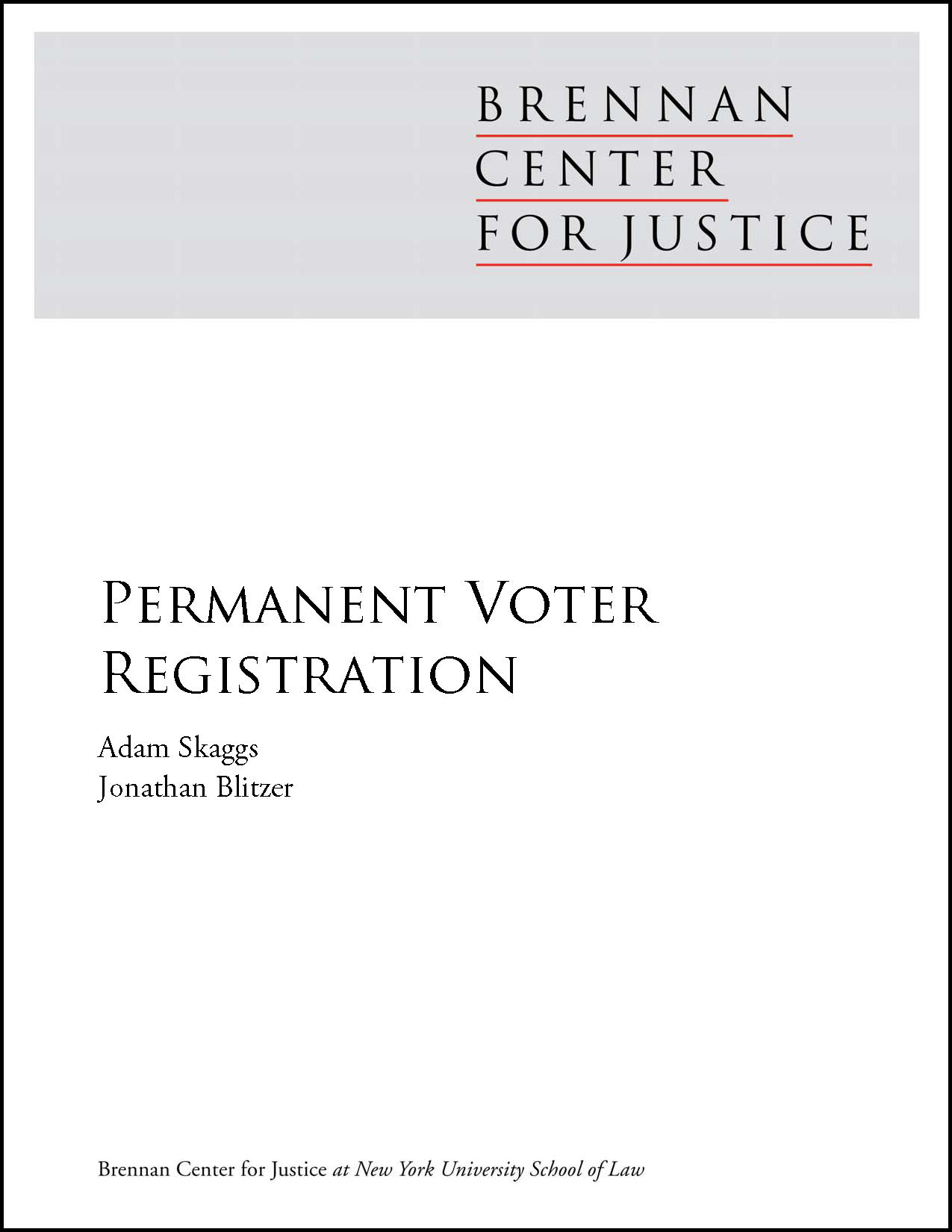 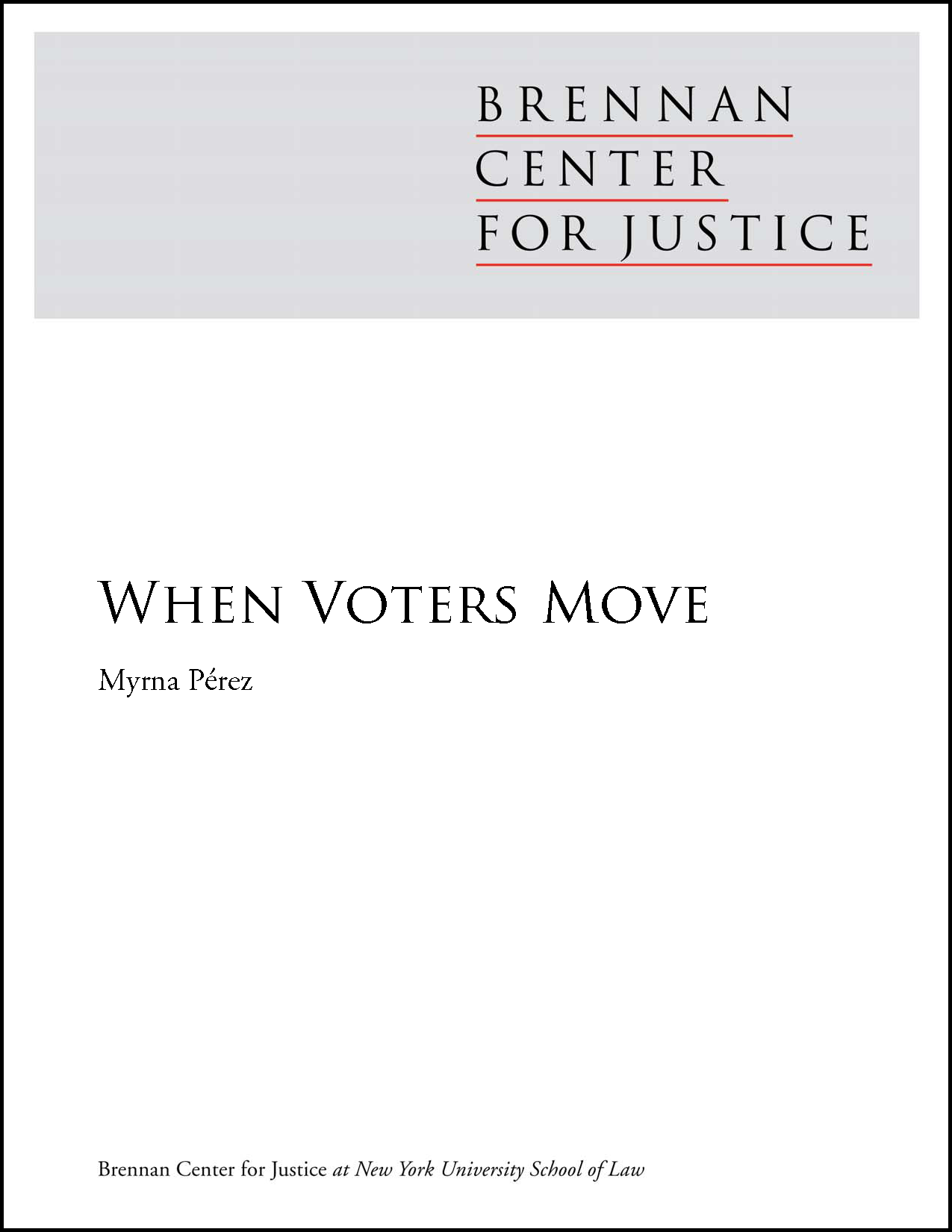 When Voters Move – Voter mobility poses new complexities to ensuring that eligible citizens are properly registered to vote. This report catalogues state rules and practices for dealing with voters who move and describes several ways in which otherwise registered, eligible voters can be disenfranchised because they moved without updating their registration records. Appended to the report is a guide to voters explaining the procedures for voting upon moving within each of the fifty states. Click here to learn more.

Government Lists: How Ready Are They for Automatic Registration? – This analysis provides information on five categories of government lists that may be used for the purpose of automatically registering eligible citizens to vote: (1) state department of motor vehicles databases; (2) state social service databases; (3) other state lists covering low-income citizens; (4) lists of recipients of state and federal disability benefits; and (5) federal government lists. The lists discussed in this document have some or all of the data elements necessary to register voters; the capacity to share data with other government entities; and, when taken together, the demographic coverage necessary to capture a large proportion of voting-eligible citizens. Click here to learn more. 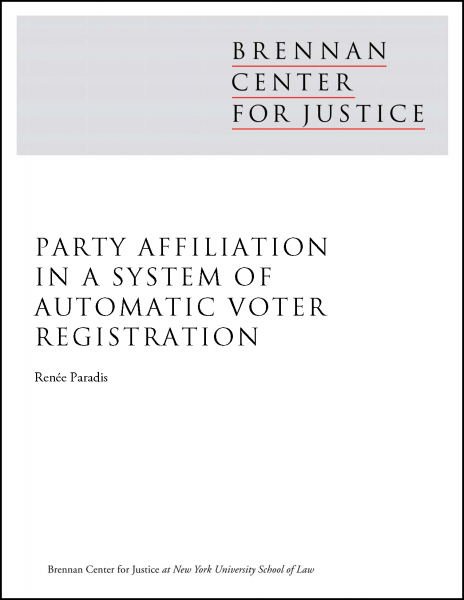 Automatic Registration in the United States: The Selective Service Example – This report describes the Selective Service System’s practice of automatically registering young men using information contained in existing government agency lists. The report shows that the technology, resources, and institutional knowledge already exist to support a system of automatic registration, and argues that the government should use the same tools to strengthen our democracy.  Click here to learn more.

Registering Military and Overseas Citizens to Vote – This report catalogs the unique challenges to voter registration faced by Americans who are serving in the military or living overseas. Modernizing the voter registration system would significantly decrease the problems these voters face and would make it much easier for them to participate in our democracy. Click here to learn more.