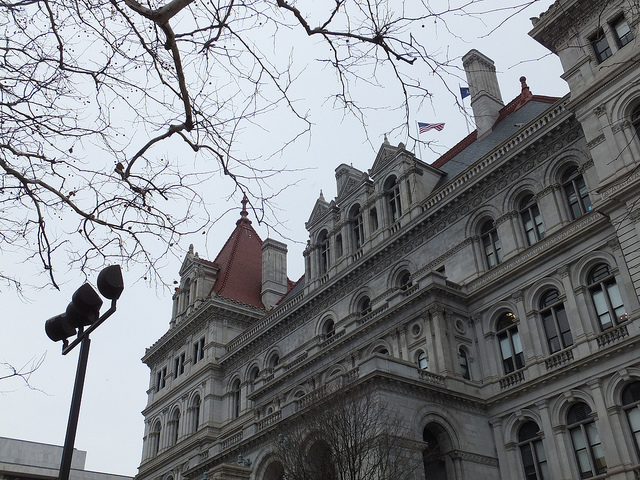 This piece is co-authored by Hazel Dukes, President of the New York State Conference of the NAACP.

Crossposted from the Amsterdam News.

At the NAACP and the Brennan Center, we have been saying for years that Albany’s elected officials have to be more accountable to the communities—that means us—that they are elected to represent. If we want our elected officials to refocus on the needs of their district, we need to reduce big money’s power in our political system.

Now, in a few short weeks, after countless calls for reform and resistance from legislators who benefit from the status quo, we will find out whether Gov. Andrew Cuomo and legislators are serious about enacting needed reforms to elevate the voices of average New Yorkers. Under the current system, candidates for state office don’t have a realistic chance of winning unless they are independently wealthy or spend their time cultivating relationships with wealthy donors who can finance their campaigns.

Once they get into office, they become entrenched in a self-perpetuating system: The only way to ensure reelection is to make policy decisions based on those donors’ interests, to the detriment of constituents who can’t afford to pay for political access. Average New Yorkers—particularly minority and low-income voters—are often shut out or ignored.

This next month provides the best opportunity for reform in recent memory. Cuomo, the Assembly and the state Senate are engaged in negotiations ahead of the April 1 deadline for a final state budget. The governor and Assembly have already included comprehensive reforms, including public financing of elections, in their budget proposals. There is resistance from Senate Republicans to include this common sense proposal in the final budget, but Cuomo and other Democrats are guilty too for not having pushed hard enough in the past to make change a reality. Whether they do so over the next few weeks will be an important sign of how seriously they take the need to make the diverse voices of average New Yorkers heard in Albany.

In New York City, we’ve had a successful public financing system in place for 15 years. Established following a massive corruption scandal in the 1980s, we’ve seen nothing of that scale since. The system magnifies the voice of everyday citizens at a minimal cost. At the state level, it would cost less than a penny a day per New Yorker. Public funding has a proven track record of increasing the diversity of candidates who seek public office.

A 2012 Brennan Center report found that low-income and minority donors participated at far higher rates under the city’s public financing system than they did in state races, even in the same neighborhoods. As a result, candidates without connections to big donors can still raise money and compete. This means a far more diverse pool of candidates for office.

In fact, numerous candidates for city office have used small donations from average constituents to defeat opponents funded by big donors. A statewide public financing could have the same effect on Albany.

As we continue the debate on how best to allocate limited public resources, our communities need representatives who share our values and for them to be at the table fighting for our interests. We need candidates from diverse backgrounds—ethnic, socioeconomic and professional—who are willing to take a risk and accept the challenges associated with running for public office. What we do not need is a system that continues to favor the candidacies of the independently wealthy and those with an elite network of deep-pocketed donors or special interest friends.

A public financing system eliminates this tension and gives legislators the option of funding their campaigns by using small donations from average constituents. This encourages legislators to advocate for constituents’ concerns, instead of big donors’. In addition, it can reduce the influence of corporate and special interest money in state legislative and policy debates that impact all New Yorkers.

Decades after the push to clean up Albany began, we’re closer than ever to passing comprehensive reforms. It’s ironic that the power to elevate the diverse voices of thousands of New Yorkers rests largely in the hands of just four men—Cuomo, State Assembly Speaker Sheldon Silver and Senate Co-Leaders Jeffrey Klein and Dean Skelos. We need to let them know how much New York needs change, and to hold them accountable if they squander this opportunity.