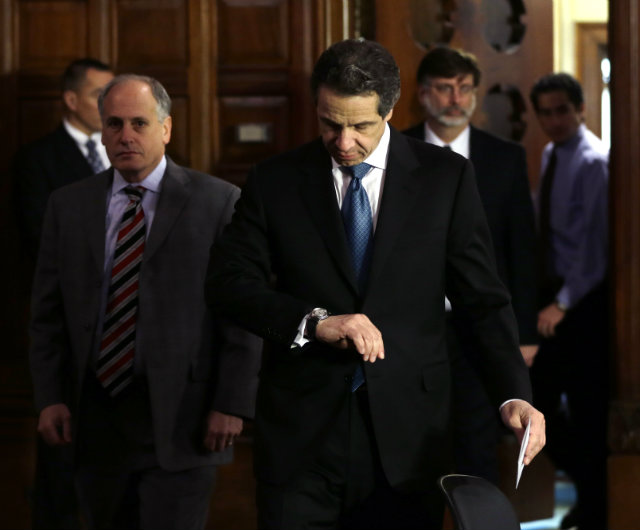 It’s a shame that many New York State voters tend to view political corruption as more political theatre or tabloid farce, than the cancer that it is.  But they’re right that our state government too often seems like a joke. In the past few months, we have seen scandal after scandal — sex videos, Senators wiretapping Senators, kickbacks, and lots of indictments and convictions.

And that is just the illegal activity. Perhaps even more perverse is the legal fundraising activity, where our elected officials used every campaign slush fund and loophole in finance law available to grab cash from big donors.

One is tempted to simply paraphrase Mark Twain by helplessly saying, “If used long enough, diapers and politicians need to be changed, no matter how hard they cling to their position.” We chuckle and shrug, and re-elect our incumbents because they are familiar.

But corruption in New York has reached a crisis, and the issue of reform will be, for the first time in many of our lives, the central issue in statewide elections. In response to the string of astounding revelations and criminal charges last year, Governor Andrew Cuomo proposed sweeping campaign finance reform measures, which were ignored by the same toxic State Legislature that made reform necessary in the first place. Cuomo reacted by forming the Moreland Commission to Investigate Public Corruption, which discovered, and continues to discover, big surprise, a lot of corruption. And still, we have seen no meaningful reform proposals from the state legislature.

So this year Governor Cuomo took charge. He proposed comprehensive campaign finance reform, including public financing, as part of his 2014 budget, and left our legislators in the uncomfortable option of either fending off more subpoenas from the Moreland Commission about their finances, or to take on corruption squarely. This is a fight Cuomo must win.

Public corruption isn’t just morally wrong — it hits home for many New Yorkers, including small businessmen and women. Just how corrupt and insipid our state government is, came home to me personally 20 years ago when starting my small company and  I decided I needed “political” assistance to secure a discretionary approval from a state agency. Consulting “insiders” I was told to retain the services of two lobbyists: one Democrat and one Republican. And I was told that because the Governor was a Republican, it would be smart to make a contribution to that party — not directly, mind you, but to a county committee to avoid the donation being reported. Awards being given out not based on merit, but instead on political connections and donations is a powerful symbol of how our government is failing the average people it’s meant to work for.

Governor Cuomo’s reform package is well thought-out. Public financing has worked for years in New York City and Connecticut, and would cost each New Yorker less than a penny a day. That’s a small price to pay to elevate the voices of average voters, and reduce the overwhelming influence of the wealthy elites who currently buy political access with jumbo campaign contributions. Stronger disclosure laws will help voters understand who is funding certain candidates, and what those funders are hoping to buy once their chosen politician makes it into office. Lower contribution limits will slow the political spending arms race.

When New Yorkers are polled, they overwhelmingly support campaign finance reform by a tremendous margin of 82 percent. But unfortunately, only about 20 percent consider it a priority behind issues such as jobs or crime. So while the issue is universally popular, it has received, up until now, neither passion or sustained commitment. The reason isn’t hard to understand: our incumbent representatives have no reason to talk about it, since they benefit from the current system.  And most voters don’t understand how much policy is warped by the constant flow of cash to our elected officials.

But this year should be different. Corruption has reached an acutely painful point, and we have a popular governor who is willing to stake his reputation on making an historic shift in the way we govern ourselves. We are closer than ever to fundamental change to elections that can end our protracted corruption nightmare, and give us a government that works for voters, not the biggest donors. New Yorkers should get behind Gov. Cuomo and push our legislators to act.

Stephen S. Bowman is President of Peregrine Senior Living in Syracuse. He is a member of New York Leadership for Accountable Government.