In the first full election cycle since Citizens United, special interest groups and political parties spent an unprecedented $24.1 million on state court races in 2011–12 — an increase of over $11 million since 2007–08. This dramatic increase in independent spending fueled the costliest election cycle for TV spending in judicial election history, leading to nasty attack ads, and posing grave new threats to our fair and impartial courts.

“The New Politics of Judicial Elections, 2011–12” analyzes the prominent role of special interest money in state Supreme Court elections.  In 2011–12, many of these races “seemed alarmingly indistinguishable from ordinary political campaigns—featuring everything from Super PACs and mudslinging attack ads to millions of dollars of candidate fundraising and independent spending.”  The report documents how the “boundaries that keep money and political pressure from interfering with the rule of law have become increasingly blurred.” The report was written by Justice at Stake, the Brennan Center for Justice at NYU School of Law, and the National Institute on Money in State Politics.

In recent years, as the cost of judicial campaigns has soared, the boundaries that keep money and political pressure from interfering with the rule of law have become increasingly blurred.

Thirty-eight states conduct elections for their Supreme Courts, including partisan and nonpartisan contested elections and up-or-down judicial retention votes. During the 2011–12 election cycle, many of these judicial races seemed alarmingly indistinguishable from ordinary political campaigns—featuring everything from Super PACs and mudslinging attack ads to millions of dollars of candidate fundraising and independent spending.

Since 2000, The New Politics of Judicial Elections series has tracked the increased politicization and escalating spending in state judicial campaigns, as well as the growing role of special interest money. These trends continued in 2011–12, even as several new and troubling developments emerged.

The good news is that states retain powerful tools to resist the growing politicization of judicial races. Strong disclosure laws and recusal rules promote accountability and help ensure that special interests cannot buy justice. Public financing can provide judicial candidates with an alternative path to running a competitive race without needing to rely on contributions from lawyers and litigants seeking to influence judicial decision-making. Merit selection, meanwhile, is designed to ensure that judges are selected based on their qualifications and to help insulate them from political pressure (although in recent years concerns have emerged regarding the politicization of retention elections). Finally, voter guides and judicial performance evaluations give ordinary citizens the information they need to assess judges based on their experience and qualifications—and not on misleading attack ads. These commonsense measures can help ensure that citizens feel confident that their judges are accountable to the law and the Constitution, not to special interests. 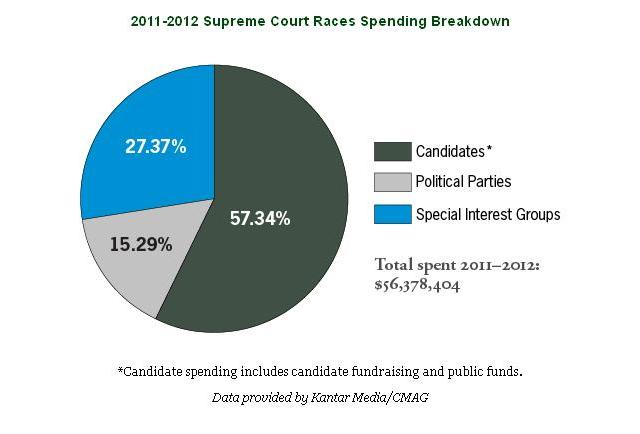 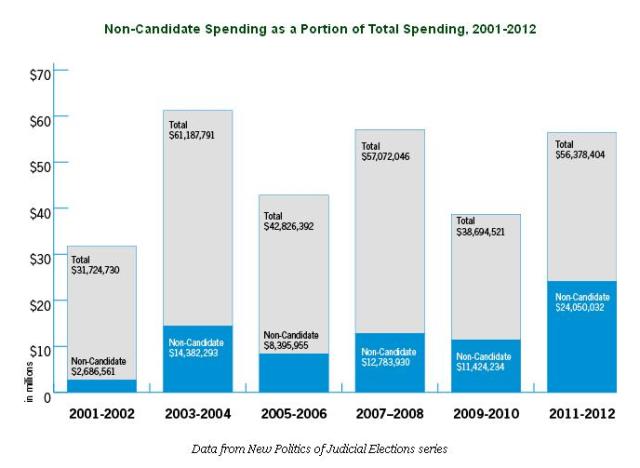 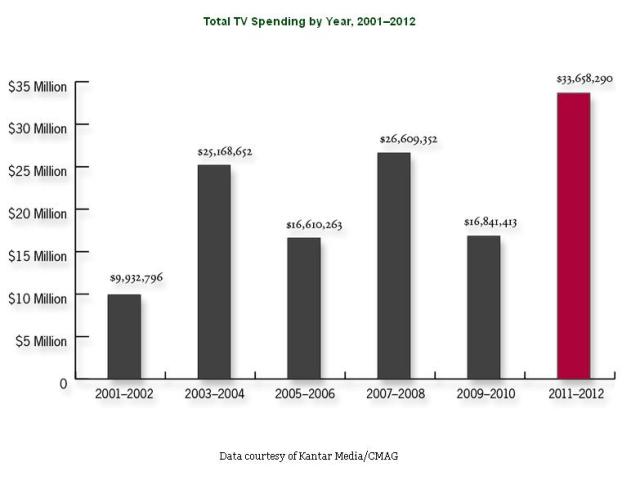 Justice at Stake is a nonpartisan campaign working to keep America’s courts fair and impartial. Justice at Stake and its 50-plus state and national partners work for reforms to keep politics and special interests out of the courtroom—so judges can protect our Constitution, our rights and the rule of law. Justice at Stake also educates Americans about the role of the courts, promotes diversity on the bench, and supports adequate resources for courts.

The Brennan Center for Justice at NYU School of Law is a nonpartisan law and policy institute that seeks to improve our systems of democracy and justice. The Center’s work ranges from voting rights to campaign finance reform, from racial justice in criminal law to Constitutional protection in the fight against terrorism. A singular institution—part think tank, part public interest law firm, part advocacy group, part communications hub—the Brennan Center seeks meaningful, measurable change in the systems by which our nation is governed.

The National Institute on Money in State Politics collects, publishes, and analyzes data on campaign money in state elections. The database dates back to the 1990 election cycle for some states and is comprehensive for all 50 states since the 1999–2000 election cycle. The Institute has compiled a 50-state summary of state supreme court contribution data from 1989 through the present, as well as complete, detailed databases of campaign contributions for all state high-court judicial races beginning with the 2000 elections.