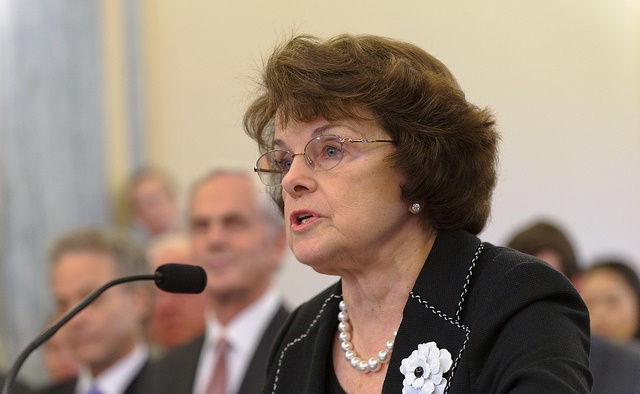 The Senate Intelligence Committee (along with its counterpart in the House) and the Foreign Intelligence Surveillance Act (FISA) court were set up to control the intelligence agencies in the wake of post-Watergate revelations of their overreach. At the time, Congress recognized the need for effective intelligence operations but understood the threat such shadowy activities posed to American democracy and individual liberties. The FISA court and intelligence committees were supposed to be bulwarks against the dangers of secret spying programs.

The effectiveness of these institutions has often been debated, but their shortcomings are now clear. The United States’ response to the 9/11 attacks has pushed them beyond the breaking point, and the interference by the CIA that Feinstein brought up in her speech show how easily legislative checks can be thwarted by intelligence agencies — and how Congress repeatedly gives in.

As shocking as Feinstein’s public attack on the CIA might have seemed, it’s even more troubling to think about all the times the agency interfered with congressional oversight without so much as a public peep from her or her colleagues. Her committee is investigating the CIA’s interrogation and detention programs — also known, in layman’s terms, as torture. But rather than insist that the CIA turn over relevant documents so the Senate could conduct its probe independently, Feinstein agreed that staff would review documents in a computer facility set up by and at the CIA. This unusual arrangement left committee vulnerable to monitoring and undermined its ability to conduct an unimpeded review. To offset this risk, the CIA pledged that it would not look at the computers used by the investigation’s overseers except for technical reasons.

But it became clear that the agency was interfering when documents began disappearing from the database in 2010. The CIA apologized and promised not to remove documents again. Then when Senate staffers got their hands on a truly explosive document, a review ordered by then–CIA chief Leon Panetta that supported the Senate committee’s conclusion of “significant CIA wrongdoing,” the agency moved to protect itself, breaching, once again, the supposedly secure computers and removing documents. Yet again, Feinstein didn’t call out the agency for its illegal actions. She went public only upon learning that the CIA had not just broken into the computers again — this time to search the work and internal communications of its overseers — but also had asked the Justice Department to launch a criminal probe into Senate staff.

Ironically, Feinstein defended the committee’s staff by pointing to a previous CIA action that hampered oversight: the destruction of tapes of interrogations requested by Sen. Jay Rockefeller, D-W.Va., then the chair of the committee. Of course, it was Congress that let the agency get away with this extraordinary destruction of evidence, perhaps leaving the impression that it wasn’t willing to act when its authority was threatened. Notably, more than a year after its investigation was completed, Feinstein’s committee still hasn’t released its report on alleged torture by the CIA in its interrogations.

So much for Congress’ keeping tabs on what the CIA is doing with its vast powers and resources. What about the courts? Regular federal courts rarely review intelligence operations conducted by the CIA or the National Security Agency. But the special FISA court set up to oversee the NSA hasn’t served as much of a check either.

Last year the FISA court was revealed, thanks to leaks from Edward Snowden, to have signed off on a program that collects records of practically all telephone calls made in the United States, as well as one that scoops up e-mail records. According to the latest story, in 2001 the court issued a ruling, known as the Raw Take order, setting aside rules meant to prevent the NSA from sharing irrelevant personal information about innocent Americans.

One could go numb poring through all the acronyms and legalisms of what the court did and why. Perhaps the best way to understand the court’s decision is by way of analogy. The NSA claims that it collects truckloads of information to build a haystack in which to search for needles relating to terrorism but that it looks only at the relevant needles of information. Americans needn’t worry, the NSA claims, because it’s interested only in information about bad guys and not ordinary people. But the FISA court decision allowed the NSA to look at and share with other intelligence agencies not just the needles but the entire haystack of information. Small wonder that intelligence officials consider the ruling a milestone in the history of American spying and privacy law.

Do the right thing

President Barack Obama hasn’t seen fit to chastise the CIA for its actions, and it has been reported that the White House blocked Senate access to some 9,000 documents. He has vigorously defended the NSA, often relying on the supposedly rigorous check that Congress and the FISA court provide. In his first remarks about Snowden, Obama said Americans didn’t need to just trust that he was “doing the right thing … because we’ve got congressional oversight and judicial oversight.” If people can’t trust the president or Congress or federal judges to uphold the law, Obama said, “we’re going to have some problems here.” Unfortunately, these stories show there are definitely some problems here.

The secret court in which the intelligence agencies are almost always the only advocates doesn’t work to hold the spies in check. The court almost always sides with the government; in the last 33 years, it turned down surveillance requests just 0.03 percent of the time. The congressional intelligence committees seem forever behind the curve and intimidated. Yet the American people are told that these two institutions will protect their rights. It’s pretty obvious they won’t.

Faiza Patel is co-director of the Liberty & National Security Program at the Brennan Center for Justice at NYU Law School. She focuses on U.S. counterterrorism policy, racial and religious profiling, human rights and humanitarian law, chemical weapons and international law.