America has less than 5 percent of the world’s population, but nearly 25 percent of its prisoners. Our criminal justice system drives and reinforces deep-seated racial inequity. It disproportionately punishes people of color, and is the greatest civil rights injustice of our time.

Politicians, law enforcement, advocates, and economists agree we need to end the era of mass incarceration. The Brennan Center’s new report, How Many Americans are Unnecessarily Incarcerated?, conducts an empirical analysis to document how many prisoners are behind bars without a justifiable public safety reason.

Mass incarceration exists because our lawmakers created it. Responding to rising crime in the 1980s and 1990s, states and the federal government enacted a series of laws that dramatically increased sentences for many crimes, and created entirely new ones. But today, crime has plummeted, reaching levels not seen since the 1960s. And, mass incarceration was not the cause. In fact, a majority of states reduced their prison populations while cutting crime.

This report is the first analysis providing a blueprint for how to safely and significantly cut our prison population. Considering a variety of factors — including seriousness of the crime, impact on the victim, intent, and risk of recidivism — we looked at how many people don’t need to go to prison in the first place, and how many are there for too long. 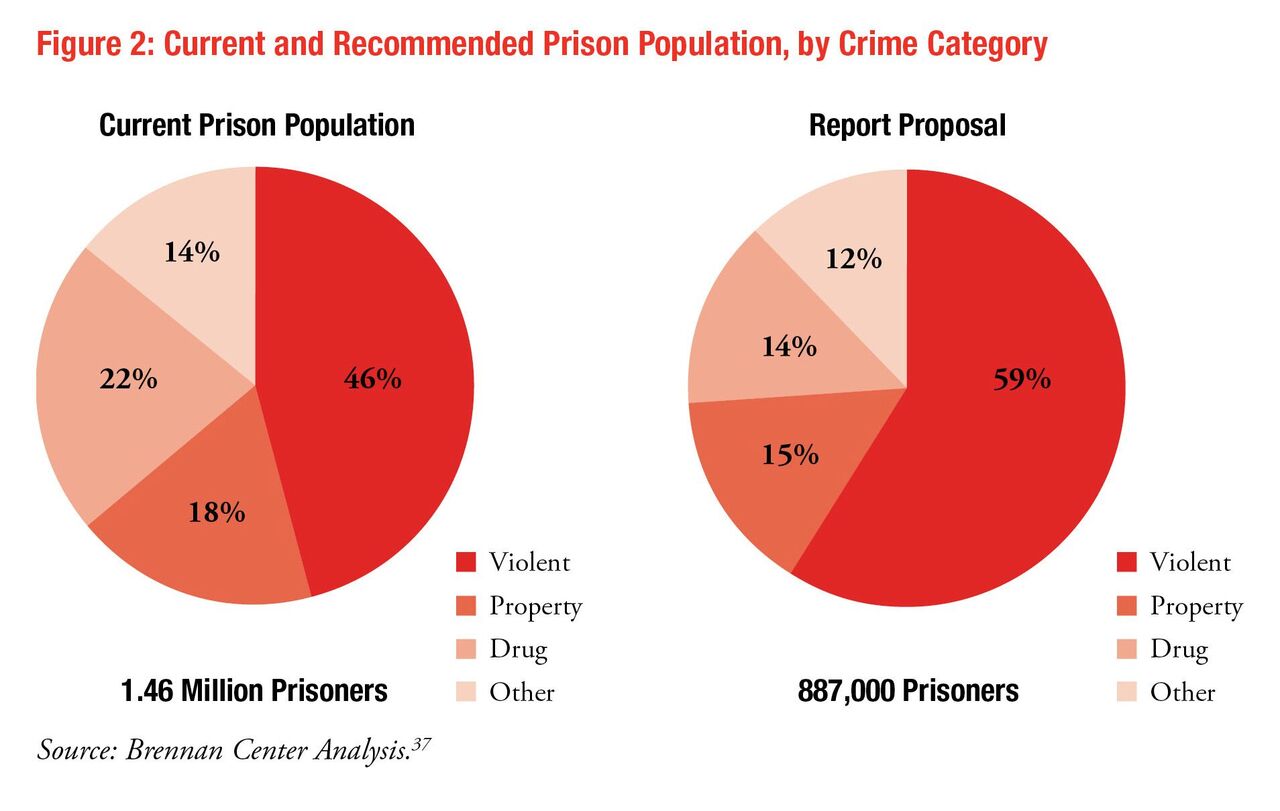 Together, if these prisoners were released, it could save nearly $20 billion annually. The savings could employ 270,000 new police officers, 360,000 probation officers, or 327,000 school teachers.

Based on these findings, we offer several recommendations to state legislatures and Congress to safely reduce the prison population, including:

Judges should have discretion to depart from these default sentences when necessary. Additionally, current prisoners should be considered on a case-by-case basis for retroactive application, and prosecutors should seek alternatives to prison when appropriate. The $200 billion in savings over 10 years could be reinvested into programs proven to prevent crime and reduce recidivism.

Our goal with this report is to jump-start a conversation about how the United States can implement specific reforms that are audacious enough to truly end mass incarceration.

Our current approach isn’t working. Using prison as a knee-jerk reaction to crime devastates families and communities, significantly impacts the country’s economy, and — in many cases — isn’t guided by a public safety need.

The evidence-based suggestions in this report show one way to rethink sentencing that will reduce the system’s disproportionate impact on communities of color, keep hard-won declines in crime over the last 20 years, and save significant amounts of money.