Ten renowned economists from across the political spectrum — including former Cabinet officials, a Nobel Laureate, professors, and political advisers — have joined together to form the Brennan Center’s Economic Advisory Board, a new initiative supporting the Center’s data-driven approach to ending mass incarceration. The bipartisan group will provide strategic guidance and help chart economic and social science research in the Center’s work to end mass incarceration. The group will vet economic analysis seeking to quantify the effects of mass incarceration on economic inequality and on the country as a whole. The initiative is led by Inimai Chettiar, the director of the Brennan Center’s Justice Program.

See below for a full list of members, their biographies, and relevant writings. Click here to read the press release announcing the board. And, read more about the Brennan Center’s efforts to reduce mass incarceration here.

*The views expressed in related works are the author’s own and not necessarily those of the Brennan Center for Justice. 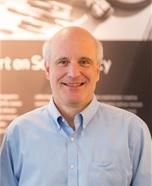 Steven N. Durlauf is a professor at the Harris School of Public Policy at the University of Chicago. He is currently the editor of the Journal of Economic Literature and co-director of the Human Capital and Economic Opportunity Global Working Group.

Related Work:
Imprisonment and Crime – Can both be reduced?
The Deterrent Effect of Imprisonment 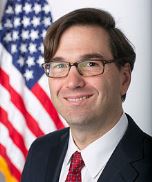 Jason Furman is Professor of the Practice of Economic Policy at Harvard Kennedy School (HKS). Prior to that post, he was the Principal Deputy Director of the National Economic Council. Dr. Furman has extensive public policy experience, having served as Director of the Hamilton Project at the Brookings Institution (where he was also a senior fellow) and Special Assistant for Economic Policy during President Bill Clinton’s administration. Previously, he also served as Chairman of the Council of Economic Advisers, Senior Adviser to the Chief Economist and Senior Vice President of the World Bank, Senior Fellow at the Peterson Institute for International Economics (PIIE), and Senior Fellow at the Center on Budget and Policy Priorities.

In addition to his work in government and public policy, Dr. Furman has also held visiting academic positions at Yale, Columbia, and New York University. His research covers an array of important topics, including fiscal policy, tax policy, health economics, and monetary policy. Dr. Furman is the editor of several books on economic policy, including Path to Prosperity and Who Has the Cure?. He holds a M.A. in government and a Ph.D. in economics from Harvard University, as well as a M. Sc. in economics from the London School of Economics. 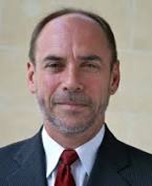 Douglas Holtz-Eakin is the president of the American Action Forum. He was the chief economist of President George W. Bush’s Council of Economic Advisers and served as chief economic policy adviser to John McCain’s 2008 presidential campaign. He was also the director of the Congressional Budget Office from 2003–2005.

Dr. Holtz-Eakin was the president of DHE Consulting, director of the Maurice R. Greenberg Center for Geo-economic Studies and the Paul A. Volcker Chair in International Economics at the Council on Foreign Relations. He was also a senior fellow at the Peter G. Peterson Institute for International Economics, and a visiting fellow at the American Enterprise Institute, Heritage Foundation and American Family Business Foundation. Dr. Holtz-Eakin also held positions at Princeton and Columbia before earning tenure and being named chair of the economics department at Syracuse University. He holds a Ph.D. in economics from Princeton University. 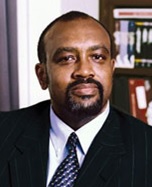 Dr. Loury has written over 200 essays and reviews on racial inequality and social policy and is a frequent commentator on national radio and television. His collection, One by One, From the Inside Out: Essays and Reviews on Race and Responsibility in America won the 1996 American Book Award and the 1996 Christianity Today Book Award. He has also written The Anatomy of Racial Inequality and Ethnicity, Social Mobility and Public Policy: Comparing the US and the UK.

His field of expertise is the economics of libertarianism. He has advocated for many libertarian policies, including legalizing all drugs and allowing failing banks to go bankrupt. He is the author of Drug War Crimes: The Consequences of Prohibition and The Economics of Seasonal Cycles, in addition to numerous op-eds and journal articles. He has been the recipient of an Olin Fellowship from the National Bureau of Economic Research, an Earhart Foundation Fellowship, and a Sloan Foundation Faculty Research Fellowship. Dr. Miron received a B.A., magna cum laude, from Swarthmore College in 1979 and a Ph.D. in economics from MIT in 1984.

Peter R. Orszag is CEO of Financial Advisory at Lazard Freres Co LLC. He is also a nonresident senior fellow in economic studies at the Brookings Institution and a contributing columnist at Bloomberg View, where he writes about health care, politics, and behavioral economics.

He was a Joseph A. Pechman Senior Fellow and deputy director of economic studies at the Brookings Institution, and a distinguished visiting fellow at the Council on Foreign Relations. Dr. Orszag served as director of the Office of Management and Budget during the Obama Administration. He was also the director of the Congressional Budget Office. During the Clinton Administration, he was special assistant to the president for economic policy and the senior economist on the president’s Council of Economic Advisers. Orszag graduated summa cum laude in economics from Princeton University and holds a Ph.D. in economics from the London School of Economics.

Related Work:
It’s Not About Sentencing. Police Need to Make More Arrests.
Some Crimes Can Be Forgotten

Daniel L. Rubinfeld is the Robert L. Bridges Professor of Law and professor of economics emeritus at the University of California, Berkley and professor of law at New York University.  He served as deputy assistant attorney general for antitrust in the Justice Department from June 1997-December 1998.

Dr. Rubinfeld has authored a variety of articles relating to law and economics, law and statistics, public economies, antitrust and competition policy. He has also authored two textbooks, Microeconomics, and Econometric Models and Economic Forecasts. He has consulted for the state of California Attorney General’s Office, the Federal Trade Commission and the antitrust division of the Justice Department, among others. He’s also served as a fellow at the Center for Advanced Studies in the Behavioral Sciences, the National Bureau of Economic Research, and the John Simon Guggenheim Foundation.

Joseph E. Stiglitz is the University Professor at Columbia University, where he is also the founder and co-president of the Initiative for Policy Dialogue. He has taught at Yale, Princeton, Stanford, MIT and was the Drummond Professor and a fellow of All Souls College, Oxford. During the Clinton administration, he served as chairman of the Council of Economic Advisers. He then became chief economist and senior vice president of the World Bank from 1997–2000.  In 2001, he was awarded the Nobel Prize in economics.

Dr. Stiglitz helped create a new branch of economics, “The Economics of Information,” in which concepts have now become standard tools of theorists and policy analysts. He has made major contributions to many fields of economics and he helped revive interest in the economics of research and development in the 1980s. His work has helped explain the circumstances in which markets do not work well, and how selective government intervention can improve their performance. He founded The Journal of Economic Perspectives and is the author of many popular books for which he has received awards such as the European Literary Prize, the Bruno Kreisky Prize for Political Books and the Robert F. Kennedy Book Award. Dr. Stiglitz has been awarded more than 40 honorary doctorates. In 2010, he was awarded the prestigious Loeb Prize for his contributions to journalism. Dr. Stiglitz is a fellow of the National Academy of Sciences, the American Academy of Arts and Sciences, the American Philosophical Society, the Econometric Society, and a corresponding fellow of the Royal Society and the British Academy. 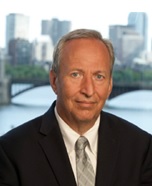 Lawrence H. Summers is the Charles W. Eliot University Professor and president emeritus at Harvard University. He has served in a series of senior policy positions, including vice president of development economics and chief economist of the World Bank, undersecretary of the Treasury for international affairs, director of the National Economic Council from 2009 to 2011, and secretary of the Treasury Department from 1999 to 2001.

Dr. Summers was the first social scientist to receive the National Science Foundation’s Alan Waterman Award for scientific achievement. And, in 1993 he was awarded the John Bates Clark Medal. He was elected to the National Academy of Sciences in 2002. He is a distinguished senior fellow at the Center for American Progress has published more than 150 papers in scholarly journals. He received a B.S. from MIT in 1975 and was awarded a Ph.D. from Harvard in 1982. 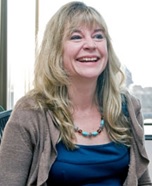 Her main fields of research are social program evaluation, labor economics, and microeconometrics. She has published papers on the determinants of cognitive achievement, testing for discrimination in motor vehicle searches, sources of racial wage disparities, and methods for evaluating and optimally designing conditional cash transfer programs.  She is currently working on implementing a large-scale randomized school incentive program in Mexican high schools, analyzing the effects of school vouchers in Chile, and assessing the effects of government regulation on the operation of the privatized pension market in Chile. 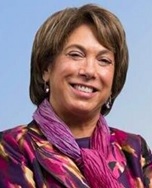 Laura D. Tyson is a Distinguished Professor at the Haas School of Business at the University of California, Berkeley and the Faculty Director of the Berkeley Haas Institute for Business and Social Impact, which she launched in 2013. She served as dean of the London Business School from 2002 to 2006, and as dean of the Haas School from 1998 to 2001. She was a member of President Obama’s Council of Jobs and Competitiveness, and was on the president’s Economic Recovery Advisory Board.

Dr. Tyson served as the National Economic Adviser during the Clinton administration. Prior to her appointment, she served as the sixteenth chairman of the White House Council of Economic Advisers. As the administration’s top economic adviser she managed all economic policy-making throughout the executive branch. She also served as a member of the president’s National Security Council and Domestic Policy Council. Dr. Tyson has written books and articles on industrial competitiveness and trade, as well as opinion columns for many publications including The New York Times, The Wall Street Journal, The Washington Post and the Financial Times. She graduated summa cum laude from Smith College and holds a Ph.D. in economics from MIT.