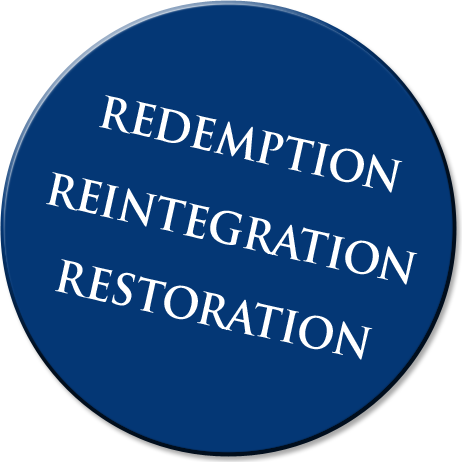 Religious leaders who believe that the principles of inclusion and forgiveness are critical for strong communities have begun to join the movement to restore voting rights to people with felony convictions.

In 2005, the Brennan Center filed a friend-of-the-court brief on behalf of religious leaders in Alabama in Gooden v Worley, a case challenging Alabama’s Secretary of State’s disenfranchising policies. United in their belief that felony disenfranchisement offends basic Christian principles, these leaders urged the Alabama Supreme Court to consider the case and affirm a favorable trial court decision.

In 2008, the Brennan Center convened a group of religious leaders to discuss the movement to restore voting rights to people with criminal convictions. Learn more about the event here.

Since the event, the Brennan Center has formed a Communities of Faith Advisory Council.  Members of the advisory council have also written about this issue. Learn more here.

Back to Restoring Voting Rights

On October 23, 2008 the Brennan Center held a one day event for religious leaders to come together to share thoughts, ideas, and inspiration about the movement to restore voting rights.  Drawing particularly from the widely held religious principles of forgiveness, mercy, restoration, and reconciliation, the Convening sparked compelling discussions on how the religious community can be involved in the campaign to restore voting rights to people after criminal conviction. Click here to download the agenda.

Advocacy by the Religious Community 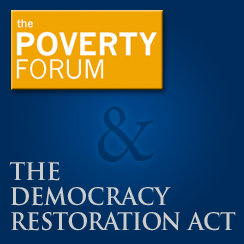 Gabriel Schlabach from the Mennonite Central Committee published a piece in the Mennonite Weekly Review about the importance of forgiveness and second chances.

In February 2009, The Washington Post reported that the Poverty Forum, a new coalition of Christian leaders and policy experts from across the ideological spectrum, made a series of important recommendations aimed at addressing poverty and calling attention to the individuals and families most marginalized in our society. Notably, the group recommended that Congress pass the Democracy Restoration Act.