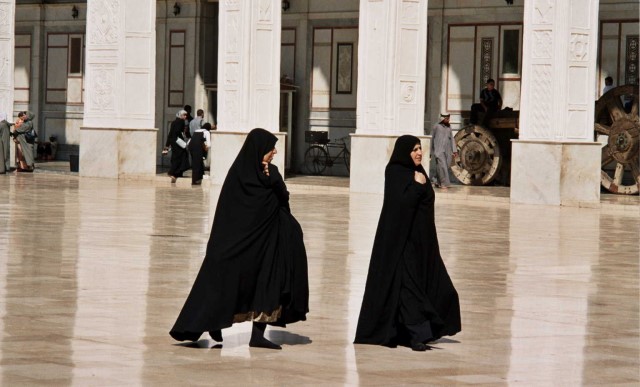 By Amos Toh and David Barkey

This week, Florida Gov. Rick Scott signed into law a measure widely touted as a “foreign law ban.” But proponents of such bans should not be too quick to claim victory.

The version of the ban that Scott signed merely mirrors decades-old legal principles that Florida courts have used to resolve international disputes — namely, that they will not apply foreign law if it “contravenes the strong public policy of this state or if the law is unjust or unreasonable.”

This is a far cry from foreign law bans in states such as Kansas and Arizona, which demand their courts to reject foreign laws or judgments if they come from a country that does not protect rights in the identical way we do.

Lawmakers in Florida recognized what civil rights groups have urged all along — that our courts and judges are competent to apply foreign law within the limits of American public policy and constitutional values. Given our ever increasing transnational world where Americans routinely establish business family relationships abroad, this rule of public policy allows our courts to accommodate a diverse range of international disputes and issues.

Nevertheless, while Florida’s measure bucks the trend of overexpansive bans in other states, the motivation to pass such a law is rooted in the same xenophobic sentiment. Legislation forbidding the use of foreign law in state courts is the brainchild of anti-Muslim activists bent on demonizing the Islamic faith.

In 2010, Oklahoma passed a state constitutional amendment dubbed the “Save Our State” amendment, which explicitly banned its courts from considering Shariah, or Islamic law. When federal courts struck down the amendment as unconstitutionally discriminatory toward Muslims, its supporters shifted their focus to seemingly neutral legislation outlawing the use of all foreign law.

Proponents of such bans have failed to cite a single instance where a U.S. court has applied Islamic or foreign law to violate the rights of Americans. But their campaign to stir up fear about foreigners and Muslims has led seven states to pass foreign law bans, and other states to introduce dozens more.

Such bans create a series of legal and practical problems for Americans from all walks of life.

For example, a Jewish couple that divorces in Israel may find their divorce and related agreements — including custody, alimony and maintenance — invalid in states with foreign law bans. Such wide-ranging bans also require a court to pass judgment on the propriety of another country’s legal system even if it bears no relevance to the dispute before the court. This is a waste of judicial resources at a time when state court judges are already overburdened with ballooning case dockets.

While Florida’s new law sidesteps most of these problems, it remains completely unnecessary. There is little to be gained by transforming a flexible, judge-made rule of public policy into an ironclad legislative directive. In fact, this restriction on judicial discretion may result in unintended, detrimental consequences.

More disturbingly, the Florida measure is tainted by a long history of anti-Muslim bigotry. Despite best efforts to strip the measure of its discriminatory origins, its symbolic value to the anti-Muslim movement endures. State Sen. Alan Hays, who sponsored anti-foreign law measures in Florida for five years running, reportedly distributed pamphlets disparaging Shariah to drum up support among fellow lawmakers. Foreign law bans are a platform for this kind of anti-Muslim rhetoric.

Fortunately, most states have resisted the fruitless war against an imaginary foreign law threat. Judges are more than equipped to navigate the intricacies of international legal disputes, and policymakers should refrain from interfering with how they do their job.

Our political leaders should reject foreign law bans as another dangerous attempt to divide our nation along religious and ethnic lines, and focus their attention on legislation that helps all Americans regardless of their faith or culture.