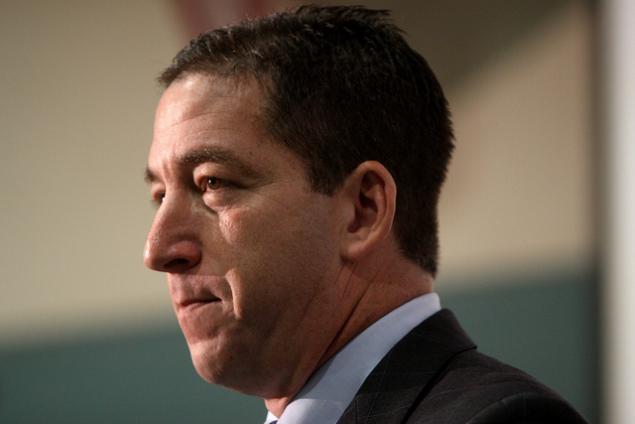 Does it matter if a publisher has a political agenda? The two biggest national security leaks of the decade have been to individuals whose journalism is imbued with their political beliefs. Edward Snowden provided documents detailing surveillance operations by the United States and its allies to Glenn Greenwald, a columnist at The Guardian and a fervent critic of the “war on terror.”  Former Army Pfc. Bradley Manning released his cache of 700,000 documents to WikiLeaks-founder and Internet activist Julian Assange.

These releases have made some mainstream journalists uncomfortable. Greenwald and Assange’s motives have been questioned – most recently by a Time magazine correspondent who suggested in a personal tweet (that was quickly withdrawn) that he would gladly defend a drone strike against Assange.

The governments who conduct such surveillance are even more uneasy. The U.K. detained Greenwald’s partner for nine hours at Heathrow Airport. It demanded that the Guardian destroy hard drives containing Snowden’s documents in a futile attempt to quash the story. Even in the U.S., which has a strong tradition of press freedom, politicians have called for the prosecution of both Greenwald and Assange. And although the Justice Department recently revamped its News Media Policies in response to complaints about its seizure of phone records of reporters, its guidelines continue to include what has been dubbed the “WikiLeaks exception”: Persons and entities that “simply make information available” are excluded from protection.

Is this distrust of bloggers, Internet activists and other types of “new media” journalists justified? There are clearly differences between journalists who provide accurate information versus those who don’t, regardless of whether the writer has a pronounced point of view. But any attempt to distinguish between press outlets based on how responsible they are perceived to be is well down the slippery slope leading to official censorship.

The Supreme Court has understood this risk, making it clear that while “[a] responsible press is an undoubtedly desirable goal, press responsibility is not mandated by the Constitution and, like many other virtues, it cannot be legislated.” Similarly, a news outlet’s agenda doesn’t affect its right to publish. Except in cases of defamation, libel and obscenity, the right to publish is protected regardless of “motivation, orthodoxy, truthfulness, timeliness or taste.” The First Amendment does not protect Assange any less because some believe him to be a celebrity-seeking megalomaniac. Nor does it discriminate against Glenn Greenwald because he is anti-establishment and activist.

What if a journalist encourages a source to reveal classified information – is that a step too far? The Obama administration seems to think so. This theory is reportedly the basis of a grand jury investigation of Assange, and was used to obtain a secret warrant for the emails of a Fox News correspondent. As many reporters have pointed out, probing insider sources for information is at the heart of what they do. It is impossible for the government to regulate this activity without edging toward interference with the press. Even planting doubts about a journalist’s right to converse freely with sources can hamper news gathering.

The concerns raised about Greenwald and Assange may be influenced by the fact that both work for foreign outlets; The Guardian is a British newspaper, although it has developed a large online presence in the U.S.; and WikiLeaks operates out of several countries. Some commentators have noted that foreign journalists, unlike the American press, “give no weight to U.S. national security concerns” and are “in no way accountable to American voters.” (For the record, neither is the American press).

But such distinctions are beside the point. The First Amendment protects The New York Times not because it is an American company, but because it provides a service to the nation: keeping people informed about the activities of their government so they can participate meaningfully in democratic decision-making. Foreign news sources provide the same service and even enrich national debate by providing an outside perspective. Nowadays, they are as accessible to Americans as their hometown paper. The beneficiary of this additional information – and the right to publish it – is not the outlet; it’s the public. This remains true whether the publisher is in New York or Nairobi.

As we adjust to a changed media landscape that is truly international and diverse, Americans must recall why a free press has such a prominent place in our constitutional order. Press freedoms inure to the benefit of the people. They serve as a counterweight to the government’s immense power to keep secrets, for reasons that are sometimes legitimate and sometimes nefarious. This balance between the press and the government is fundamental to American democracy. While what constitutes the press may evolve over time, this balance must remain steady.