On Wednesday, Senate Minority Leader Charles Schumer (D-NY) came under fire for targeting Justices Brett Kavanaugh and Neil Gorsuch when speaking at a pro-choice rally in front of the Supreme Court. He later walked back his statement, but the episode, along with recent attacks on judges by President Trump, raise the thorny question of when and how public figures should criticize judges and their decisions.

In Schumer’s case, he used language that seemed to promise retaliation for ruling against abortion rights in an upcoming case: “I want to tell you Gorsuch, I want to tell you Kavanaugh — you have released the whirlwind and you will pay the price. You won’t know what hit you if you go forward with these awful decisions.”

On Thursday, he said that he misspoke, saying, “I shouldn’t have used the words I did, but in no way was I making a threat. I never — never — would do such a thing.”

For Trump’s part, last week on Twitter he accused Justices Sonia Sotomayor and Ruth Bader Ginsburg of bias and said that they shouldn’t be able to hear any cases in which he is involved. This was on the heels of his targeting the judge presiding over the prosecution of Trump friend and adviser Roger Stone, who was sentenced to over three years for lying to Congress, witness tampering, and other crimes. It’s unfortunately part of a regular pattern of attacks on judges by the president (we keep track of them here).

Schumer was right to disavow his words and Trump should do the same. At the same time, judges are not above critique or public pressure. Indeed, here at the Brennan Center, we regularly disagree with judicial rulings and call out reasoning that doesn’t stand up to scrutiny.

But there are competing values at play when criticizing judges. Certain kinds of attacks can undermine the public legitimacy of the courts or threaten judicial independence — both lynchpins in our system of government.

That’s why elected leaders shouldn’t make unsupported claims of bias or attack a judge’s personal integrity simply because they disagree with a ruling. And while judicial rulings should always be fair game for criticism, it’s important that our leaders also affirm that they will abide by a court’s decision.

It can be harder to draw the line about what kind of pressure is appropriate in trying to influence a judge’s decision in an ongoing case. It’s reasonable to expect judges to have thick skin, including accepting public protests and commentary when they’re deciding cases of public importance. But more extreme forms of bullying, like threatening impeachment or personal retaliation for a judicial ruling, go too far. Public officials should also show extra care when speaking about criminal cases, where outside pressure can threaten due process rights.

The speaker matters as well. Inflammatory statements by elected officials can do more to damage the system’s legitimacy because they are part of the system themselves. Such statements can also incite some to act outside the system, putting judges’ security at risk.

Another important question is how members of the judiciary should respond to attacks. Following Schumer’s remarks, Chief Justice John Roberts issued a rare public rebuke, saying that “Justices know that criticisms comes with the territory, but threatening statements of this sort from the highest levels of government are not only inappropriate, they are dangerous.”

As the leader of the federal courts, it’s appropriate for the chief justice to play a visible role in defending its integrity. But Roberts’ statement also raised questions about why he chose to respond to Schumer and not Trump. This kind of selective response risks exacerbating public perceptions of partisan bias on the Supreme Court.

Over the next four months, the Court is set to rule on a host of high-profile cases — and to attract criticism and even vitriol for its decisions. That’s democracy. But not all criticism looks alike, and public officials should be careful about where to draw the line. 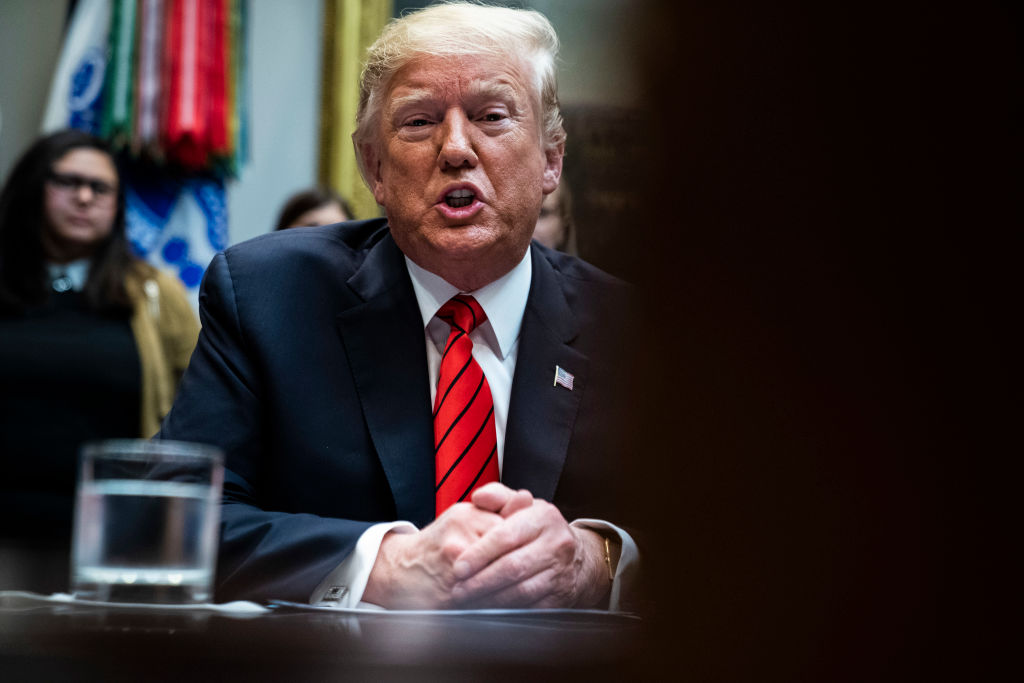 In His Own Words: The President’s Attacks on the Courts

Donald Trump has displayed a troubling pattern of attacking judges and the courts for rulings he disagrees with.