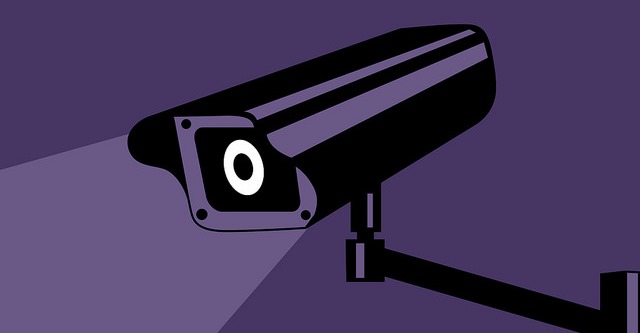 Recent headlines have featured multiple stories about intrusive US surveillance, from a lawsuit about the NSA’s bulk phone metadata collection to new documents on the use of Executive Order 12333 to collect Americans’ online communications. Such stories tend to set off a familiar debate over privacy and security. While it is easy to opine about how people should react to government surveillance, good policy decisions must take into account how Americans do react to surveillance.

A range of studies looking at post-9/11 surveillance of Americans present one consistent conclusion: knowledge of surveillance changes behavior. In fact, there’s evidence that Americans have altered their communications, publications, Internet searches, and who they talk to because of surveillance. Certain groups have made substantial changes to how they work and live, including journalists, lawyers, writers, and American Muslims.

After a scandal like the 2013 Snowden revelations, you might expect a rush by Americans to find out what else their government is up to. And yet, an analysis of Google Trends data shows a significant five percent drop in U.S.-based searches for government-sensitive terms (e.g. “dirty bomb” or “CIA”) after the news broke. A control list of popular search terms did not show the same change, nor did personally-sensitive terms (e.g. “abortion” or “herpes”).

A more recent Pew Research Center survey shows that 30 percent of American adults have taken at least one step to hide their information from the government. That includes measures like changing privacy settings, avoiding social media or use of certain words online, or communicating offline instead. People who say they have heard a lot about NSA surveillance are more likely to try to avoid it. And a failure to take such steps does not necessarily suggest a lack of concern. Fifty four percent of those surveyed believe such efforts would be futile, opining that it would be “somewhat” or “very” difficult to find tools or strategies to protect their privacy.

Some groups have taken more drastic steps to avoid surveillance. A 2014 Human Rights Watch and ACLU study, With Liberty to Monitor All, shows that many journalists and lawyers have radically changed how they work in response to the 2013 revelations. Journalists worry about protecting their sources.  They avoid email, and they use encryption programs and complex surveillance-dodging systems. This extra time means fewer stories, and the cloak-and-dagger routine scares away people who might be willing to talk.

Attorneys have a legal and ethical obligation to protect the privacy of client communications. Since the Snowden disclosures, some avoid email, encrypt communications, or rely on face-to-face interactions, which can get expensive when dealing with international clients. Attorneys have also warned clients that they cannot guarantee confidentiality, which makes it hard to build professional trust.

In 2013, PEN America surveyed 528 American writers about surveillance and how it has affected their behavior. Eighty five percent worry about government surveillance. This leads to self-censorship: 28 percent curtailed social media activities, 24 percent avoided certain topics by phone or email, and 16 percent chose not to write or speak on a certain topic. Plus, 16 percent avoided Internet searches or website visits on controversial or suspicious topics and 13 percent have taken extra steps to cover up Internet activity.

American Muslims are under even greater surveillance than the general public and feel it keenly. CUNY-CLEAR issued a report on Muslim reactions to the 2011 revelation that the NYPD had been using informants and other methods to watch mosques, Muslim student groups, and other centers of Muslim community. Interviewees reported avoiding activities such as prayer or social activities at mosques, political discussions (and spaces where they happen), activism, and participation in Muslim student organizations. They were suspicious of anyone new in a Muslim space or vocal about politics. Many were even reluctant to call the police when they were victims of a crime. Law-abiding Americans thus gave up entire portions of their lives to avoid the attention of the police and FBI.

In short, the evidence is mounting: Americans are staying away from the political process, censoring what they say, write, and research, limiting who they talk to, and avoiding cultural or religious communities because of surveillance.

The chilling effect of broad surveillance programs limits the exercise of the constitutional rights to freedom of speech, assembly, and religion, as well as equal protection under the law. It also causes professional harms—lawyers and journalists cannot do their jobs as well, and customers may avoid search engines and email servers run by U.S.-based companies.

Moreover, if you believe policies should be informed by rigorous democratic debate, the surveillance status quo is doing measurable damage. The groups with the most at stake are withdrawing their voices from public discussion. When speaking out means sacrificing privacy, we lose points of view, and the quality of our democracy suffers. That should give all of us something to truly fear.