Districts drawn by lawmakers in trifecta states — states under unified one-party control — are nearly four times less likely to be toss-ups than districts drawn by courts, commissions, and legislatures under split control, a new Brennan Center analysis finds. It provides the latest evidence that if Democrats succeed in flipping 23 seats in the midterms to capture the House, it will be thanks in part to fairer maps drawn by courts and commissions.

The 435 House seats each fall into one of seven categories, depending on the process used to draw them. We found:

Two hundred twenty-three U.S. House seats were drawn by a state legislature and governor of a single party. (Seven seats are at-large, so they’re not included here.) Only 2.2 percent of those seats were rated by Sabato’s Crystal Ball as toss-ups, as of October 18.

By contrast, over 8 percent of seats drawn by legislatures under split-control, courts, and all types of commissions were rated by Sabato’s Crystal Ball as toss-ups.

Put differently, courts, commissions, and split-control legislatures drew 17 out of 22 ultra-close seats. If legislatures in trifecta states had drawn competitive seats at the same rate, at least 13 more congressional seats would be in play. 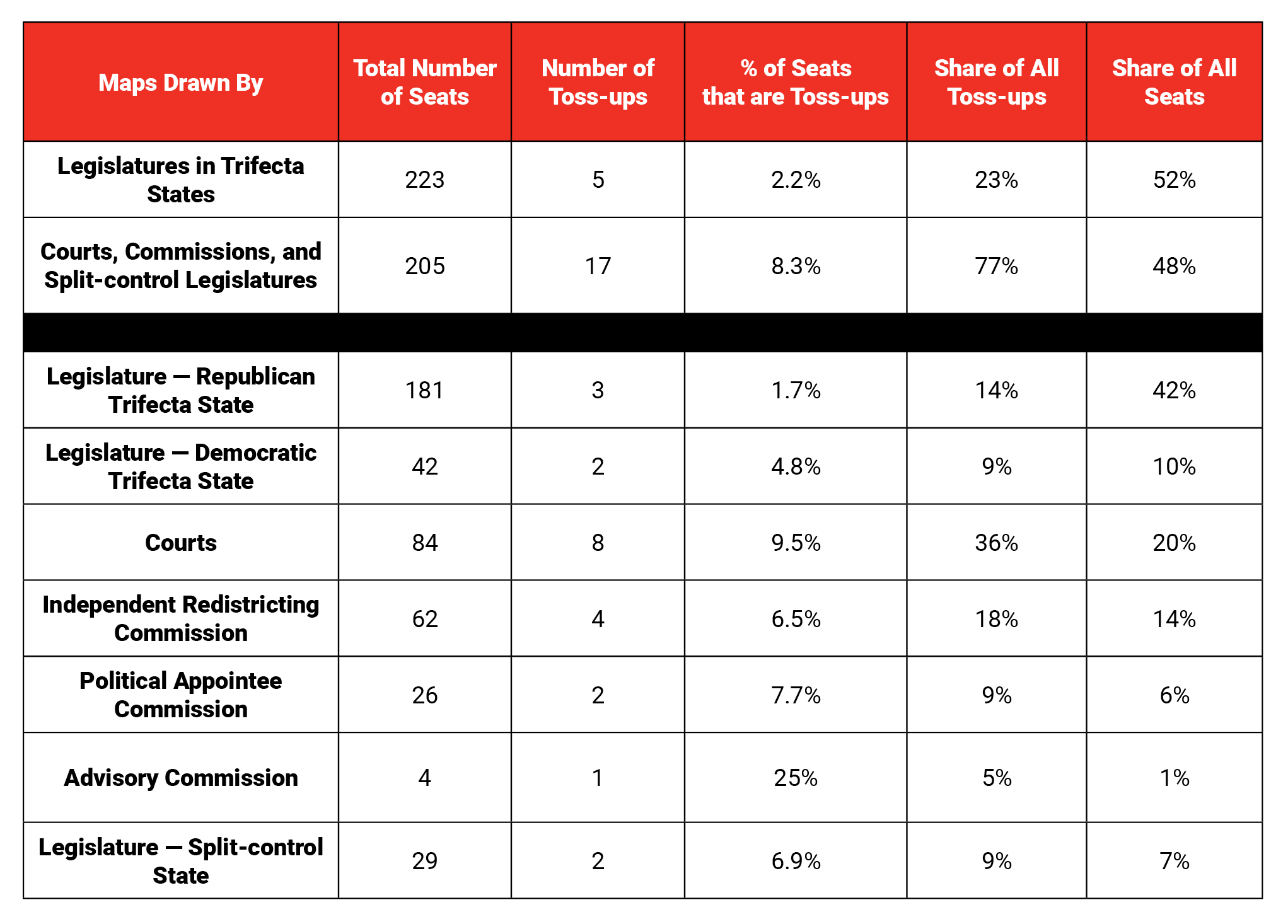 Because one district was incorrectly categorized, these numbers have been revised slightly since publication.