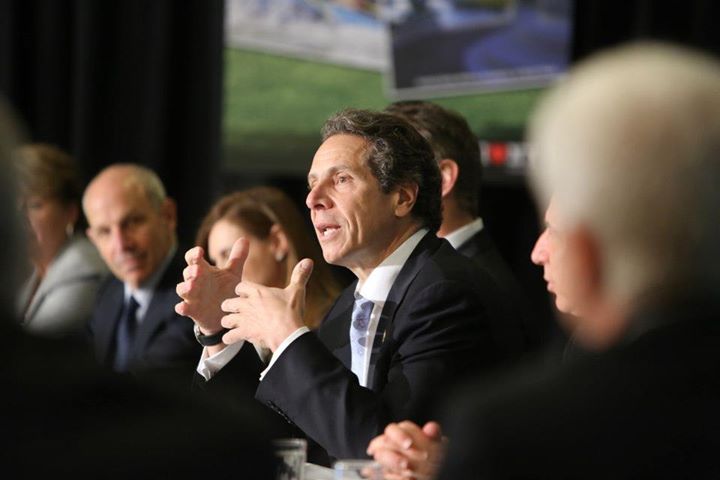 Gov. Andrew M. Cuomo’s proposed changes to campaign laws offer the best chance at fixing a broken system in about a century—harkening to a time when the state led the country in reform.

Seeking to move past the embarrassing scandals involving lawmakers in Albany, Cuomo is calling for public financing of elections and tougher disclosure requirements for spending by outside groups, among other changes. A similar public-financing plan fell one vote short in the State Senate last year—just weeks after legislators in both the Senate and Assembly were arrested for corruption.

When that measure failed, Cuomo appointed the Moreland Commission, which has called for campaign reform. Cuomo has responded, and by proposing public financing of campaigns, he is pressing the legislature to address the issue.

Cuomo’s move reminds us of concerns raised by former governor and president Theodore Roosevelt, an early visionary on campaign reform. Roosevelt was startled to learn of the insidious role campaign contributions played in Albany, as presidential historian Doris Kearns Goodwin writes in her recent book, “The Bully Pulpit.” Corporations then were pressured for money “in the guise of campaign contributions,” and he denounced the campaign finance system as “the invisible empire.”

Roosevelt’s Albany epiphany began a personal evolution that led him to propose reform. As president, he won passage of the first federal law banning corporate campaign gifts. “The need for collecting large campaign funds would vanish if Congress provided an appropriation for the proper and legitimate expenses of each of the great national parties . . . ,” he said in a speech to Congress in 1907.

This was the first call for public financing of elections to purge corruption in government. Federal laws were enacted after Watergate, and the system worked well for three decades. But it became obsolete, to the point where neither President Barack Obama nor Mitt Romney participated in the 2012 election.

Similarly, in New York City, also after scandal, a reform system was enacted that matches small contributions with multiples of public funds. The small donor-matching system has led to less corruption, wider participation in political fundraising, and has helped spur participation and competition.

Albany faces the same problem today Roosevelt railed against: Campaigns are dominated by wealthy donors. In 2012, candidates for the State Legislature raised 74 percent of their campaign funds from special interest groups and donors who gave $1,000 or more. Just 8 percent came from citizens who gave less than $250.

A public-financing system that matches small-donor contributions would be the most effective way to restore power to average voters. Matching each small donation with up to six times that amount in public funds, the system would encourage candidates to raise money from a broad base of ordinary New Yorkers rather than from a few elite donors. A small donor-matching system would mean officials can govern in the public interest, instead of feeling pressured to answer to their campaigns’ richest supporters.

Public financing alone is not enough, though. Reform must include effective enforcement, more transparency, and lower contribution limits. Together, the reforms could change Albany’s culture of corruption and restore the public’s trust in government.

In Roosevelt’s time, special interests fought hard to maintain the status quo, and the same is happening today. But Cuomo’s reforms could help permanently change how we finance campaigns. It’s an opportunity Cuomo and state lawmakers can’t afford to miss.