Next week, 29 states will hold elections for positions on their highest courts. These courts exercise tremendous power over American life and issue crucial decisions on matters ranging from public education funding to reproductive rights. But state high courts badly fail to reflect the diversity of the communities they serve — and it’s unlikely this will change this year.

Diversity is crucial for an effective judiciary. It fosters better jurisprudence by bringing a broader set of perspectives into the judicial decision-making process. A diverse bench also promotes public confidence in the objectivity and fairness of the judicial system. 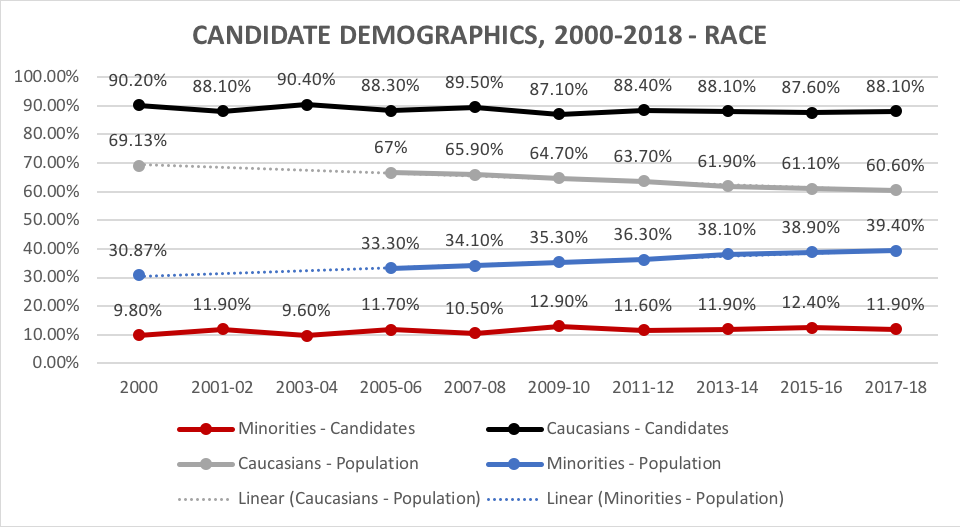 Estimates from the United States Census Bureau, American FactFinder – Annual Estimates of the Resident Population by Sex, Age, Race Alone or in Combination, and Hispanic Origin for the United States and States; ACS Demographic and Housing Estimates, 2014 American Community Survey 1-Year Estimates. Estimates for the years 2001–2004 were not available: the dotted lines merely connect the 2000 and the 2005–6 data points, but do not contain data for 2001–2004.

The percentage of female state supreme court candidates has grown modestly but notably in the past 18 years. This cycle, 36.5 percent of candidates are female — the highest percentage of any cycle since our data began in 2000. But that still falls far short of the share of women in the overall population. 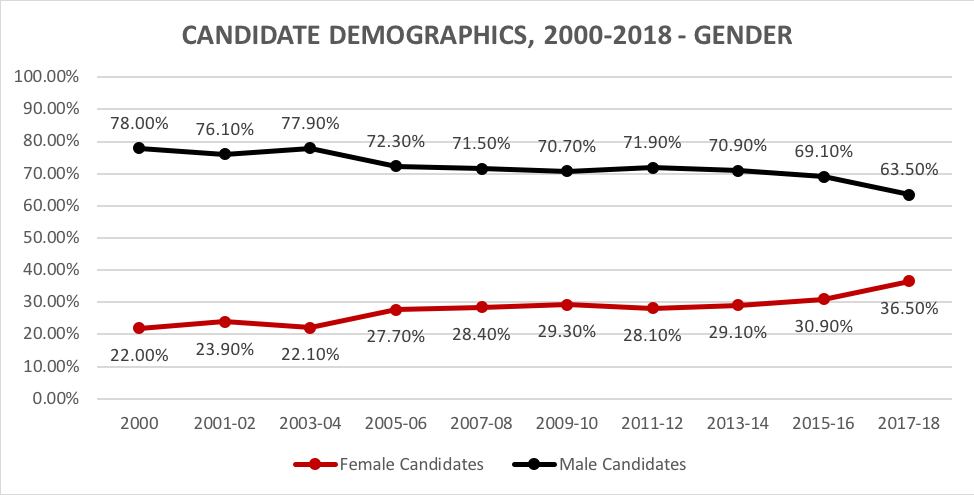 When people of color run for state supreme courts, they win less often than white candidates do

When non-incumbent minority candidates run for state supreme court — either as challengers to incumbents or as candidates for open seats — they have lower success rates than white candidates. 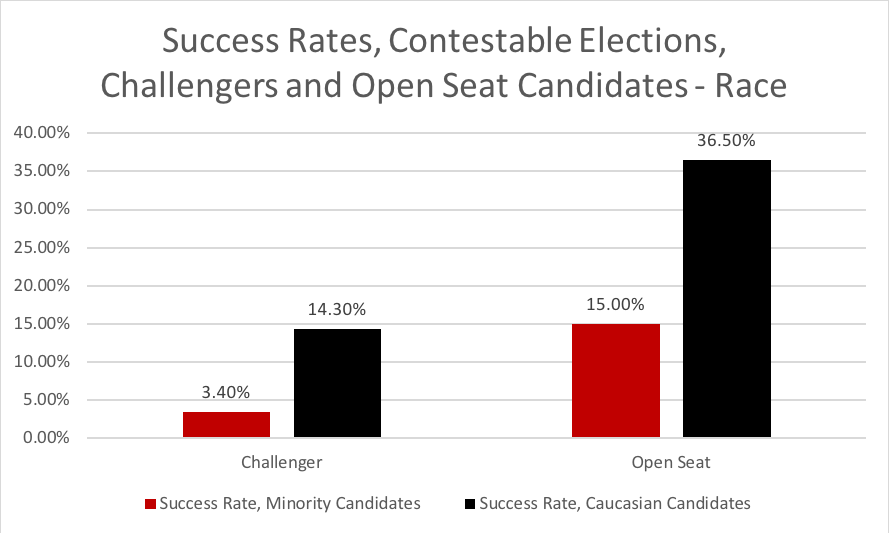 This disparity is even starker for women of color. Since our data began in 2000, a woman of color has never won a state supreme court election as a non-incumbent. During that period, only 20 out of 589 (or 3.4 percent) of total identifiable challengers or open seat candidates were women of color. Strikingly, all 20 lost their respective judicial races.

When minority candidates reach the bench, through elections or interim appointments, they also lose more frequently than white incumbents. 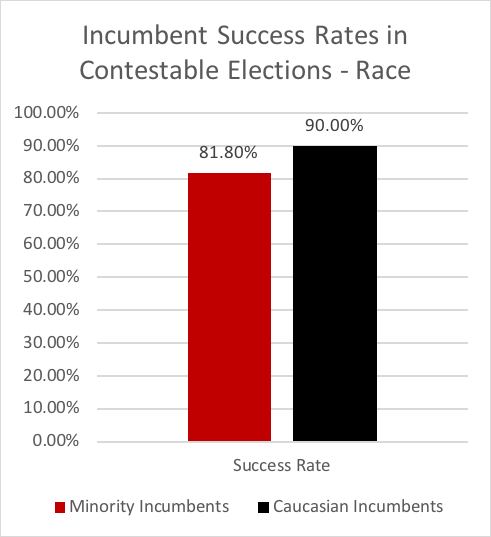 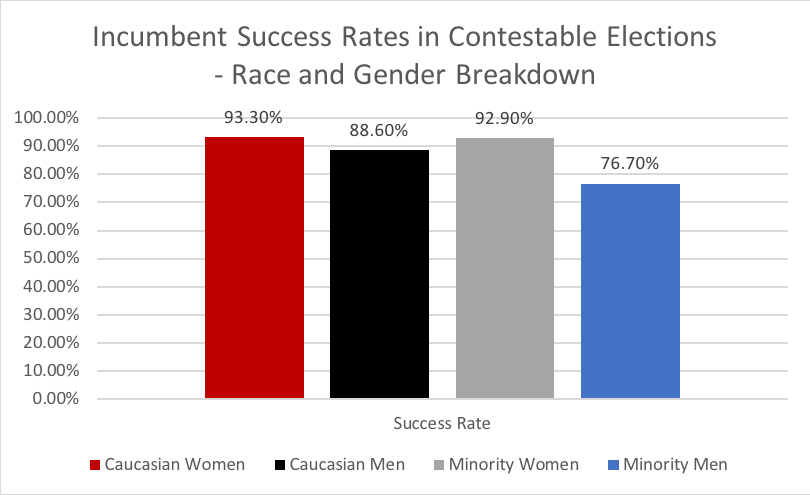 What should states do to address the lack of diversity on state supreme courts?

The striking lack of diversity in state supreme courts underscores the importance of dismantling hurdles to achieving and maintaining diverse state benches — and of building better pipelines to the bench. One key step for states with judicial elections is to adopt public financing, which evidence suggests can reduce barriers to entry to the political process for candidates of color. For states that use appointments, which the Brennan Center recommends for state supreme courts in lieu of elections, the Brennan Center has developed recommendations about how these systems can promote a diverse bench.

For resources on how to promote judicial diversity, see the Brennan Center resource page.