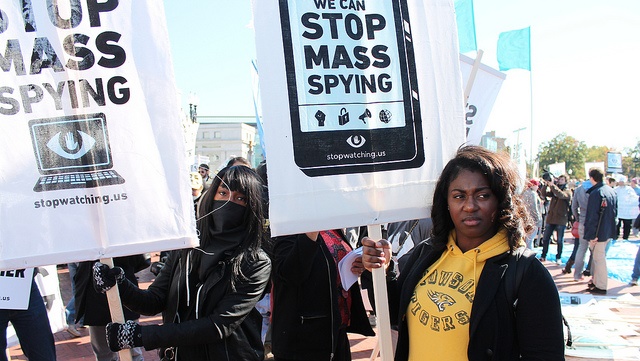 The House of Representatives seemed poised last month to rein in the government’s ability to spy on its citizens by prohibiting the bulk collection of Americans’ telephone records. On the eve of the vote, however, the Obama administration and House leadership intervened. In secret negotiations, they took a carving knife to the bill, removing key privacy protections.

It is now up to the Senate to breathe life back into this National Security Agency reform effort. The Senate Judiciary Committee is expected to take up the bill, known as the USA Freedom Act, this month. Panel members must hold firm on ending the bulk collection program and restoring limits on the NSA’s ever-expanding surveillance activities.

The laws that Congress passed after 9/11 sought to aid intelligence gathering against foreign terrorist threats. They have now morphed, however, into tools for the mass collection of information about U.S. citizens as well as foreigners.

Under a provision of the Patriot Act that allows the FBI to obtain items “relevant” to an international terrorism investigation, the NSA for years has been collecting records of virtually every landline-based phone call that Americans make or receive.

The Foreign Intelligence Surveillance Court secretly approved this action. Though the court prohibited the NSA from searching the records without reasonable suspicion of a terrorist link, declassified court opinions exposed the NSA’s shoddy record of compliance.

The Senate Judiciary Committee’s first task should be closing the loophole that was slipped into the USA Freedom Act’s bulk collection ban. The bill’s earlier version required any government request for records be tied to a particular person, entity or account. But intelligence officials persuaded the House leadership to insert a strategic ambiguity — allowing the government to choose the “specific selection terms” it can use to identify records.

Though it would likely violate Congress’s intent if the NSA used, for example, entire zip codes as its “specific selection terms,” it would arguably not violate the bill’s current language. That small opening, history shows, is all the leeway that the NSA and Foreign Intelligence Surveillance Court need. Congress, not the agency, should decide how the government must frame its requests.

The Senate committee should then address the privacy of the communications themselves. Under a 2008 statute, the government can collect the calls and emails of foreign overseas targets without a warrant. Though Americans’ communications are often swept up incidentally, the law requires the government to “minimize” their retention and use.

Instead, as former NSA contractor Edward Snowden has revealed, the government runs searches of the collected communications in order to find and review Americans’ calls and emails.

The committee must ensure that the bill contains robust transparency provisions. In its original form, the bill required the government and allowed telephone and Internet companies to disclose detailed statistics about their surveillance transactions. Yet, despite intelligence officials’ recent public statements lauding the value of openness, they succeeded in diluting these provisions.

There is no excuse for hiding statistics divorced from any identifying information. Americans should know exactly how often the government collects their communications and records.

These points should be uncontroversial — especially given the lack of evidence that either bulk collection or back-door searches have significantly furthered counterterrorism efforts.

These basic reforms will reinforce principles too long honored in the breach: intelligence agencies should collect information about Americans only where there is reason to suspect wrongdoing, and only under publicly disclosed authorities.

Embracing these principles will serve Congress and the American people well — not only in the current legislative debate, but in the wider debate about the future of government surveillance.