The Trump administration bears troubling parallels to Reagan’s in its pandemic response. The federal government has thousands of medical and public health experts working to stop the spread of Covid-19, but the White House has discounted some of their work for political reasons. In so doing, it is courting catastrophe, as the early response to the HIV/AIDS epidemic shows. By placing restrictions on what information public health officials could share with the public and disregarding experts’ early and insistent warnings about the potential severity of the crisis, Reagan’s White House put forward policies that contributed to the virus’s rapid spread and steep death toll.

Covid-19 is a very different disease than AIDS. It is much easier to transmit and has a shorter incubation time. It also does not have the nearly 100 percent fatality rate that HIV/AIDS did when it was first discovered. But the importance of a science-based response from the federal government is no less important.

Since the first case of Covid-19 was reported in the United States on January 20, the federal government’s response to the disease has too often appeared to be grounded in politics rather than science. Although President Trump now calls himself a “wartime president” as the country battles Covid-19, he initially refused to acknowledge the threat posed by the disease, dismissing it as a “hoax” fabricated by Democrats to undermine his administration. He also downplayed the rate of infection and severity of symptoms in an effort to bolster the economy and his reelection chances.

Trump’s early refusal to acknowledge the threat posed by Covid-19 calls to mind President Reagan’s unwillingness to publicly recognize AIDS until September 1985, more than four years after government scientists discovered the disease. (Reagan’s silence reflected the influence of the Moral Majority, a coalition of homophobic social conservatives that played a critical role in his election.)

Then as now, the president’s refusal to promptly acknowledge a health crisis was made all the more dangerous by restrictions placed on government experts’ ability to communicate with the public. Health officials cannot make statements about Covid-19 without the approval of Vice President Mike Pence, who has a track record of putting ideology above science amid epidemics. Government scientists have reportedly been ordered to treat meetings about the disease as classified. (The administration has dismissed these reports as “fake news.”)

Similarly, as Randy Shilts recounts in his history of the AIDS crisis, And the Band Played On, the Reagan administration censored the statements of scientists from the Centers for Disease Control and Prevention (CDC) about the state of funding for AIDS research. They also blocked federal agencies from providing information about AIDS research and funding to congressional staffers. Surgeon General C. Everett Koop was excluded from the Executive Task Force on AIDS, and the office of Edward Brandt, the assistant secretary of health and human services, instructed journalists not to ask Koop about the disease.

Prior to the publication of Koop’s report, there was widespread confusion and distrust of public health guidance surrounding HIV and AIDS. The lack of trustworthy information led some people to not believe the gravity of the risk AIDS posed, while others reacted with discriminatory hysteria.

It was not until 1986 that Reagan authorized Koop to write a public report explaining how HIV is transmitted, the risk factors for contracting the virus, and ways people could protect themselves. The report was transformational in the fight against HIV and AIDS, leading to an increase in sex education programs across the country.

The Trump administration recently forecast 100,000 to 200,000 likely Covid-19-related deaths in the United States. In the face of such a grim prediction, every American should insist that government scientists be able to communicate the best available medical information to the public and that political officials take government scientists’ advice into account when crafting their pandemic response.

In preparation for future epidemics and crises, we also need to shore up legal safeguards to prevent science from being sacrificed for political gain. The Brennan Center’s bipartisan National Task Force on Rule of Law & Democracy has crafted a series of legislative proposals that would accomplish this. Among them is a recommendation that Congress prohibit political officials from tampering with and suppressing research. These reforms would help ensure that the federal government is up to the task of combating deadly disease outbreaks and addressing other public health issues. 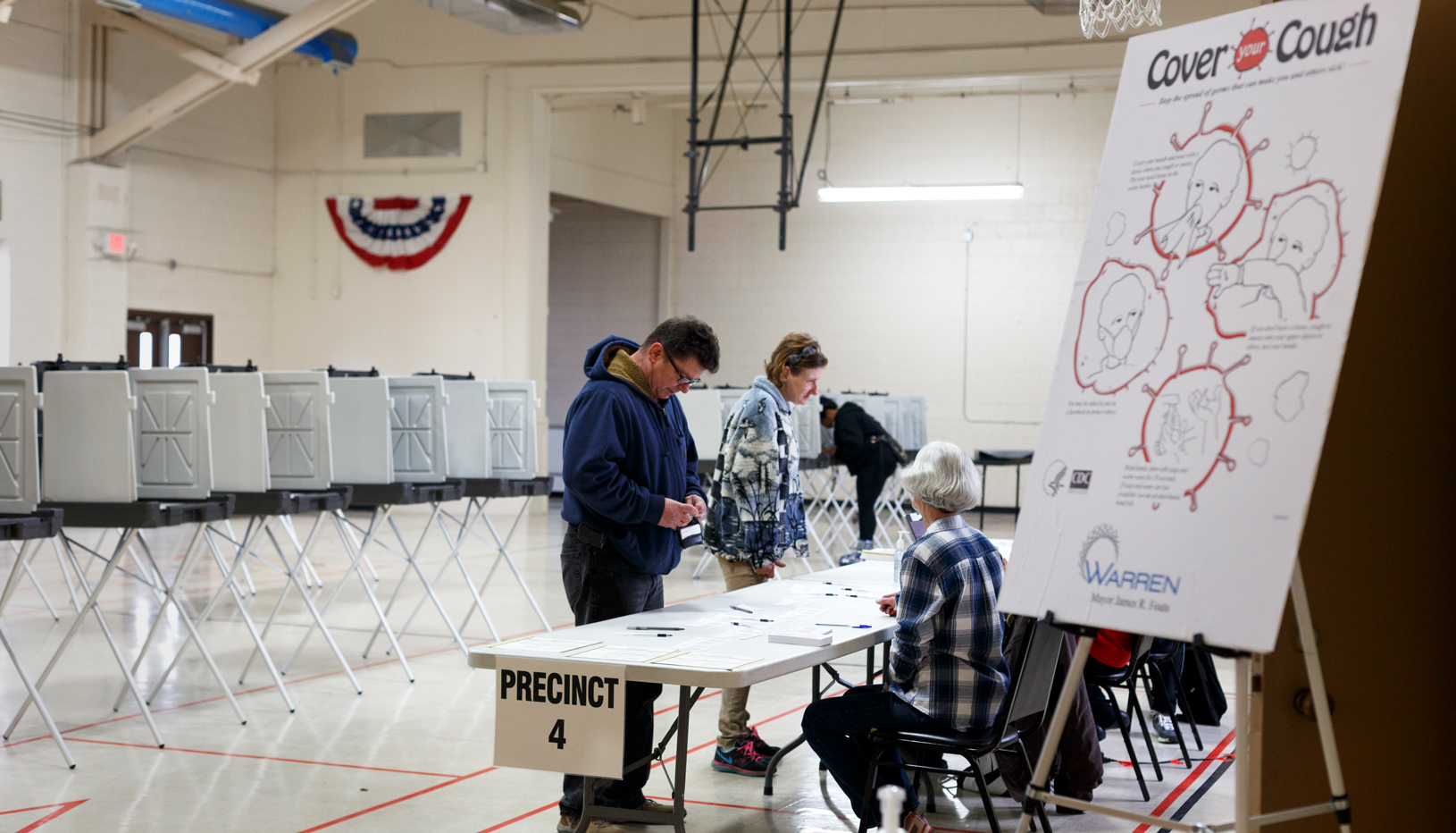 How to Protect the 2020 Vote from the Coronavirus

The Brennan Center’s plan to ensure that the 2020 election is free, fair, accessible, and secure