There are 4 million people on probation, which is about the same number of people who live in Connecticut or Oklahoma. Here’s a look at the numbers.

While it is common knowledge that America incarcerates more citizens than any other industrialized nation, most people don’t know it is also the world leader in probation. More than half of those involved with the corrections system in the United States are serving probation, not confined to institutions. Generally speaking, probation is used for someone found guilty of a crime. Instead of imprisonment, the person is placed under some form of supervision but allowed to continue living in the community. Terms of probation may include regular reporting to a probation officer, drug testing and treatment, travel restrictions, or prohibition from contacting certain people.

In 2014, the last year for which data is available, there were 3.9 million people on probation and 2.2 million in prison or jail. 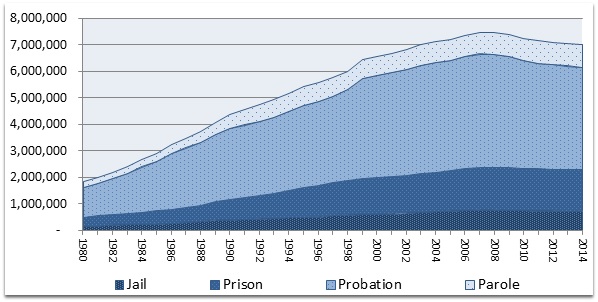 How Prevalent Is Probation?

The number of people on probation in the U.S. has exploded from 1.1 million in 1980 to more than 3.9 million in 2014. The probation population peaked in 2007 at 4.3 million, and it has been drifting slowly downward ever since. 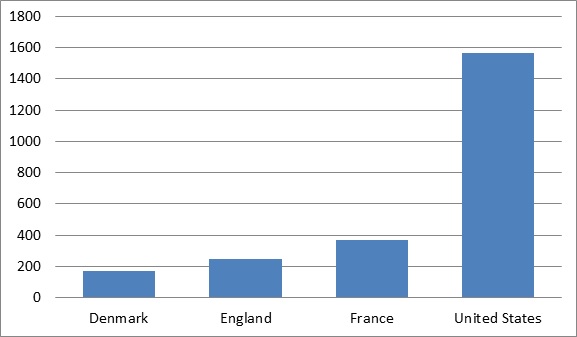 For Every 100 Americans, This Many Are… 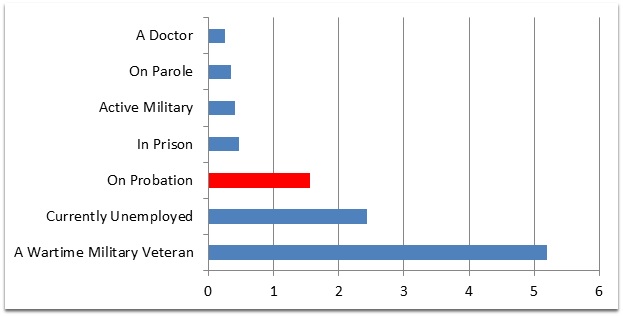 Probation is a key cog in the system’s entire wheel. Millions of people are under supervision at any given time. It’s impossible to understand the true scope of America’s criminal justice system without looking at probation.