Update June 2020: Click here for the latest on how the First Step Act is being implemented.

Last month, the FIRST STEP Act was signed into law — a major win for the movement to end mass incarceration.

For years, Congress had attempted to pass criminal justice reform legislation, such as the Sentencing Reform and Corrections Act (SRCA) introduced in 2015 by Senators Chuck Grassley (R-Iowa) and Dick Durbin (D-Ill.). But the SRCA failed to pass in 2016 despite overwhelming bipartisan support, thanks to opposition from Sen. Tom Cotton (R-Ark.) and then-Senator Jeff Sessions (R-Ala.).

That all changed last December when the Senate finally passed, and President Trump signed, the FIRST STEP Act — a modest bill that, despite some initial setbacks, includes key parts of the SRCA. That makes it the first major reduction to federal drug sentences.

What happened to make this bill possible? And more importantly — what’s next?

The making of a criminal justice reform bill

The Brennan Center has been advocating for federal sentencing reform for years: Attorneys at the Center’s Justice Program were heavily involved in the fight to pass the SRCA and its predecessor, the Smarter Sentencing Act of 2013.

But when Donald Trump was elected president in 2016, many worried that sentencing reform would prove impossible for the next four years. Trump’s position on criminal justice reform was unclear at best and regressive at worse. His early moves appeared to confirm these suspicions: While still President-Elect, Trump nominated Jeff Sessions, a vocal critic of any reduction to the U.S. prison population, to be the nation’s chief law enforcement officer. Nonetheless, Grassley and Durbin reintroduced the SRCA again in October 2017 and navigated it through committee in early 2018. The bill looked poised to stall once again due to vocal opposition from Sessions.

But the momentum started to pick up in early 2018, when the White House brokered the Prison Reform and Redemption Act, a bipartisan bill aimed at improving conditions in federal prisons. This bill, which was renamed the FIRST STEP Act after some modest improvements were added, still lacked any meaningful sentencing reform component, meaning it would have done little to reduce the prison population. For the White House, that was part of the appeal: Republican leaders believed that SRCA’s sentencing reform provisions made it a nonstarter among conservatives. But because of that, the Brennan Center and a coalition of more than 100 civil rights groups opposed the bill, arguing that the votes were there for sentencing reform — if only Republican leaders would put a bill on the floor. Nonetheless, the FIRST STEP Act passed the House of Representatives by a wide margin of 360 to 59.

That’s where the process stood until late last year. A breakthrough occurred in November, when lawmakers and advocates reached a compromise on the FIRST STEP Act, amending it to incorporate four provisions from the SRCA. The measure garnered the support of the president and both Republicans and Democrats in Congress. Critically, the compromise was blessed by Grassley and Durbin, signaling that the new bill adequately met the goals of their own prior bill.

The FIRST STEP Act initially stalled in the Senate amid opposition from a right-wing minority faction led again by Cotton. And, critically, time was running out in the legislative session, making Republican leaders balk at spending precious floor time on the bill. But another series of compromises quieted opposition from Sen. Ted Cruz (R-Texas) and garnered support for the bill from Sen. John Cornyn (R-Texas), the majority whip, clearing the path for an easy floor vote. After that change and continued pressure from Trump, Grassley, the Koch Brothers, and constituents in Kentucky, Senate Majority Leader Mitch McConnell announced in mid-December that he would bring up the bill for a vote before the end of the year, during the lame-duck Congress.

Longtime opponents of reform like Cotton still had a chance to block the bill: They could run out the clock. But a series of procedural shortcuts allowed McConnell to bring the bill to the floor by essentially slotting the text of the bill into another piece of legislation that was already eligible for Senate consideration. And so another hurdle was cleared.

But one more remained. During the amendment process for the FIRST STEP Act, Cotton and Sen. John Kennedy (R-La.) pushed for a series of “poison pill” amendments that would have unacceptably weakened the bill and split the bipartisan coalition supporting it, just at the moment of passage. But those amendments ultimately failed to materialize in the final bill, which cleared the Senate by an overwhelming 87–12 margin. Not a single Democrat voted against the bill, and Republican opponents of reform were relegated to a small minority. Next, then-House Speaker Paul Ryan (R-Wis.) cleared the way for quick consideration of the bill in the House of Representatives — and sent it to President Trump’s desk just before Christmas. The president signed the bill on December 21.

The FIRST STEP Act is consequential because it includes provisions for meaningful sentencing reform, which would reduce the number and amount of people in prison and is part of the starting point of any serious legislation for criminal justice reform. Sentencing laws played a central role in the rise of mass incarceration in recent decades. The federal prison population, in particular, has risen by more than 700 percent since 1980, and federal prison spending has increased by nearly 600 percent. That growth has disproportionally affected Black, Latino, and Native Americans.

Federal mandatory minimum sentences were a catalyst for the recent surge of unnecessarily harsh prison sentences. More than two-thirds of federal prisoners serving a life sentence or a virtual life sentence have been convicted of non-violent crimes.

But research continues to show that long prison sentences are often ineffective. One Brennan Center study found that overly harsh sentences have done little to reduce crime. In fact, in some cases, longer prison stays can actually increase the likelihood of people returning to criminal activity. These sentences disproportionately impact people of color and low-income communities.

How the FIRST STEP Act tackles our outdated sentencing laws

The FIRST STEP Act shortens mandatory minimum sentences for nonviolent drug offenses. It also eases a federal “three strikes” rule — which currently imposes a life sentence for three or more convictions — and issues a 25-year sentence instead. Most consequentially, it expands the “drug safety-valve,” which would give judges more discretion to deviate from mandatory minimums when sentencing for nonviolent drug offenses.

Beyond sentencing reform, the FIRST STEP Act includes provisions that will improve conditions for current prisoners and address several laws that increased racial disparities in the federal prison system. The bill will require federal prisons to offer programs to reduce recidivism; ban the shackling of pregnant women; and expand the cap on “good time credit” — or small sentence reductions based on good behavior — from around 47 to 54 days per year. That “good time” amendment will benefit as many 85 percent of federal prisoners.

The FIRST STEP Act changes the conversation on mass incarceration

The FIRST STEP Act is a critical win in the fight to reduce mass incarceration. While the bill is hardly a panacea, it’s the largest step the federal government has taken to reduce the number of people in federal custody. (The federal government remains the nation’s leading incarcerator, and more people are under the custody of the federal Bureau of Prisons than any single state system.)

The FIRST STEP Act’s overwhelming passage demonstrates that the bipartisan movement to reduce mass incarceration remains strong. And the bill, which retains major parts of SRCA’s sentencing reform provisions, is now known as “Trump’s criminal justice bill.” This means that conservatives seeking to curry favor with the president can openly follow his example or push for even bolder reforms. Finally, this dynamic creates a unique opening for Democrats vying for the White House in 2020 to offer even better solutions to end mass incarceration.

We’ve taken a first step. Here are some next steps to consider

The FIRST STEP Act marks progress for criminal justice reform, but it has some notable shortcomings. It will leave significant mandatory minimum sentences in place. In addition, two of the bill’s key sentencing provisions are not retroactive, which minimizes their overall impact.

“It’s imperative that this first step not be the only step,” said Inimai Chettiar, director of the Brennan Center’s Justice Program. “Now we must focus our efforts on bigger and bolder widespread reforms that will make our system more fair and more humane. We know better, and we must do better.”

The Brennan Center has outlined many additional steps that both federal and state lawmakers can take toward ending mass incarceration in the United States.

One step is to eliminate incarceration for lower-level crimes, such as minor marijuana trafficking and immigration crimes. The default sentences for those crimes should be alternatives to incarceration, such as treatment, community service, or probation. Second, lawmakers should also pass legislation that would make default prison sentences — which are often excessively long — proportional to the specific crimes committed. If Congress and every state enacted this pair of reforms, the national prison population would be safely reduced by 40 percent. Third, Congress can use the power of the purse to encourage these changes. Washington spends a significant amount of money supporting state criminal justice systems: Those dollars could be used to reward policies that reduce rather than entrench mass incarceration.

Ultimately, the FIRST STEP Act is one step in the right direction for reducing mass incarceration in the United States. It has elevated criminal justice reform as a rare space for bipartisan consensus and cooperation in a fractured national political environment. With an awareness of that consensus, we should push for the bigger next steps that will move us toward ending mass incarceration. 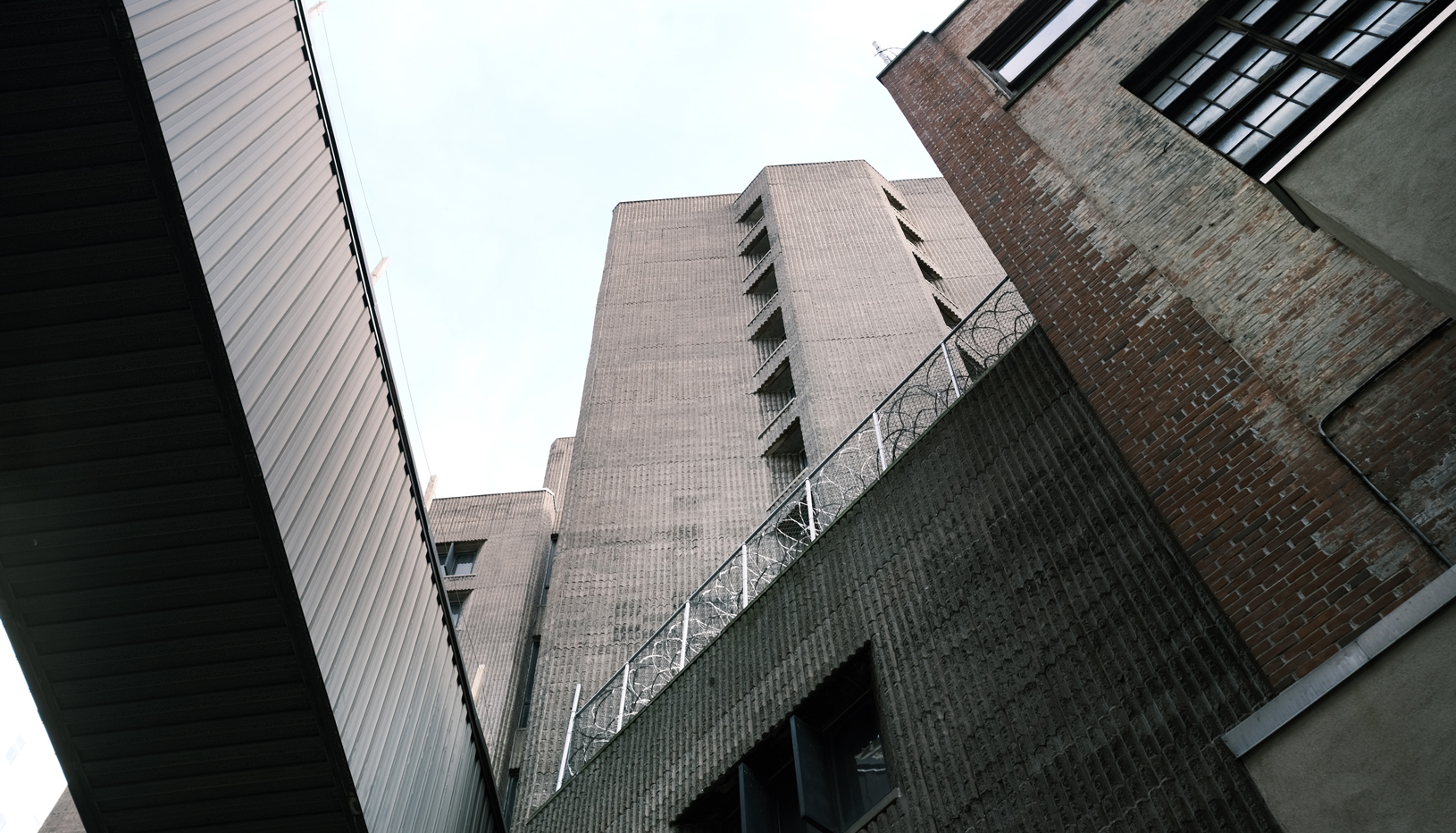 What Is the First Step Act — And What’s Happening With It?

While much of the law is operating as intended, a secret change is keeping more people in federal prison during the pandemic.