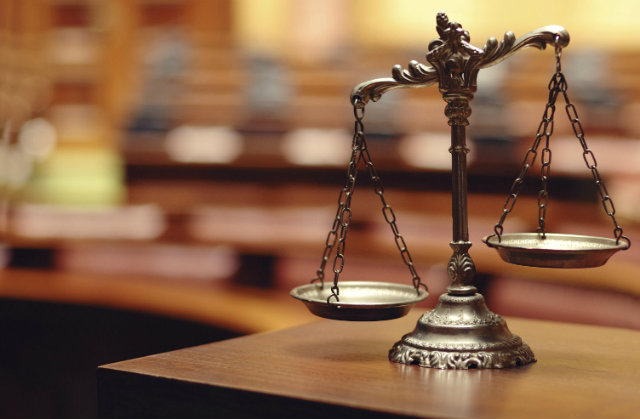 The New York Times Sunday published an extraordinary piece of online commentary that touches upon one of the central themes of law and justice in modern America — a critical intersection of philosophy and policy that our nation’s political, legal and moral leaders rarely mention, let alone address. Pondering whether systemic racial disparities in our justice systems undermine core democratic values, two scholars, Jason Stanley and Vesla Weaver, posit that our zeal to perpetuate the national myth of an ideal democracy blinds us to the manifest injustices and legal inequalities in our rules of law.

In their piece, “Is the United States a ‘Racial Democracy,’ Stanley and Weaver write:

There is a vast chasm between democratic political ideals and a state that is a racial democracy. The philosopher Elizabeth Anderson argues that when political ideals diverge so widely from reality, the ideals themselves may prevent us from seeing the gap. Officially, the laws in the United States that govern when citizens can be sent to prison or questioned by the police are colorblind. But when the official story differs greatly from the reality of practice, the official story becomes a kind of mask that prevents us from perceiving it.

This paragraph represents a thought I have been trying to express for years as I’ve covered the law and justice beat. We indoctrinate our children about myths that purport to make America’s rule of law exceptional — that there is equal protection under the law, that there is no cruel and unusual punishment, that there is a constitutional right to a fair trial, that defendants are entitled to an attorney — and yet in practice these rights, these protections, are ignored in profound and universal ways. We are content enough that these rules exist on paper, for posterity and the record, without caring nearly enough about the ideals behind the rules to ensure that they are enforced in ways that bring consistent justice and fairness to those people caught up in our justice systems.

So we pretend that we have equal protection under law even as people of color are disproportionately arrested for marijuana or sentenced to death. We cite statistics about the increase in black jurors even as we tolerate cases of institutional racism still corroding our criminal trials. We profess to outlaw cruel and unusual punishment even as our jails and prisons become places of torture. We boast to the world about our fair trials even as judges and juries and prosecutors scramble to defend proceedings that are so unfair and biased they beggar belief. And 50 years after we put the “right to counsel” on the record the sorry fact is the law is content to permit millions of Americans to be convicted without the benefit of a competent attorney.

These gulfs in American law, between the laws as written as the law as it is practiced, may be narrower than they were 100 years ago. But they are nowhere close to narrow. Near the end of their piece, Stanley and Weaver acknowledge this:

The founding political ideals of our country are, as ideals, some of the most admirable in history. They set a high moral standard, one that in the past we have failed even to approximate. We must not let their majestic glow blind us to the possibility that now is not so different from then. The gap between American ideals and American reality may remain just as cavernous as our nation’s troubled history suggests.

If we all were honest with each other, and with our children, we would admit that we have come up short. We would bravely acknowledge the many flaws in our justice systems and then fix them. It would not be cheap. It would require a great many people, including a great many of the nation’s political and legal leaders, to admit past mistakes. And it would take a level of sustained commitment to values — like racial equality — that America has never fully embraced. But at least such reforms would be true to the ideals we profess to cherish, from one generation to the next, and which we honor everyday in our national rituals. Every morning, for example, millions of our children recite a pledge that ends with: “With liberty and justice for all” Sorry, kids, but the truth is that there is no “liberty and justice for all” in America. There never has been — and unless we change our attitudes there never will be.

What the two authors did not offer was an explanation for why Americans fall so short of the ideals they mythologize. For that, I asked Elizabeth Anderson herself to offer the last word. A professor at the University of Michigan, and the philosopher to whom Stanley and Weaver referred in their Times’ piece, it’s fair to say that no one has thought or written more about this dichotomy. Why, I asked her on Wednesday, do the ideals blind us to the reality? Her response:

People want to believe that they are already living up to their ideals. They think that living up to their ideals is simply a matter of consciously affirming them, and not noticing when they are deviating from them.  People think, “If I am not intentionally violating my ideals, how could I be failing to live up to them?” That is the core of the myth of “color-blindness.” People assume that if they are not deliberately discriminating by race, then no one is suffering from racial discrimination.

The reality is that we are unaware of most of what we do. Discrimination is deeply rooted in habits, perceptions, and stereotypes that operate behind our backs, beneath our notice. So even as we act in ways that disadvantage others, it is difficult for us to see how their disadvantage could have anything to do with how we are treating them. People think it must be their fault. Racial segregation cements these perceptions into place by insulating whites from the challenging perspectives of racial minorities.