During his acceptance speech in Cleveland, Donald Trump made the following statements on crime. See below for a fact-check on each: 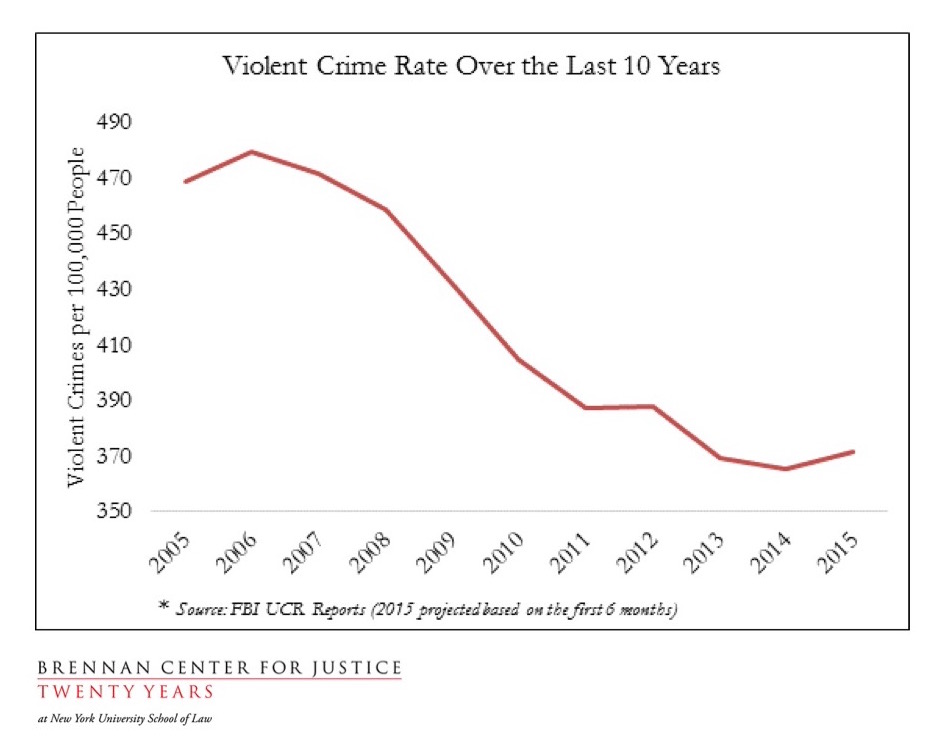 “Overall, crime rates remain at historic lows. Fear-inducing soundbites are counterproductive, and distract from nuanced, data-driven, and solution-oriented conversations on how to build a smarter criminal justice system in America,” said Ames Grawert, a counsel in the Brennan Center’s Justice Program. “It’s true that some cities saw an increase in murder rates last year, and that can’t be ignored, but it’s too early to say if that’s part of a national trend.”

For more information, see our recent report, Crime in 2015: A Final Analysis.