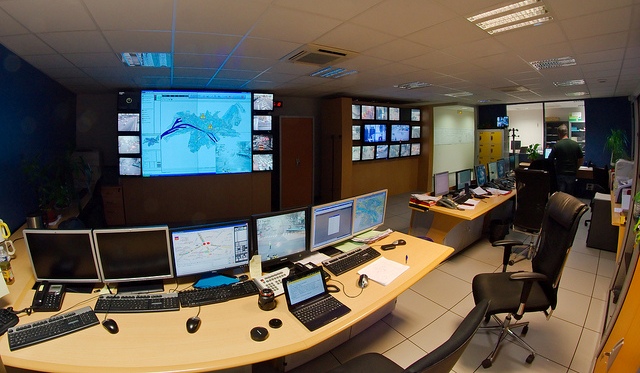 Crossposted from The Advertiser.

The U.S. has become a national security state driven by crisis and fear. This week’s revelations that the National Security Agency has turned its vast spying capabilities onto Americans’ communication — their phone data, email accounts and Facebook profiles, according to reports — undermine the promise that America is a democracy in which citizens are, as James Madison put it, “the primary control on the government.”

The nation’s strength stems from the idea that the Constitution and laws are wise restraints curbing government power and creating room for individual freedom. But history shows that each time the executive branch succumbs to fear and expands its power in the name of national security, liberty is diminished.

Expanding secrecy in the wake of crisis and being fueled by fear is not a new phenomenon. In the mid-1970s, the Senate launched the first investigation of U.S. intelligence-gathering. It revealed that under the guise of combating subversion, the FBI had grossly exceeded its authority for decades. The Bureau infiltrated civil rights organizations, spied on domestic groups of all sorts and even attempted to induce Martin Luther King Jr. to commit suicide. At least people had heard of the FBI.

Meanwhile, another vast intelligence bureau, the NSA, was operating entirely in secret. In fact, the common joke was that NSA’s acronym stood for “No Such Agency.” The Church Committee discovered that the NSA had been monitoring every cable leaving the United States and all communications to and from amateur radio operators, with no oversight whatsoever.

More alarmingly, the NSA had the ability to monitor private communications of citizens without physically installing a tap on an individual phone line. Sen. Church prophetically warned, “The danger lies in the ability of the NSA to turn its awesome technology against domestic communications.”

Almost exactly 40 years later, it appears the NSA is doing precisely that.

According to reports, the NSA and FBI have tapped into servers of at least nine major Internet companies, including Microsoft, Google, Facebook and Apple. Now, rather than telegrams and radio transmissions, the NSA has access to an unprecedented trove of information: from emails to photos to videos.

The Church Committee warned that if we do not “confront our mistakes and resolve not to repeat them… we will decline.” Many of the government’s responses to 9/11 were necessary and productive, but expansion of executive power to spy on innocent Americans undermines the nation’s constitutional values.

Let us hope we learn from our current experience and strike a better balance between constitutional rights and the fight against terrorism. Only then will the country’s future be worthy of the ideals put forth by the nation’s founders.