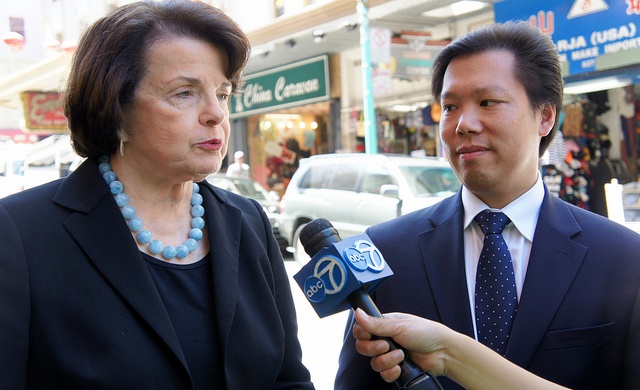 Crossposted from The Los Angeles Times.

On the surface, the battle between the Senate Intelligence Committee and the CIA looks to be a classic he said/she said story. Did the CIA improperly monitor computers used by committee staffers as they investigated the agency’s earlier torture program, as Sen. Dianne Feinstein (D-Calif.) alleges? Or did the staffers help themselves to CIA documents they were not authorized to possess, as agency officials counter?

The problem with this narrative is that it implies a false equivalence between the two claims. Even if the CIA’s version of events is accurate, it is the agency’s conduct that should concern us.

The documents at the heart of the dispute are draft versions of the so-called Panetta review, an internal analysis of the CIA’s torture program conducted for then-CIA chief Leon Panetta. The review’s conclusions reportedly validate the findings of the Senate committee’s own study — namely, that the brutality of the “enhanced interrogation techniques” was unjustified by any national security benefit.

This is particularly notable because the CIA’s official written response to the committee’s work contested the very findings that the Panetta review purportedly supports. (All of these documents remain classified, but insiders have disclosed their general content to reporters.)

According to a speech Feinstein gave on the Senate floor, the Panetta review was part of millions of documents made available to the committee by the CIA. The agency refused to release the full cache of documents to the committee, instead requiring staff to view the documents using a walled-off network of CIA computers at a secure CIA location. The agency agreed to access the network for technical purposes only. In fact, however, CIA Director John Brennan informed Feinstein that the CIA had conducted a search of the dedicated network — including, she claims, the staff’s own work product — after learning that staff might have accessed the Panetta documents.

If true, this account suggests executive misconduct of historic proportions. The Constitution vests Congress with the authority to oversee the activities of the executive branch. Covertly spying on the committee’s investigative activities constitutes gross interference with a core congressional function. The situation is compounded by the fact that the CIA’s acting general counsel, who was closely involved with the torture program and is named 1,600 times in the committee’s study, filed a report with the Justice Department alleging that committee staff committed a possible crime by accessing the Panetta review.

As Feinstein noted, the foreseeable effect of this action, and its likely purpose, is to intimidate committee staff and dissuade rigorous investigation — an apparent violation of the Constitution’s separation of powers.

The CIA’s version of events appears in a letter Brennan wrote to Feinstein in January, leaked by a government official after Feinstein’s speech. Brennan asserts in the letter that the Panetta review is subject to executive privilege because it reflects sensitive internal deliberations. Accordingly, he contends, committee staff was not authorized to access the documents and the CIA did not make them available. Speaking off the record, officials have posited other means by which committee staff obtained them — by hacking into the CIA’s network or through a CIA whistle-blower.

Suppose it is true that the CIA did not give committee staff permission to view the documents. Why not? Executive privilege is not a satisfactory answer. The Supreme Court has made clear that even the strongest form of executive privilege, which protects communications between a president and his advisors, is qualified rather than absolute. In other words, it must yield if a co-equal branch of government needs the information to perform its own constitutionally assigned functions. Even if that were not the case, claims of privilege for presidential advice or agencies’ deliberations may be waived.

The committee’s investigation represents a legitimate exercise of constitutionally conferred authority. There is little doubt the Panetta review was important to the investigation: It contradicted the official statement that the agency had provided and reinforced the validity of the committee’s findings. Committee staff therefore had every right to the document, regardless of its privilege status. The CIA’s attempt to withhold it was improper. (Of course, the CIA’s improper withholding would not give committee staff license to hack into the CIA’s computers, but that insinuation is frankly implausible — if only because security-cleared staffers generally are issue experts, not skilled technologists.)

More fundamentally, the essence of Feinstein’s complaint is that the CIA interfered with the committee’s oversight, while the essence of the CIA’s complaint is that the committee engaged in a little too much of it. Given all that has been revealed since 9/11 about the executive branch’s secret, unprecedented and sometimes even unlawful exercises of power, the notion that other branches of government should tread more lightly in their oversight rings hollow.

Whichever version of events holds true, the story is the same: The executive branch is resisting legislative oversight at a time when it has never been more necessary.