The federal government has been partially shut down since December 22 amid President Donald Trump’s demands for more than $5 billion in funding to build a wall on the U.S.-Mexico border. As the shutdown continues, Trump has said he’s likely to declare a national emergency in order to get the funds needed for the wall without the approval of Congress. 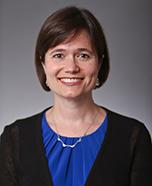 Elizabeth Goitein, who co-directs the Brennan Center’s Liberty & National Security Program, authored an extensive report for The Atlantic, published in December, that outlined the full array of powers that become available to the president if he declares a national emergency, and showed how ripe they are for abuse.

Goitein spoke with Brennan Center staff writer Tim Lau about whether Trump can declare an emergency in order to fund the border wall — and how Congress should review and reform the current system for emergency powers.

President Trump is thinking about declaring a national emergency to secure money to build the border wall. But is that something he can actually do?

So that’s actually two different questions. The first question is, can President Trump declare a national emergency when there’s no actual emergency? The second question is, does that mean he can build the wall? It’s important to separate those two questions.
In terms of whether he can concoct and declare a national emergency, it’s certainly an abuse of power, and particularly in this instance. Not only is there no emergency, it’s anything but an emergency. It’s really business as usual, except maybe a bit better in terms of the levels of illegal border crossing.
Now, when Congress passed the National Emergency Act in 1976, it chose not to define “national emergency” and not to create any criteria or requirements that had to be met. For that reason, even in a situation where it’s clear to you and me and to most reasonable people that there is no emergency, many judges would ordinarily be reluctant to overturn the president’s assessment.
But President Trump has really undermined his own legal case with his statements and his behavior. He keeps saying that he wants to give Congress more time, and that he’ll only declare an emergency if Congress doesn’t give him funding. But emergency powers are supposed to give the president more flexibility in cases where Congress doesn’t have time to act. And they were never intended to be used to get around the will of Congress. When the president invents an emergency in order to fund a project that Congress has very explicitly declined to fund, that’s an effort to undermine the constitutional allocation of powers.

What’s the rationale behind giving the president emergency powers?

Emergency powers are based on a sound idea: that ordinary laws might not be sufficient in a true crisis to deal with whatever that situation is. That’s because emergencies are, by their nature, unpredictable, and so Congress might not have thought of the right authorities that the president would need during the emergency.

Therefore, the president might need some more flexibility temporarily, either until the emergency passes or until Congress has time to act and to provide the authorities the president needs. Emergency powers are meant to fill that gap, to give the president that additional flexibility for a temporary period of time.

But what’s the historical context? How did these emergency powers come to be, and why did Congress leave “emergencies” undefined?

Congress passed the National Emergencies Act in 1976 as a way to try increase congressional oversight and supervision over presidential declarations of emergency. Presidents were declaring emergencies already. That did give them access to powers in laws that Congress had passed. But the whole thing was happening outside the view of Congress and without a lot of transparency in terms of what powers the president was using, and without Congress really having any role or any say.

The National Emergencies Act was designed to increase checks on the president’s use of emergency powers. But all of those checks were after the fact. The president declares an emergency and is really free to do so. But at that point, he has to specify in his emergency declaration which provisions he plans to rely on. So there’s some transparency there. He also has to report to Congress every six months on expenditures during the emergency, which provides for some additional transparency and accountability.

The emergency expires after a year unless the president renews it. That was supposed to keep emergencies from dragging on forever. It really hasn’t worked at all because Congress made it very easy to renew the emergency. It’s as easy as issuing the declaration in the first place. The president just has to sign a piece of paper. That one didn’t work out so well.

Then — and this is probably the biggest check that Congress put into the law — Congress is supposed to meet every six months while an emergency is in effect to consider a vote on whether to terminate the state of emergency. It’s been 40 years, and during each of those years, there’s been at least one state of emergency in effect. So in theory, Congress should have met and voted 80 times, but Congress has not done that once. That part of the law is really just a dead letter. Congress has abdicated that responsibility.

What are the most tangible steps Congress can take in the near future to make sure these powers are used to protect us, and not put us at risk?

Congress should be revisiting the National Emergencies Act to make sure the president doesn’t have a blank check to declare a national emergency in the first instance — but also to give Congress a less passive role in ending states of emergency that are going on too long. So rather than require Congress to muster a veto-proof supermajority to end the state of emergency, we should consider doing something like many other countries do.